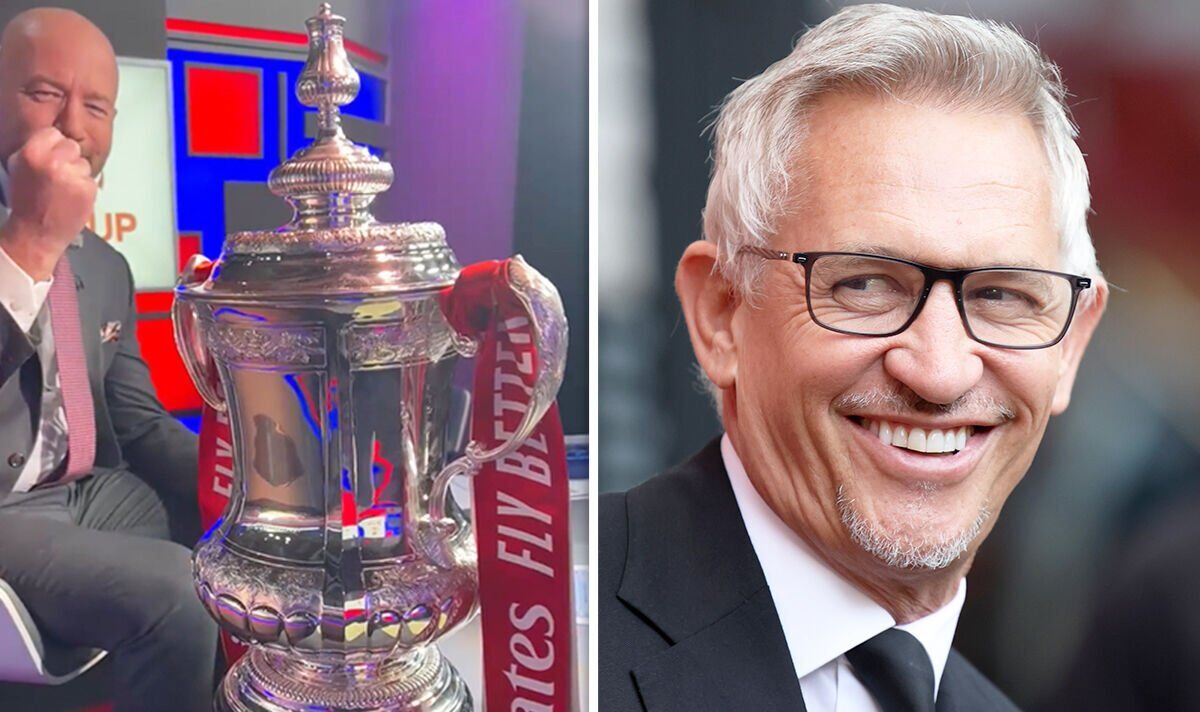 Alan Shearer has given Gary Lineker the middle finger after the Match of the Day presenter again mocked his lack of FA Cup success as a player. It has become a running joke on BBC’s coverage of the competition that Lineker pokes fun out of the fact that the former England striker never won the competition during his playing days.

Chelsea take on Liverpool in today’s FA Cup final at Wembley. And Lineker hasn’t even waited to go live on-air to take a pop at Shearer.

The 61-year-old, who won the trophy the last time Tottenham lifted it in 1991, posted a video on his Twitter account. The video showed a close-up of the famous cup, with Shearer in the background.

Lineker captioned the tweet: “Close @alanshearer”. Lineker filmed the video and could be heard saying: “There it is look, that little beauty. Here’s the cup you won,” while holding a plastic cup.

Shearer smirked at first before realising what Lineker was saying. The Newcastle legend then stuck his middle finger up at his colleague before laughing the joke off.

Shearer won the Premier League with Blackburn in his career but failed to lift the FA Cup. He was runner up with Newcastle two years in a row in the 1998 and 1999 finals.

But Shearer responded by mocking Lineker. He replied: “I work with you every week” accompanied by an ear emoji.

Last April, ahead of the semi-final between Chelsea and Manchester City, Lineker got the BBC production crew to include Shearer on a list of clubs to have won the FA Cup less than former Arsenal and Blues left-back Ashley Cole.