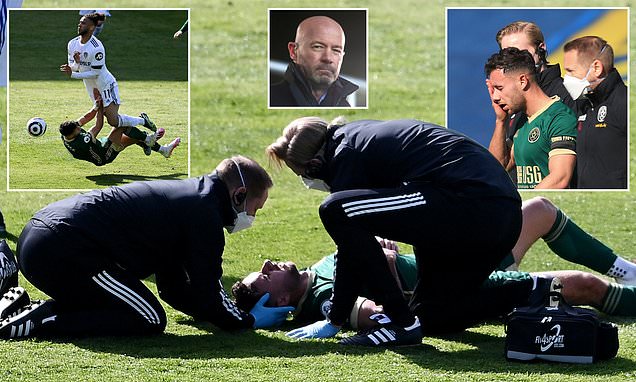 ‘When is football going to learn?’: Alan Shearer blasts Sheffield United for allowing George Baldock to return to the field amid concussion worries

Sheffield United have been criticised for delaying the substitution of defender George Baldock at Leeds after he appeared to be left groggy following a hefty challenge on Leeds United’s Tyler Roberts.

Alan Shearer, who made a highly-acclaimed television documentary Dementia, Football and Me, was appalled that Baldock was allowed to return to the action at Elland Road following concussion checks – only to then be replaced five minutes later shortly before half-time.

‘I look at it and I think, when is football going to learn,’ stormed Shearer, who was analysing the Yorkshire derby for Amazon Prime. ‘If in doubt, sit them out.’ 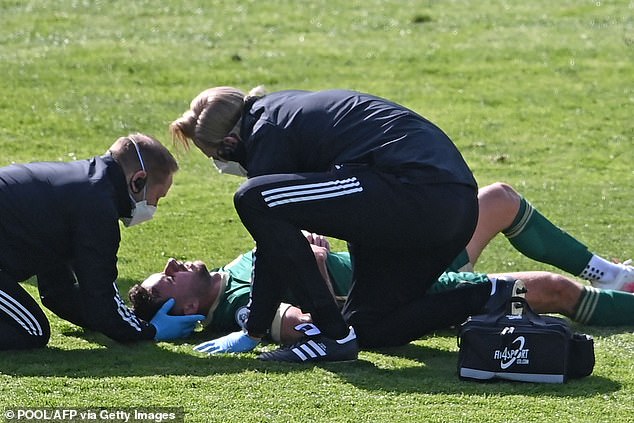 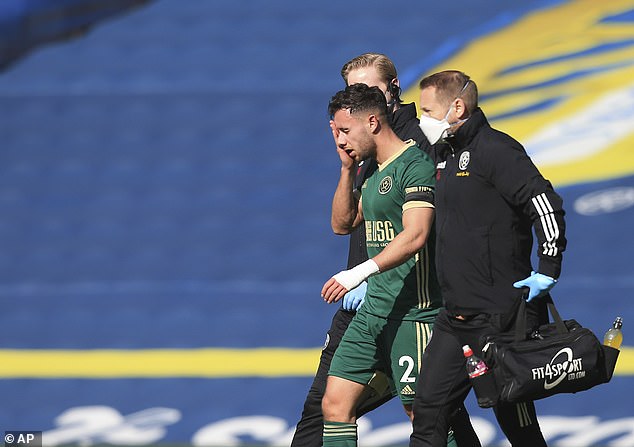 The incident was sparked by a high two-footed tackle by Baldock on Roberts that could easily have been punished with a yellow or red card.

In the aftermath of the challenge, Roberts’ knee caught Baldock’s face in the collision between them and the Blades player needed lengthy treatment both on the pitch and by the touchline as he was checked for concussion as Ampadu warmed up.

Unexpectedly, Baldock then returned to the action only for Sheffield to then introduce Ampadu as a concussion substitute five minutes later after the player suffered blurred vision.

‘He’s been assessed, he’s been allowed back onto the football pitch for five minutes and then clearly he’s not right and they’ve taken him off again,’ said Shearer. 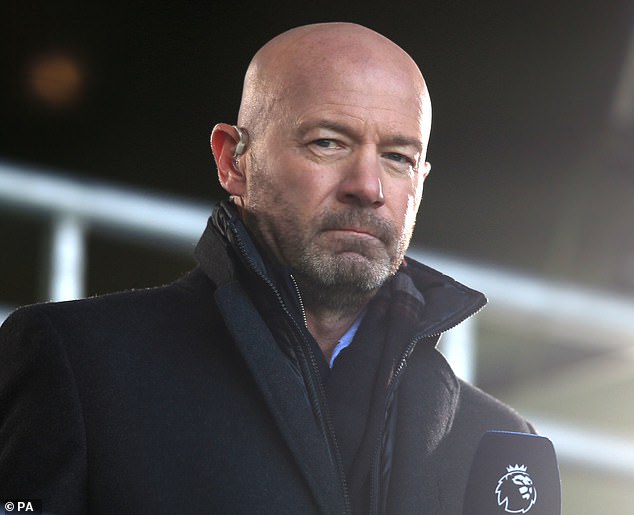 ‘Leave him off, take him off the pitch and assess him. Bring someone back on, that’s what the law was brought in for with concussion.

‘Now five minutes later he’s off, what is football waiting for. What is it doing, allowing this?’

Concussion protocols have been tightened since Spurs goalkeeper played on with a head injury that saw him temporarily lose consciousness in a game against Everton in 2013.

Sheffield United interim manager Paul Heckingbottom insisted protocols had been followed and that Baldock had been given permission to continue by medics before feeling groggy once he’d returned to the action. 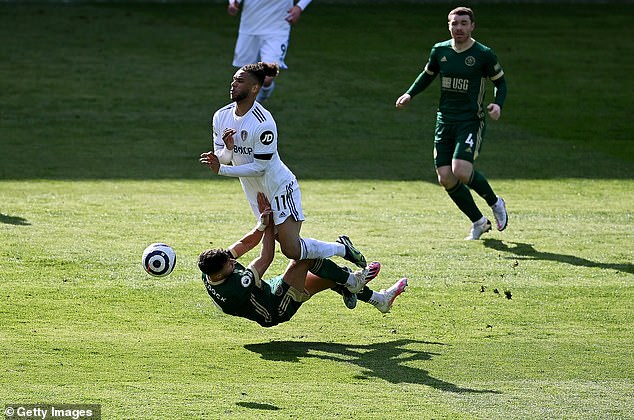 Ironically, Baldock could have seen red for his wild, out-of-control tackle on the Leeds forward

‘We followed the rules, we can’t take chances,’ said Heckingbottom ‘They checked him on the pitch and went through the checklist and if the player passes them, they assess them on the side of the pitch.

‘I am not sure what actions he did between that and struggling but he then started to not feel great. As soon as George reported any sort of symptoms we have to take him off.

‘Maybe there’s things that can be done further but we need to be led by the medics on things like that. We have to abide by further concussion protocols now so we’ll know more later.’

Ironically, United suffered another scare in the second half when Jayden Bogle was accidentally caught in the face by Ezgjan Alioski and was replaced by Rhian Brewster though Heckingbottom confirmed that was not a concussion substitution.