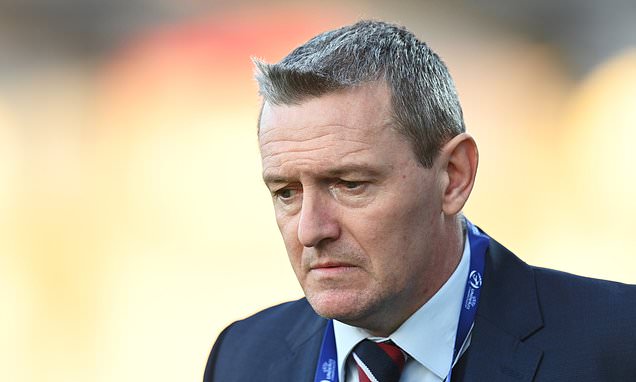 ‘Is it winning or development?’: Aidy Boothroyd defends his work as England U21s manager despite another early exit from the Euros as he insists he’s ‘doing what’s required’ to provide Gareth Southgate with senior players

Aidy Boothroyd has defended his work as England Under-21s manager after another European Championships exit – insisting he is doing well at his job in producing players ready for the Three Lions senior team.

The Young Lions finished bottom of their Under-21s Euros group stage for the second successive edition of the tournament as Wednesday’s 2-1 victory over Croatia was not enough to take them through to the knockout stages.

Boothroyd now faces an uncertain future as manager of the Under-21s with his contract expiring this summer, but the 50-year-old insisted he is still doing a good job in getting players ready for senior international football despite the poor results. 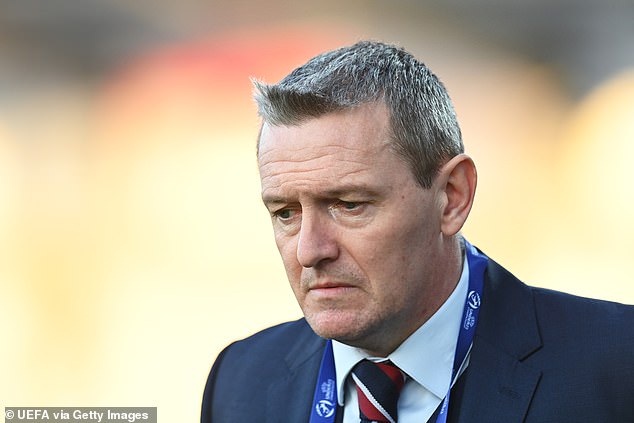 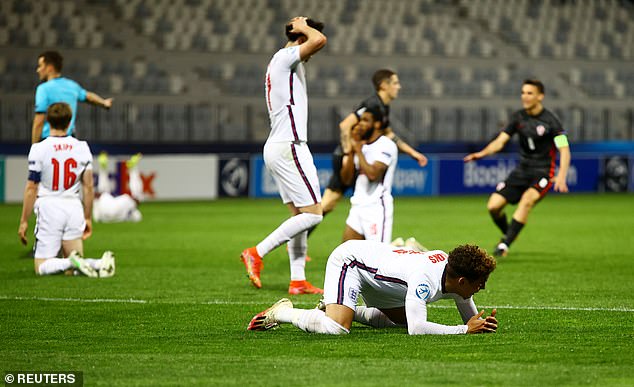 Boothroyd said after the Croatia defeat: ‘I’m fielding a lot of questions about my future. The other key thing we are talking about is the role – is it winning or development? It’s a little bit foggy at the minute.

‘I know what it is, the rest of the coaches do – we’re part of a pathway to produce players for Gareth. I’m confident that I am doing what’s required or this job.

‘If it’s about winning at Under-21 level and Gareth quite rightly takes your best players, the job is about producing players from 15 to 21 and up to the seniors.

‘I can’t do anything other than what I’m doing now, which is getting players through. These horrific experiences and learning from them, there’s nothing like getting beat in the last few minutes of a game when we were excellent. 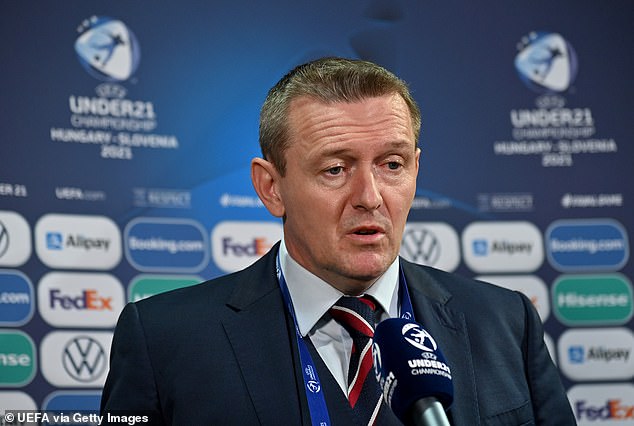 ‘We played fantastic football, created chances, hit the crossbar twice tonight and got beat on a thunderbolt shot that if the kid tried to do it another hundred times, he wouldn’t be able to do it again.’

The Under-21s side has acted as the pathway of several senior England stars, with captain Harry Kane, Phil Foden, John Stones, Jesse Lingard and James Ward-Prowse acting as some of the players to make the step up from youth to senior level.

But England were one of the favourites to win the European Championships and came into the tournament with several players playing for top-flight clubs. 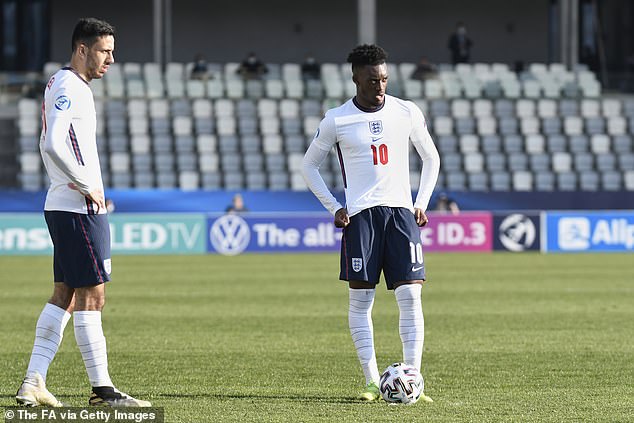 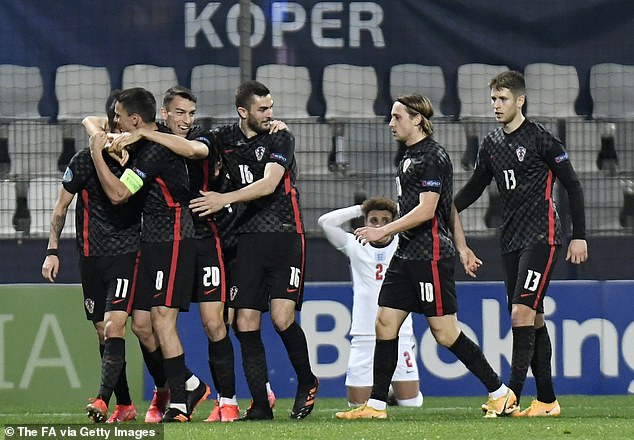 But the Young Lions began the tournament terribly by losing their first two matches to Switzerland and Portugal, failing to register a shot on target in either of the matches.

Before the Croatia match, Boothroyd claimed the England Under-21s job was the ‘impossible’ job in football but England nearly reached June’s knockout rounds of the European tournament on Wedesnday night.

Needing a victory of two goals or more to progress, England were minutes away from reaching the latter rounds after Ebere Eze scored a penalty and Curtis Jones added a second with 16 minutes remaining. 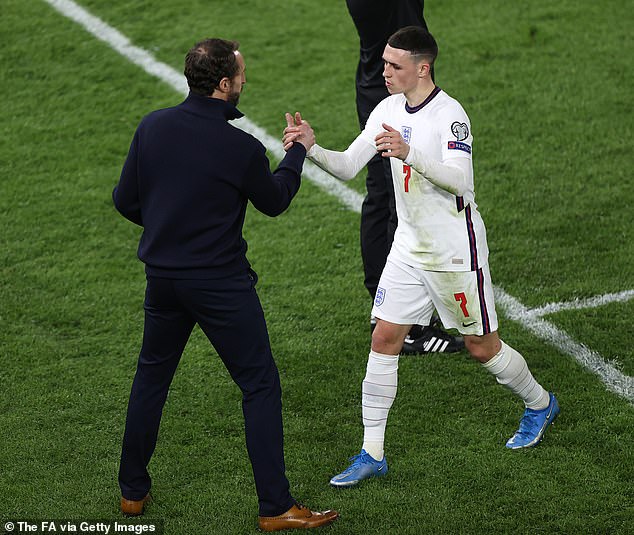 But Domagoj Bradaric’s injury-time stunner broke England’s hearts and put Croatia through on goal difference instead.

Boothroyd admitted that discussions about his future will take place and that the decision lies with England manager Gareth Southgate and FA technical director John McDermott.

The 50-year-old added: ‘Gareth and John will let a bit of time go to gather our thoughts. We’re due to do a review on senior team and under-21s.

‘I can’t put a time on that but in a week or a couple of weeks, depending on what they have on.’