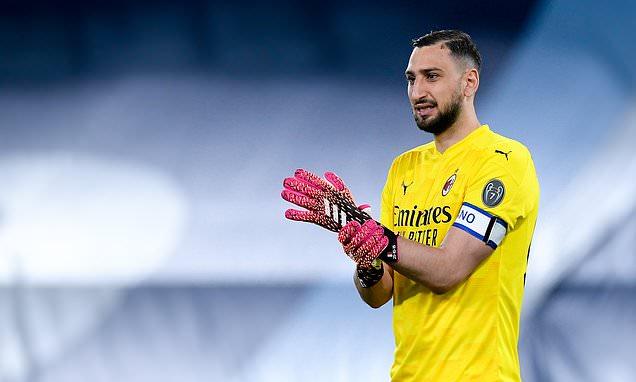 AC Milan technical director Paolo Maldini says the club has paused contract renewal talks until the end of the season after a group of fans confronted goalkeeper Gianluigi Donnarumma at the club’s training ground.

The Italy international’s future is uncertain as he is out of contract in June, and a group of hard-line Ultras went to the club’s Milanello complex on Saturday to address the situation directly.

Italian news agency ANSA reports that the fans told the goalkeeper that he should not play in Milan’s crucial Serie A match against Juventus next Sunday unless he renews his contract. 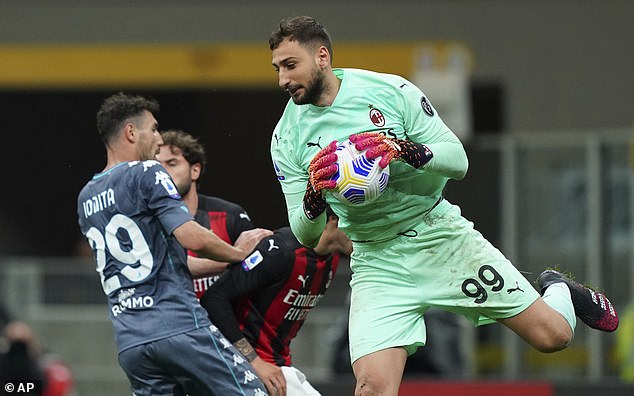 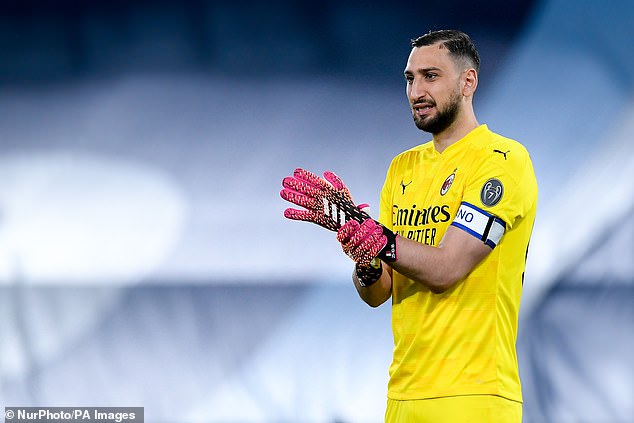 ‘It’s important to firmly reiterate that no one outside of AC Milan can decide who plays and who renews their contract,’ Maldini told ANSA.

Donnarumma is not the only key player at Milan who will soon be out of contract, as playmaker Hakan Calhanoglu is also yet to agree a new deal.

But Maldini said that there will be no progress about renewals until the season is completed on May 23. 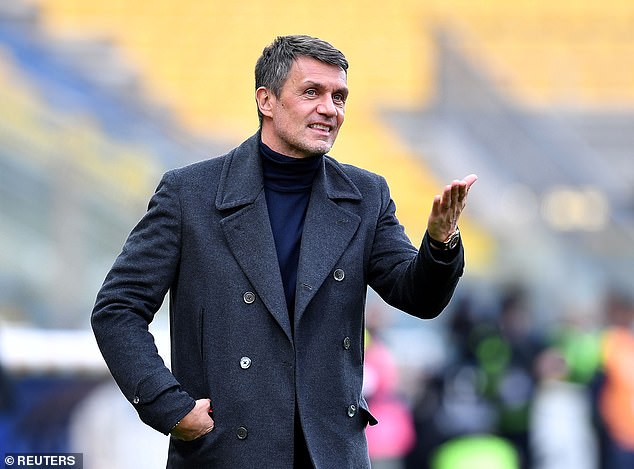 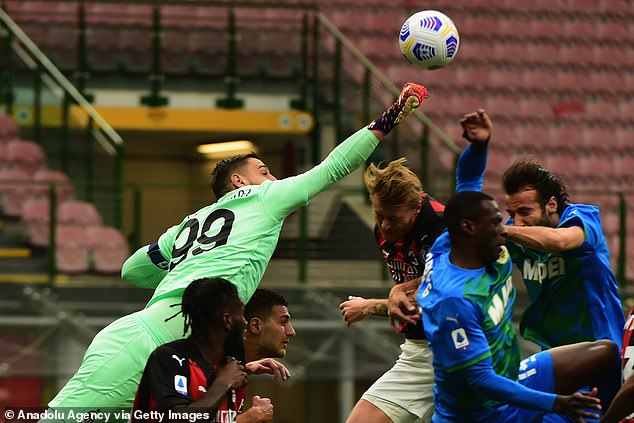 ‘From this moment every single renewal negotiation is frozen until the end of the season, to allow the team to focus solely on the league,’ he said.

‘In the meantime, we will continue to protect our players as we have always done.’

Calhanoglu scored and Donnarumma kept a clean sheet as Milan beat Benevento 2-0 on Saturday to climb to second in Serie A.