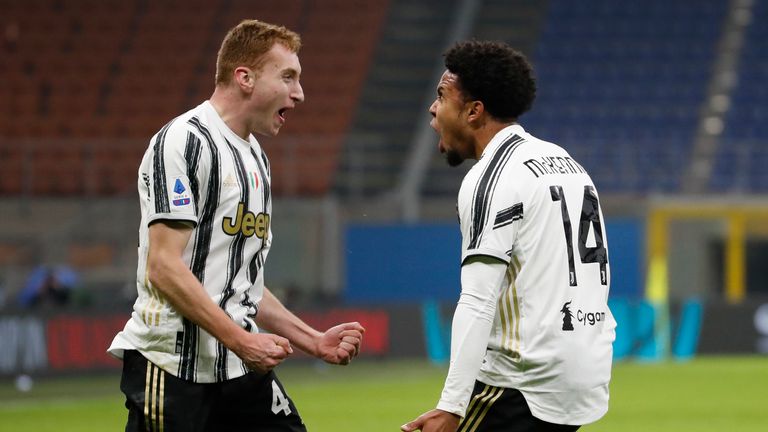 Italy winger Federico Chiesa stars for Juventus with double either side of a Davide Calabria equaliser; Weston McKennie seals win for Andrea Pirlo’s side to end AC Milan’s unbeaten start to the season Juventus ended Serie A leaders AC Milan’s unbeaten start to the season with Federico Chiesa starring in a crucial 3-1 win.

Italy winger Chiesa was the match-winner in an entertaining clash at the San Siro, opening the deadlock by capping off a well-worked team move started by a Paulo Dybala back-heel (16).

Despite the deficit, the hosts were not discouraged and grew into the game, finding an equaliser with an equally stunning team move finished by Davide Calabria (41).

But Chiesa restored Juve’s lead on the hour mark with a great run and finish before substitutes Dejan Kulusevski and Weston McKennie combined to secure the three points for Andrea Pirlo’s side.

AC Milan stay top of Serie A despite suffering their first league loss since March while Juve are up to fourth place, with a game in hand to be played against Napoli. Both sides arrived at the San Siro seriously depleted of their best players, with strikers Zlatan Ibrahimovic and Alvaro Morata sitting out the clash through injury.

There were also coronavirus-related worries for both clubs as AC Milan reported positive tests for Ante Rebic and Rade Krunic while Juventus full-backs Juan Cuadrado and Alex Sandro are also self-isolating after being infected this week.

Juventus made the brightest start and tested Gianluigi Donnarumma early on before Chiesa chested down a loose ball and crashed a thumping half-volley off the far post.

It was just the prelude to the opener, courtesy of a splendid Dybala back-heel through ball which found Chiesa in the box, and the winger calmly slotted past Donnarumma from 10 yards to break the deadlock. 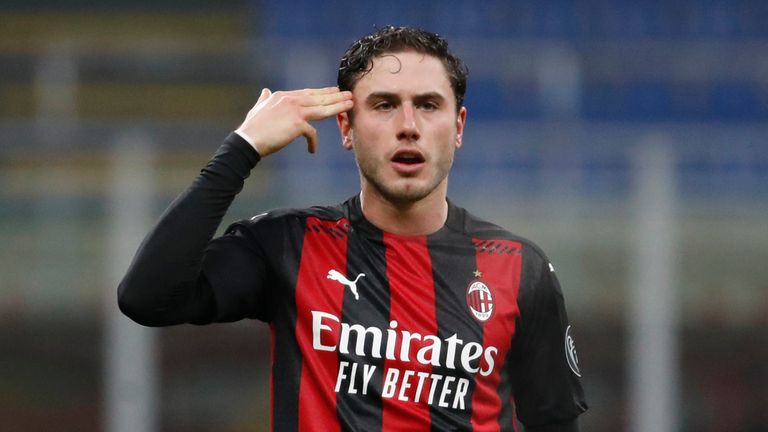 Milan felt the blow but refused to shy away and their resolution was rewarded shortly before half-time, when a stunning counter-attack spearheaded by Rafael Leao was finished off by Calabria into the top corner.

Juve’s experienced back-line dealt excellently with early pressure in the second half and gave Pirlo’s side the platform to use their quality in the final third, restoring the lead on the hour mark.

Chiesa beat Theo Hernandez down the right flank and curled a shot with his left foot past Donnarumma into the far corner.

The 23-year-old made way for Kulusevski after suffering cramps immediately after his goal, and it was the Swede who created the final piece of magic to secure Juventus all three points. 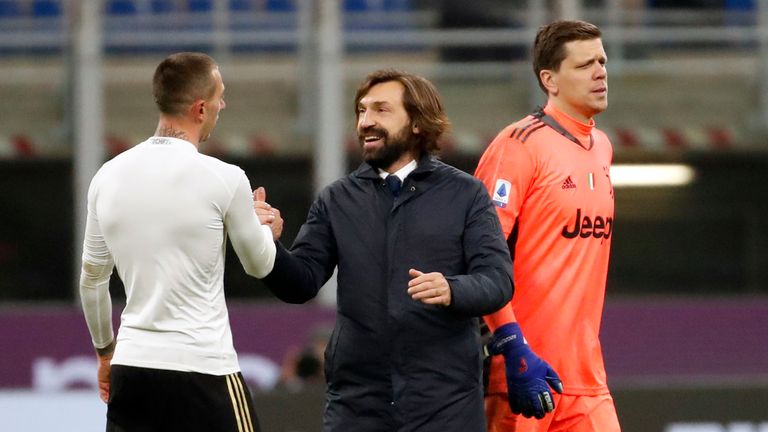 He ended a dazzling solo run down the right flank with a cut-back which McKennie met in the six-yard box and emphatically smashed home.

Hakan Calhanoglu tested Wojciech Szczesny multiple times and tried his luck in the latter stages but the former Arsenal goalkeeper stood firm to deny the hosts a late point.

Next up for leaders AC Milan is a double-header at home against Torino, first in Serie A on Saturday at 7.45pm and then in the Coppa Italia round of 16 on Tuesday at 7.45pm.

Juventus are back in Serie A action on Sunday night as they host high-flying Sassuolo at 7.45pm before their cup tie against Genoa on Wednesday next week – kick-off is at 7.45pm.