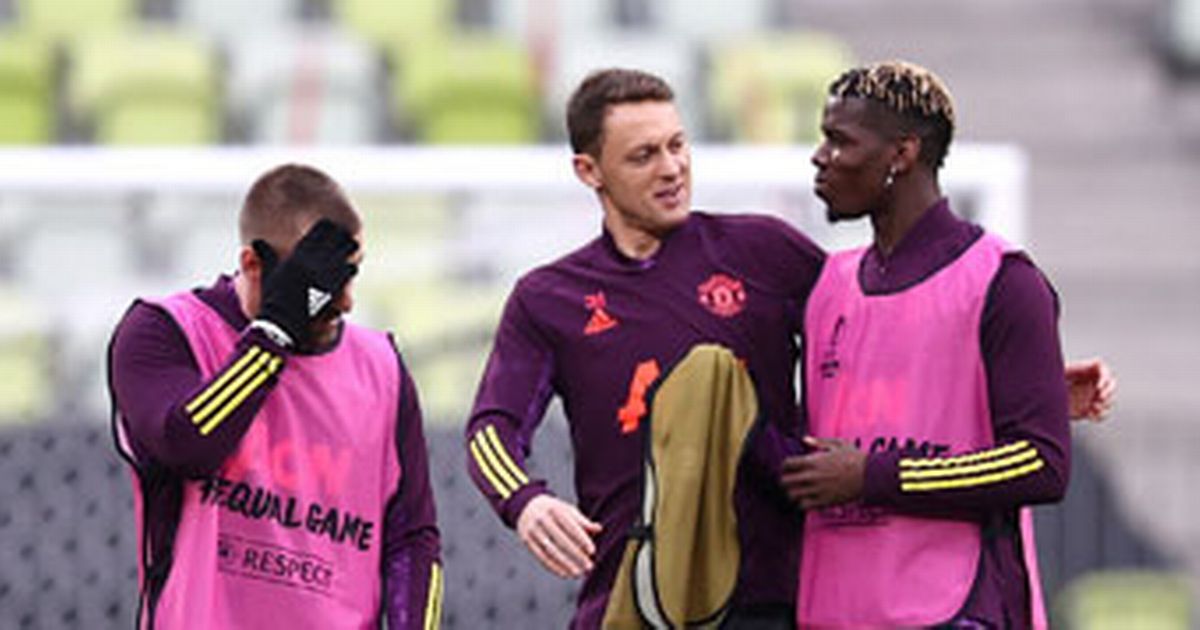 Manchester United could part ways with as many as nine first-team players during the summer transfer window as they eye several blockbuster additions at Old Trafford.

Ole Gunnar Solskjaer is aiming to win his first trophy as United manager when they take on Villarreal in the Europa League final on Wednesday, but should be backed in the transfer market either way.

With Harry Kane and Jadon Sancho among the names linked with the Red Devils in the last few weeks, they could clear their wage budget by waving goodbye to several fringe stars.

Daily Star Sport have taken a look at nine who could be pushed out the door ahead of the new Premier League season, two of which look set to go to Euro 2020 with England.

Dean Henderson may have displaced David de Gea towards the end of the recent Premier League season, but De Gea looks set to re-gain his place for the Europa league final in Gdansk.

Their Norwegian boss might well revert to the Spaniard as his first-choice before the new campaign, which would no doubt force Henderson to consider his options over leaving.

The 24-year-old has made 26 appearances in all competitions so far this season, but only 13 of those came in the Premier League. His current deal runs until June of 2025.

Tahith Chong came close to leaving Old Trafford last season amid interest from Inter Milan, but signed a new deal with the hope of regular minutes under Solskjaer.

However, the 21-year-old was loaned out to Belgian outfit Club Brugge, with the extended deal he recently signed only running until after the 2021/22 season.

The club might well have an option to extend that, but it might be in his wishes to further his career by finding a permanent move to a side in which he can play a starring role.

Veteran midfielder Juan Mata has made almost 300 appearances for United since leaving Chelsea to link up with David Moyes back in January of 2014.

The 33-year-old's current deal will expire following the Europa League final, and it remains to be seen whether the club will take up their option of extending it.

A return to Spain could provide the ideal final period of Mata's career, having impressed during his time in England with both Chelsea and United since leaving Valencia.

Nemanja Matic may have been a consistent performer under the guidance of Solskjaer, but has recently been behind both Scott McTominay and Fred in the midfield pecking order.

The 32-year-old's current deal is due to expire in 2023, and the club could eye some incoming cash by selling the Serbia International during the summer window.

Another arrival from Chelsea, Matic has made over 100 Premier League appearances for the club, scoring twice. The Europa League would mark his first trophy with United.

Jesse Lingard's loan move to West Ham has been a tremendous success for not just the player and the London club, but also United who could sell him on a permanent deal this summer.

Lingard has forced his way back into England contention before the European Championships this summer, with David Moyes detailing his desire to keep the 28-year-old next season.

The forward is under contract until June of 2022, which could force United's hand.

Diogo Dalot has not had the impact that he would've dreamt of having at Old Trafford and has been on loan with AC Milan since the start of the current campaign.

The 22-year-old could well join the Italian giants on a permanent deal this summer, with Luke Shaw and Aaron Wan-Bissaka holding down the full-back roles at United.

Dalot has made a total of 35 appearances for United, and is under contract until 2023. Andreas Pereira has hinted at a desire to leave united in the past, and has spent the current season on loan with Lazio in Italy.

The 25-year-old might be open to a return to South America, and looks to be keeping his options open while out of favour under Solskjaer Old Trafford.

His current contract runs until the summer of 2023. Sergio Romero looks set to leave United this summer after years of deputising for De Gea.

While the club have the option of extending his deal by another year, the 34-year-old looks set to leave the club on a permanent deal this summer with Tom Heaton arriving.

The Argentina stopper has kept 39 clean sheets across 61 games for the club and hinted at a new challenge on social media ahead of the final.

Lee Grant is another goalkeeper who could leave United before the new season starts having made only two appearances since his shock move to the club back in 2018.

The veteran stopper is out of contract, and isn't likely to have that extended with De Gea back in favour and Tom Heaton set to join his former club from Aston Villa.