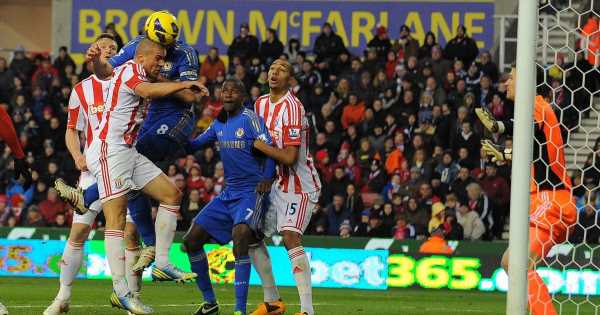 Plenty of players that have graced the Premier League during the league's 30 seasons have endured poor runs of form or simply been downright bad.

However, a select few have put in stand-out performances that are remembered simply for just how bad they were that day.

Whether it is scoring multiple own goals, repeatedly losing the ball, conceding a penalty, being sent off or all of the above, some players have suffered some terrible days at the office in the past.

Including David Luiz, Jamie Carragher and Massimo Taibi, here are the eight worst performances in the history of the Premier League.

After just over three months without a competitive fixture due to lockdown in the spring of 2020, players could have been forgiven for being rusty as Arsenal travelled to the Etihad to play City.

However, David Luiz's 24 minute cameo off the bench left little room for sympathy from Gunners supporters after he came on to replace Pablo Mari in the 25th minute.

First, Luiz sliced a clearance to gift Raheem Sterling an opener, before he fouled Riyad Mahrez in the penalty area in the 49th minute to receive his marching orders.

In the process, the Brazilian defender became the first player in five years to make an error leading to a goal, concede a penalty and be sent off in the same Premier League match.

Another Arsenal defender, but Carl Jenkinson was on loan at West Ham United at the time of his rough afternoon against newly promoted Bournemouth in August 2015.

The full-back repeatedly lost possession and was terrorised by the Cherries' wide players as the Hammers shipped four goals in a thrilling 4-3 home defeat.

To compound Jenkinson's misery he conceded a late penalty that provided what proved to be the winning goal and saw the young defender sent off.

Irish forward Jonathan Walters was a fan favourite during his time playing for Stoke City but he had a day to forget when they hosted Chelsea in January 2013.

Walters powered two headers into his own net either side of half-time as the Potters were beaten 4-0 at the Brittania Stadium.

To compound Walters' misery he spurned the opportunity to grab a consolation goal late on when he saw a penalty thunder back off the crossbar.

Coming into the match off the back of a poor run of form and under pressure from Arsenal supporters, Emmanuel Eboue was up against it after coming off the bench against Wigan in December 2008.

The pressure got to the Ivorian as he repeatedly lost possession and even tackled his own team-mate at one point during the 1-0 home win.

Arsene Wenger lost his patience in the last minute of the game as he withdrew Eboue from the action to a chorus of boos from the crowd at the Emirates Stadium.

Massimo Taibi had already conceded six goals in his first three matches for Manchester United and produced a calamitous error against Southampton the week before when United took on Chelsea in October 1999.

What followed was a performance so bad that he would never play for the club ever again.

Less than 30 seconds into the match, Taibi collided with Dennis Irwin to gift Chelsea an opener and he went on to concede four more in a 5-0 drubbing.

A 21-year-old Jamie Carragher endured a torrid day against Manchester United back in September 1999 in a performance that could have ended his Liverpool career.

Starting in the centre of defence, Carragher preceded to score two own goals in a 3-2 loss to one of the Reds' fiercest rivals.

Luckily for Carragher, he soon recovered from his horror display and went on to make over 700 appearances for Liverpool, the only club he played for professionally.

Drafted in for his debut in October 2014 in an attempt to deal with the threat of compatriot Sergio Aguero, new Tottenham Hotspur signing Federico Fazio had one of the worst debuts in Premier League history.

Aguero had already bagged two first half goals when Fazio brought him down in the penalty area to concede a spot-kick.

To make matters worse, Fazio was sent off for the foul before Aguero scored the resulting penalty to complete his hat-trick and later added a fourth for himself.

French midfielder Tiemoue Bakayoko had made a promising start to his Chelsea career after arriving from Monaco in the summer of 2017.

However, a trip to Watford in February 2018 proved to be a turning point in his time with the club and saw the end of the fans chanting that he "never gave the ball away".

Bakayoko misplaced a string of passes, was incapable of winning a tackle and generally looked lost during the first half at Vicarage Road.

To cap his performance he was sent off for a second bookable offence in the 30th minute as Chelsea slumped to a 4-1 defeat.

He has not played for the club since the end of his first season and is currently on his fourth consecutive season-long loan away from the club.