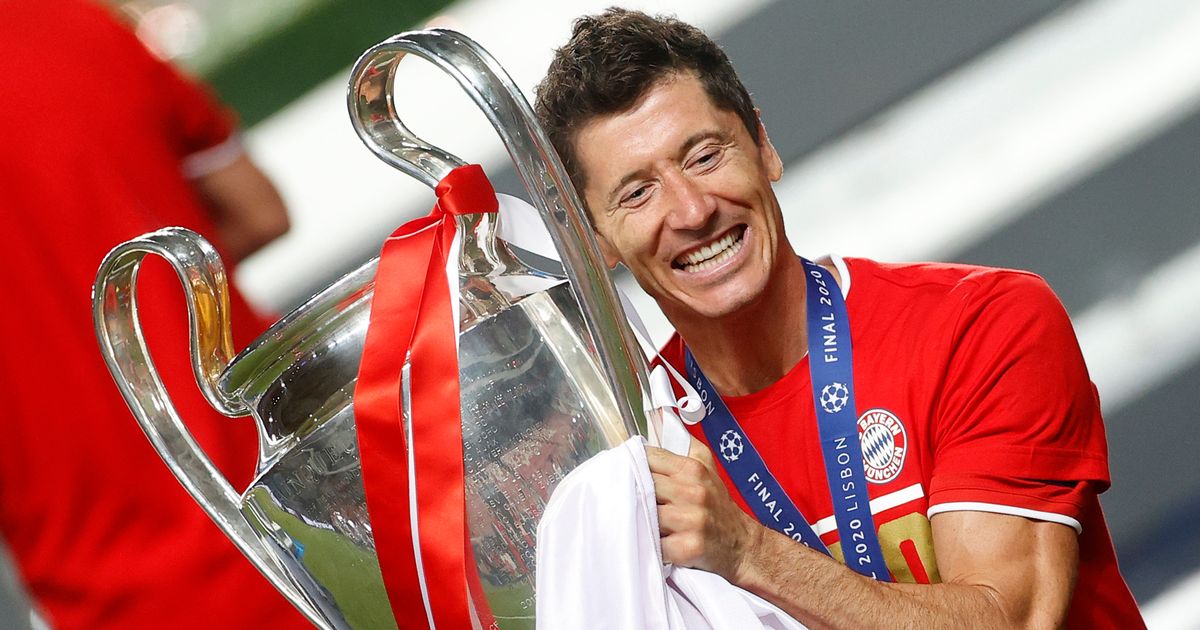 Sergio Aguero could end up being one of the greatest free transfers in history following his Barcelona switch from Manchester City this summer – but he has some stiff opposition.

The Argentina forward will join the club in July alongside Eric Garcia and Gini Wijnaldum at the expiration of their respective contracts, in a smart summer for the Catalan giants.

The art of acquiring star players without having to pay a penny to their former club has been an intelligent tactic since the Bosman ruling made it possible way back in 1995.

From Chelsea and Milan to Juventus and Liverpool, Daily Star Sport have put together eight of the best free transfers in recent memory – one of which lifted the Champions League this season.

The aforementioned Barcelona move represents a fine opportunity for both player and club, with Lionel Messi set to continue his stay as a close friend arrives.

His buy-out clause of €100million (£86m) shows how highly they rate the striker despite injury worries of late, having scored 260 goals across 390 fixtures for Manchester City.

Thiago Silva made history this season by lifting the Champions League with Chelsea – having only conceded four goals across their entire run in the competition.

The 36-year-old may have gone off injured in the final, but his impact has not only helped the club to European success but built the confidence of his team-mates.

His performances have been made all the more dazzling by the fact that he joined the club on a free transfer from PSG at the start of the season under Frank Lampard.

As well as being the most internationally capped Brazilian player of all time (142) and winning the World Cup twice in 1994 and 2002 – Cafu enjoyed a sensational career at club level.

The defender enjoyed spells with Sao Paulo, Palmeiras and Roma, but it was his move to Milan in the summer of 2003 which proved a cornerstone for his career.

The free transfer was followed by Serie A, Supercoppa Italiana, Champions League and Club World Cup glory, and he is now entered in both the Roma and Milan hall of fame.

The former England midfielder has played in a series of positions under Jurgen Klopp, and helped them to Champions League glory in 2019 and Premier League glory the following year.

Those honours came following his inspired free transfer to Anfield back in 2015, where he has gone on to feature in a total of 250 matches scoring 26 goals.

However, their failure to keep hold of the midfield magician came back to bite them hard, with him going to Juventus on a free transfer and winning four consecutive league titles.

Gianluigi Buffon said about Pirlo's transfer: "When Andrea told me that he was joining us, the first thing I thought was: "God exists". A player of his level and ability, not to mention that he was free, I think it was the signing of the century!"

Another masterstroke by the Old Lady was securing the signing of Paul Pogba on a free from Manchester United, with Sir Alex Ferguson failing to give him an extended first-team chance.

The French midfielder had been at Old Trafford since leaving Le Havre as a teenager, but opted not to sign a new deal before the 2012/13 season and was accused of showing no respect by Ferguson.

He went on to win four Serie A titles and four domestic cups before returning to United for an initial £89m – making it one of the most lucrative returns for a free transfer in history.

Henrik Larsson made his name at Celtic with a sensational 242 goals across 313 appearances following a mixed spell with Feyenoord – winning eight trophies in Scotland.

The former Sweden international would go on to sign for Barcelona on a free contract, playing for two season in Spain before a return to Sweden and loan at United.

During those seasons, Larsson helped the club to back-to-back league tiles and a Champions League final triumph over Arsenal – in which he played a starring role from the bench in his final game for the club.

Robert Lewandowski is without doubt the most successful free transfer in history – joining Bayern Munich from Borussia Dortmund in 2014 following back-to-back Bundesliga titles in 2010/11 and 2011/12.

The Polish icon has gone on to score 294 goals across just 329 appearances, breaking the Bundesliga record this season with a simply sensational 41 strikes in 29 outings.

Alongside his individual tally, Bayern have now won seven consecutive titles with the 32-year-old up front, and he shows no signs of slowing down with 103 goals across his last two seasons.