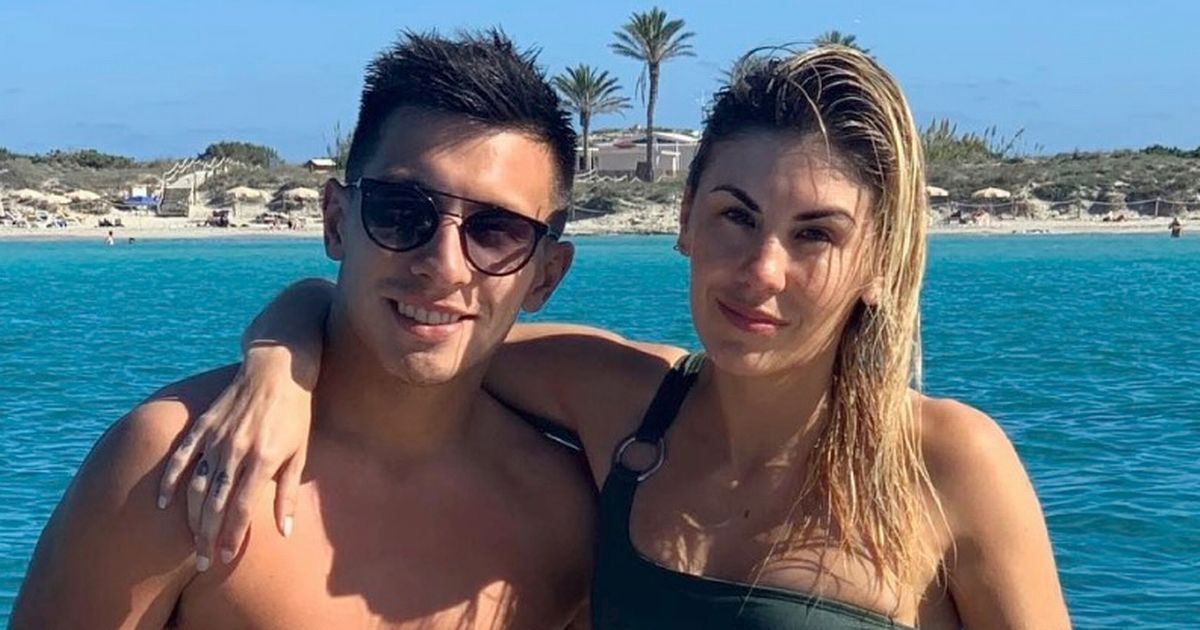 The Premier League is back with new clubs, managers, players – and, of course, the brilliant WAGs.

The reshuffling of the league means that we are about to become acquainted with some new faces across the board. But while the focus will undoubtedly be on the new names making their first entry in the world’s best division, it’s worth paying mind to some of the glamorous WAGS that will be joining them.

Here Daily Star Sport will guide you through some of the inaugural Premier League beauties that could take centre-stage – and in more ways than one.

The new Arsenal goalkeeper would have his hands full with his cheerleader wife from the States.

Ashley Herron was shaking her stuff for the New England Patriots when she caught Turner’s eye. The 25-year-old gorgeous WAG was even on show at Super Bowl LII. She is a Harvard graduate and now living the life of royalty in London.

Matt and Ashley became proud parents with son Easton, while they are also newly-weds.

Manchester United’s new defender Lisandro Martinez and Muri Lopez Benitez met when they were just 14 years old. True love has blossomed and now her man is playing for his former manager Erik ten Hag at United.

Benitez, who has on social media more than 30,000 fans, loves to tease her supporters with saucy snaps, leaving them gushing.

But with the number of snaps she posts from hot, exotic places, we just hope she and her boyfriend can stand the cold, rainy county of Cheshire.

Arsenal went and got themselves a new Vieira – only Fabio Vieira is a little bit shorter and Portuguese rather than French. And their new playmaker will be bringing along one Carina Raquel (if she’s not in England already).

The 21-year-old economics student emerged on the player’s Instagram feed last summer and things have become serious ever since.

In one picture, with the pair on holiday, in the Maldives, the two are sharing a kiss. Carina captioned the snap: "Blessed" along with a heart emoji. Cute!

OK, we are cheating a little bit as Alphonse Areola already played in the Premier League season. But it was on loan.

His permanent switch to West Ham means that surely, the beautiful Marrion Valette will be heading over to England as well.

His wife, 34, who’s Filipino-Lebanese, will be enjoying the sights of east London – while she may even fancy an underground over to the west side of the city, to Wimbledon. The mother-of-three is a keen tennis player and has a whopping 100,000 followers on Instagram,

Sven Botman is Newcastle’s biggest signing of the window so far. The Dutch youngster flew in from Lille to seal the deal earlier in the window.

And with him will be boding other-half Chana Kesselaar, who’s a talented fashion artist that posts her work on Instagram. Dutch herself, Chana resides in Amsterdam – though it’s probable she will be in the Toon more often than not now.

The pair got married in Mallorca just this summer. When her man put pen to paper at City, she expressed her support by posting an image with the caption: "So proud of you."

Boubacar Kamara was something of a coup for Aston Villa, with the highly-rated midfielder becoming a free agent and signing on a free deal. By his side in the Midlands is Coralie Porrovecchio, his 26-year-old wife. The pair have two children, sons Leeroy and Kingsley.

Coralie is already well known in her home nation of Belgium owing to a superb modelling career. She came second in the Miss Belgium beauty contest when she was 18 years old.