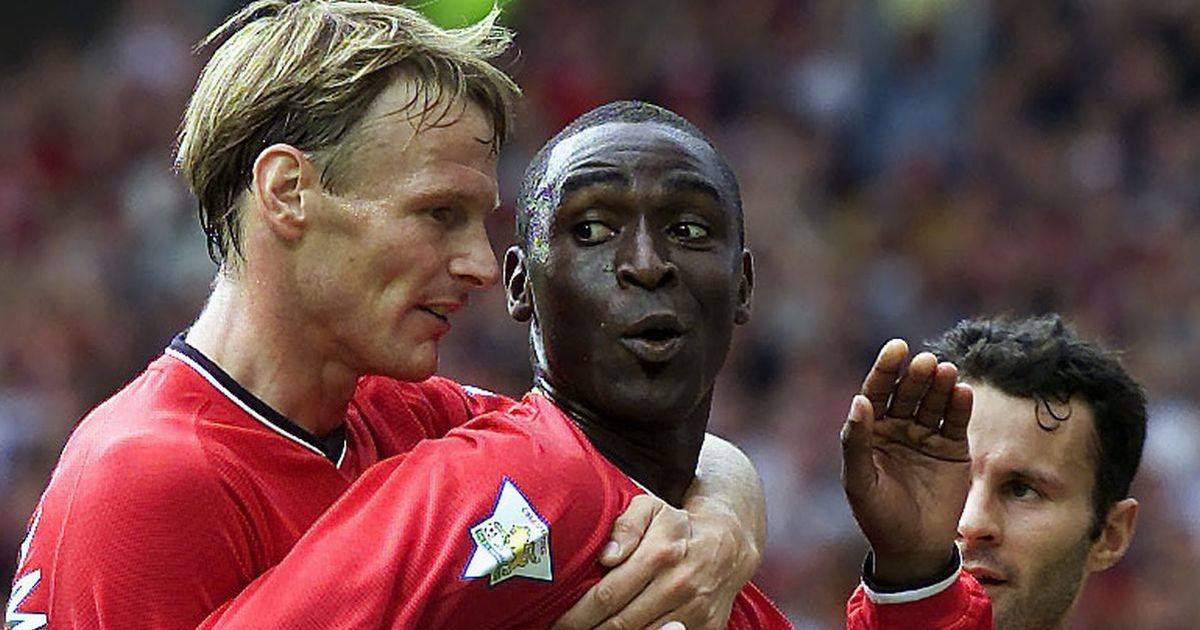 Football has a litany of cliches that have gone on to define the game.

You know the ones: you can't win anything with kids, it's a game of two halves, and could he do it on a wet and windy Wednesday in Stoke etc…

However, the most enduring of these cliches is: 'it's a team game', and despite how many times Lionel Messi has challenged this sentiment, it still rings true.

And we've seen teammates that have been the best of friends over the years, however, like any workplace, rifts can form, and so we are looking at six pairs of teammates who couldn't stand each other.

Sheringham and Cole formed one of the Premier League's most formidable striker partnerships.

Together they fired Manchester United to numerous Premier League titles, and they were both present during the famous treble-winning campaign in 1999.

However, the pair didn't see eye-to-eye after Cole made his England debut, and he was snubbed for a handshake from his club teammate.

“From that moment on, I knew Sheringham was not for me. We played and scored tons of goals together after that incident, but I never said a single word to him," Cole later recalled.

On the losing side of the 1999 Champions League final were Bayern Munich's Matthaus and Effenberg, and their feud rivalled that of Sheringham and Cole's.

With Effenberg's controversy riddled career winding down, he decided to release an autobiography, and one chapter was titled 'What Lothar Matthaus knows about football' and its contents? A blank page.

Matthaus, on the other hand, once told German media that Effenberg should be sold because he was 'weak' and 'had lost his touch'.

They were bickering as recently as last year when Matthaus suggested that Julian Nagelsmann should take over as Bayern Munich's manager.

Icardi and Lopez, at one time, were the best of friends; they both played youth team football together in Argentina, however, Icardi was the only one of the pair to graduate to the senior team.

The pair linked up in Italy again – at Sampdoria – but this spelt the end of their friendship.

Icardi and Lopez's wife began an affair, and they later married.

Icardi, now the stepdad to Lopez's kids, has them tattooed on his arm, and the pair refuse to acknowledge each other when on the pitch.

When Bale arrived at Real Madrid from Tottenham, the Madrid faithful would have been hoping the Welshman and Ronaldo could strike up a partnership to rival Messi and Neymar.

However, the pair never quite clicked on the pitch, and their egos butted off it.

Bale was Madrid's shiny new toy, but Ronaldo was the star, and even when Bale found the net, Ronaldo didn't look pleased about it.

Bale, however, has since played down the rumours that there was a rift between the pair, and he loved to play with the Portuguese superstar.

"The John Terry and my brother situation, if I could rewind the clock now I would have spoke out from day one and I would have said to my brother, 'Speak now and say it'."

The pair had been England's defensive rock throughout the 'golden generation', however, after the incident, Ferdinand cut all ties with his former defensive partner. 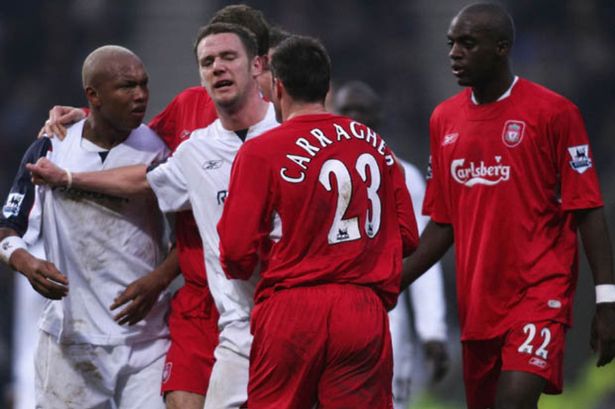 Diouf has a had controversial career, and even he managed to sneak his way onto Pele's top 100 list in 2004.

But, his time at Liverpool wasn't so successful, and when Carragher was asked who the worst player he's ever played alongside was, he was quick with an answer.

"The worst has to be El Hadji Diouf, actually, I quite enjoyed playing against him as you could kick him then – can’t kick your own players."

Diouf, on the other hand, has called Carragher a 'turkey', a 'f****** loser' and even tried to blamed Steven Gerrard for Mario Balotelli's failure on Merseyside.

READ MORE: Chelsea boss Thomas Tuchel such a perfectionist he once measured and sniffed pitch