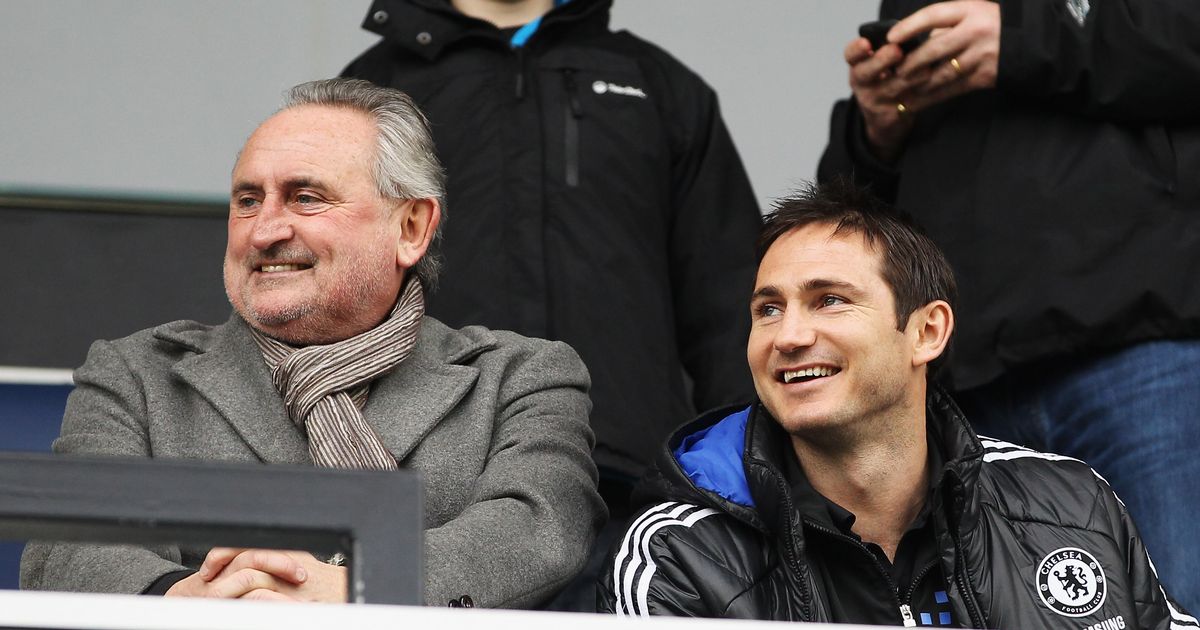 Top-flight footballers around the world earn millions each year from their careers, enjoying a step-up in their lifestyle – but it has been familiar ground to some.

Britain’s favourite sport is a billion-pound industry, with broadcasting rights and wealthy owners driving up prices on players’ heads throughout the years.

As clubs spend in order to taste success, it sees them scout around the world for the best talents as they try to find the next Cristiano Ronaldo or Lionel Messi.

Some of them are found in poverty, creating rags-to-riches stories such as the late Diego Maradona or ex-Chelsea star Victor Moses who had to seek asylum from Nigeria.

That is not the case for all footballers, though, as some have been backed by huge amounts of money during their childhoods.

Joining from West Ham in 2001, the path was already well-trod for him after dad Frank Sr and uncle Harry Redknapp’s managerial careers.

The Englishman was sent to Brentwood School, a posh boarding school in Essex, where a teacher said he could have been an accountant.

Another legend of Stamford Bridge, the Italian made more than 400 appearances for Cremonese, Sampdoria and Juventus before heading to London in 1996.

Vialli was praised throughout his career for his consistency and ability to play across the front line – but the 56-year-old had the time in his childhood to learn his trade.

The former forward was raised by his billionaire dad in a 60-room castle called the Castello di Belgioioso in northern Italy.

It was perhaps no surprise to see the Blues hero take part in the 2002 Alfred Dunhill Links golfing championship, one of the richest tournaments in Europe, 19 years ago.

Barcelona’s No.3 has won every trophy possible as part of the Nou Camp side and Spanish national team, while enjoying life with wife and pop star Shakira off the pitch.

And the centre-back came from a family of business success, his dad Joan an attorney and mum Montserrat the director of a spinal injury hospital in the city of her son’s club.

While Pique, who started his senior career at Manchester United, had a family connection to Barca as granddad Amador Bernabeu was a former vice=president of the club.

It has seen the 34-year-old take an interest in business away from the pitch during his playing career, starting a million-pound company which even Messi is invested in.

The Premier League winner with Manchester City did enjoy a wealthy upbringing in Italy but it could have been very different.

Balotelli was born in Palermo to parents who were Ghanaian immigrants, leading to him being adopted by wealthy couple Francesco and Silvia Balotelli when the forward’s birth parents could not afford him.

As the adults fought for custody, it was ruled that the should stay with the Brescia-based family.

The French goalkeeper has found himself fingertips away from lifting trophies with Tottenham but did taste World Cup glory in 2018 with his country.

But he almost had a very different sporting career after growing up in the affluent city of Nice with an attorney mum and banker dad.

Lloris played tennis as a child and earned a high ranking by the time he was 13.

Football was a hobby for the 34-year-old to be enjoyed with friends – but he enjoyed the “responsibility” of being a goalkeeper, eventually working up the academy at his local side in the late 1990s.

This list would not be complete without a dash of royalty – and it comes from the nephew of the Sultan of Brunei!

The 23-year-old spent his youth career at Southampton, Arsenal and Chelsea before signing on at Leicester the year after they won the title.

But the midfielder, who has six appearances and a goal for the national team, could not break through and is now on the books at Portuguese team Maritimo.

The future remains bright for Bolkiah, though, as he will receive.a sizeable inheritance from the Sultan’s £15bn wealth as dad Jefri, an oil tycoon, is brother to the royal.