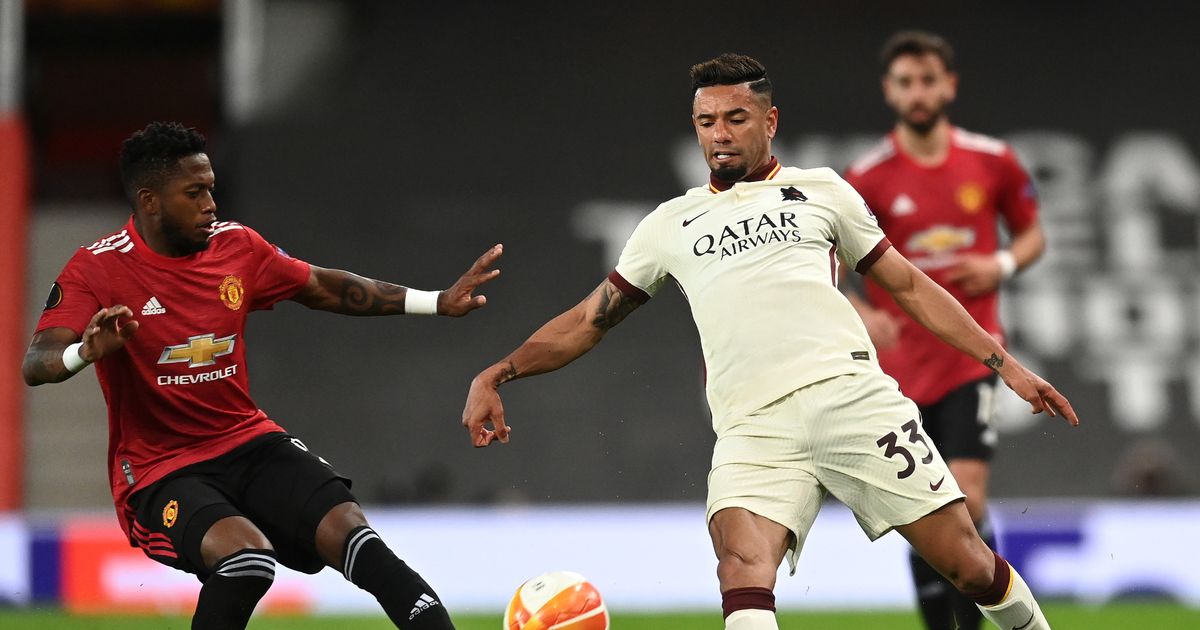 Manchester United might need more than just a centre-half and a striker in the summer transfer window.

The Premier League giants could also do with another defensive midfielder after Fred was blasted by Paul Scholes over his role in Roma's second goal last week.

After Bruno Fernandes' opener was cancelled out, the Giallorossi took the lead after former United man Henrikh Mkhitaryan split the defence with a great ball which ended in Edin Dzeko firing his side into the lead.

Ole Gunnar Solskjaer's side scored five more goals to give themselves a 6-2 advantage heading into Thursday's second leg – but Scholes was left unimpressed by Fred's defending in the run-up to Dzeko's goal.

"That's what Fred is in the team for, he's in the team to stop this type of thing from their best midfield player," the United legend said on BT Sport. "He gets in behind him. Fred, please stop that, he contributes nothing going forward and his absolute job is to stop that kind of thing and he's left wanting again."

Also heavily linked with Arsenal, Yves Bissouma has completed more tackles than any other midfielder in the Premier League this season with an impressive 91.

The 24-year-old Mali international could slot in nicely alongside Scott McTominay – or could provide competition for a single midfield pivot position should Solskjaer opt to deploy a more attacking formation.

He would give the likes of Paul Pogba and Bruno Fernandes licence to attack knowing the defence was well protected – and Brighton would be unlikely to stand in his way if a club of United's stature was to make a suitable offer in the region of around £30million.

Wilfried Ndidi is another midfielder high in this season's tackling stats with 78 – not bad given that he has missed a chunk of the season through injury.

Ndidi has long been linked with interest from United, although with three years left on his contract, it is questionable whether Leicester would sell to a rival given their ambitions of competing in the Champions League next season.

The Foxes have also proved to be tough negotiators, as proved by the £80m they pocketed from United for Harry Maguire, and if Ndidi were to move the 24-year-old could potentially cost around twice as much as Bissouma.

Wonderkid Eduardo Camavinga could be one of the hottest prospects available in this summer's transfer as he enters the final year of his contract at Rennes.

At the tender age of 18, Camavinga has been a regular for Rennes in their push for European football next season, leads Ligue 1's tackling stats, and is reportedly wanted by Real Madrid after some outstanding performances.

The France under-21 star would definitely fit into Solskjaer's philosophy of signing talented young players who can grow with the team – although he won't come cheap, with Transfermarkt valuing him at £54m despite his contract situation.

Dennis Zakaria is said to have caught the eye of Manchester City boss Pep Guardiola with his performances for Borussia Monchengladbach, and is another player whose contract is up at the end of next season.

The 24-year-old is good with the ball at his feet and also at winning it back, and can also play centre-half.

That versatility could make him an attractive option for Solskjaer, who is also on the lookout for a long-term partner for Harry Maguire.

And Switzerland international Zakaria could be available for around £30m – which is also a tick in his favour compared to some other options.

Boubakary Soumare is another player who has been linked to United for some time, with Leeds also reportedly eyeing him up.

The 22-year-old has played his part in Lille's rise to the top of Ligue 1, and is about to enter the final year of his contract with the French club.

Soumare is another player who could be available for around £33m, and again would fit well with Solskjaer's desire to keep injecting young blood into his squad.

READ MORE: Chelsea ‘rival Man Utd and Liverpool’ for £78m Jadon Sancho with others out of reach