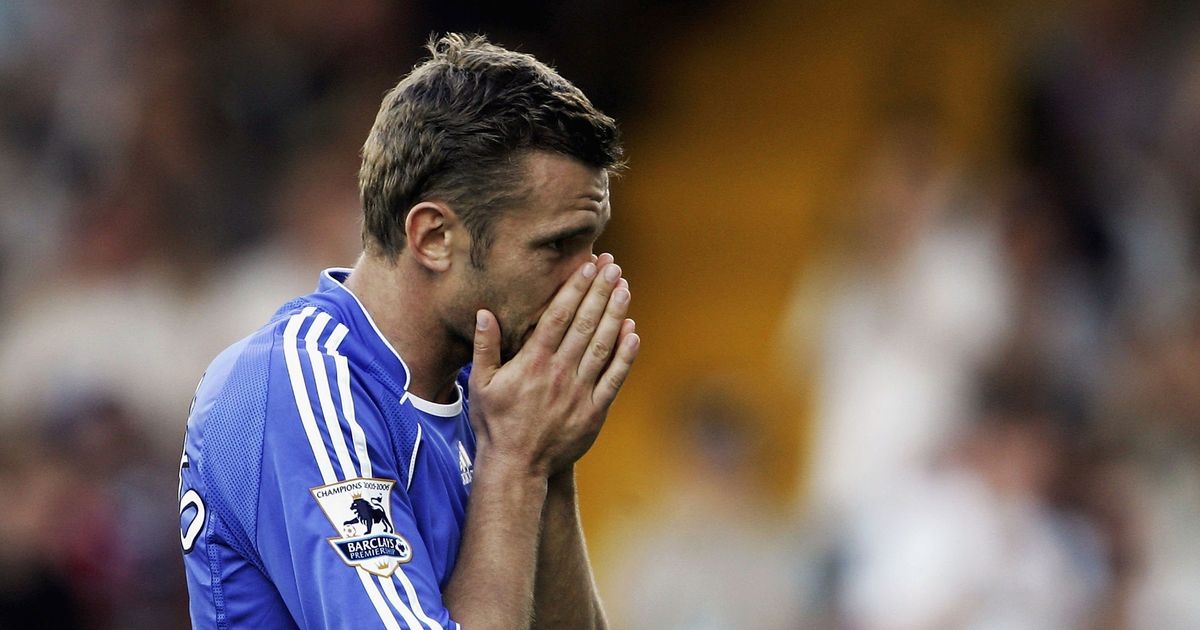 Chelsea splashed out a club-record £97.5m on Romelu Lukaku this summer in a bid to overthrow Manchester City at the summit of the Premier League.

The Blues were steered to Champions League glory by new boss Thomas Tuchel back in May.

And the German boss is now looking to translate that European success into domestic dominance in the former of the Premier League trophy.

Lukaku is seen as the elite striker who can be the final piece in Tuchel's jigsaw to mount an all-out assault on the title.

But Chelsea will be wary. They've been burnt before by signings who were deemed as world class only to flop – and the majority have been strikers.

Chelsea owner Roman Abramovich was desperate to snap up Ukraine hitman Shevchenko and finally got his wish in the summer of 2006.

The Blues shelled out a whopping £39.5m to secure Ahevchenko's signature – despite Jose Mourinho, the Chelsea boss at the time, appearing to have no interest in the striker.

Shevchenko had a remarkable strike rate in Serie A, but his powers seemed to diminish almost overnight following his arrival at Stamford Bridge.

Despite arriving with a reputation as one of the most lethal strikers in Europe, the Ukrainian managed just nine Premier League goals in 48 appearances during a nightmare stay in the English top flight.

Pato was hailed as the bright new hope for Brazilian football after catching the eye at an early age.

The striker starred at Internacional and AC Milan before a dip in form took him back to his homeland of Brazil with Corinthians.

However, it was thought a loan move to Chelsea in 2016 could prove to be the perfect tonic to get his career back on track.

Unfortunately for the Blues, the move turned out to be an absolute disaster.

Pato found the net just once – a penalty against Aston Villa – and made just two appearances for the London club.

Chelsea forked out a mammoth £60m for Morata after he had impressed for European giants Juventus and Real Madrid.

Unfortunately, the Spaniard did anything but impress during his time at Stamford Bridge.

Morata managed 16 goals during his two seasons in London but was often ridiculed for the chances he missed rather than the ones he actually managed to put away.

Blighted by inconsistency and injuries, Morata was farmed out on loan to Atletico Madrid where he found a home.

Remarkably, Chelsea managed to recoup the majority of their initial fee when Atletico coughed up £58m for the striker – a move that would have had the Stamford Bridge hierarchy in dreamland.

He had averaged almost a goal-a-game at Porto and Atletico Madrid before notching a remarkable 62 goals in 105 games for AS Monaco.

However, the Colombian left his shooting boots in Spain during a sorry spell at Stamford Bridge.

Falcao managed just one goal in 10 Premier League appearances – a far cry from the form which had made him one of the world's most feared strikers.

That miserable record secures his unwanted place on the London club's list of striking flops that stretches as long as the Thames.

Higuain was one of the latest stars to get involved in the trend of Chelsea signing strikers who were in terminal decline.

The Argentina ace enjoyed a record-breaking season for Napoli in 2015/16, smashing a remarkable 36 goals.

That earned him a big bucks move to Juventus where his form in Serie A saw Chelsea become desperate to manufacture a deal to snap up the hitman.

Unfortunately, Higuain followed in the footsteps of the other four incumbents on this list with an underwhelming stay in London.

He netted just five times in 14 games and was swiftly shipped back off to Italy by an embarrassed Stamford Bridge hierarchy.