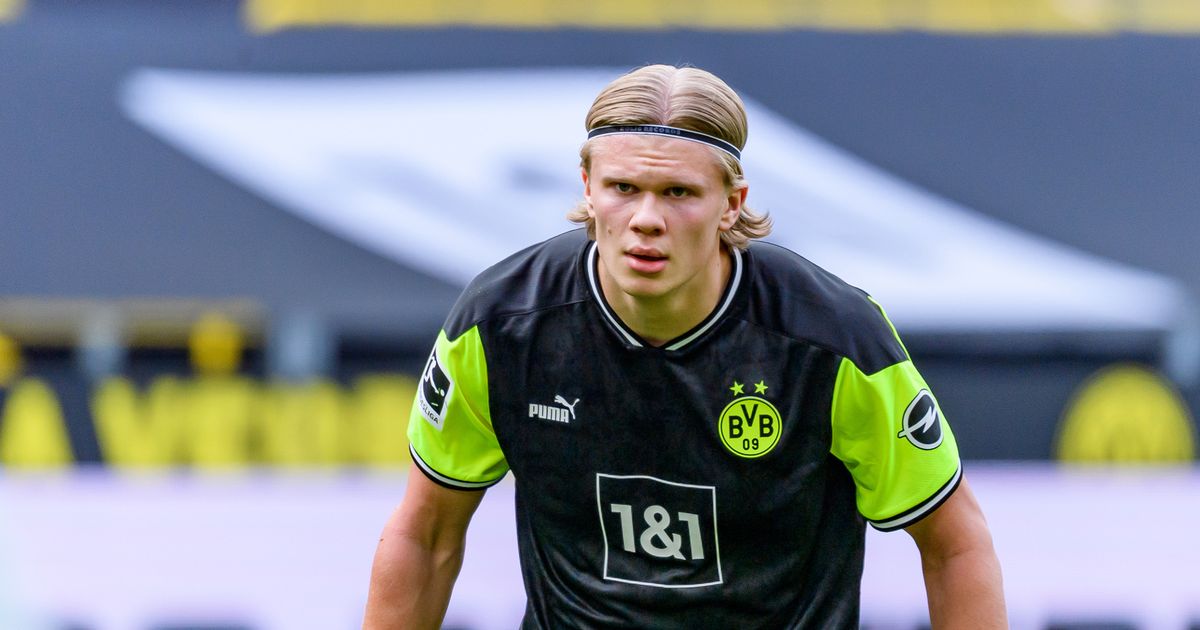 Manchester United and Chelsea may be forced to look elsewhere for a striker this summer as Dortmund have gone on record to say that Erling Haaland is staying put.

The Norwegian has attracted interest from a host of Europe's big hitters as the 20-year-old's meteoric rise continues in Germany.

Haaland has a £70m release clause in his contract that can be activated in the summer of 2022, but the likes of United and Thomas Tuchel's men haven't ruled out making their move a year early in the upcoming window.

Manchester City have naturally been linked with the forward with Sergio Aguero's impending exit from the Etihad, while Haaland's agent Mino Raiola has held talks with Real Madrid and Barcelona.

But Dortmund claims he is going nowhere this summer and the player "totally agrees" with the club's decision.

BVB chief executive officer Hans-Joachim Watzke said: "I've known Mino Raiola for a long time and get along well with him. It's no problem for us. Erling Haaland will remain a Borussia Dortmund player next year."

"Erling totally agrees. I see him every day and I can say that he completely identifies with the club."

So if that turns out to be the case, who could these clubs target instead?

We've taken a look at five alternatives that could fit the bill.

Inter Milan are prepared to let Lukaku go if any potential suitors match their £105million asking price according to president Steven Zhang.

A return to Old Trafford for the Belgian seems an unlikely destination due to the strained relationship he had with Ole Gunnar Solkskjaer when he was at the club, but what about the rest?

Chelsea are reportedly interested in the striker and he certainly matches up with Haaland in terms of his style of play and attacking output.

Lukaku has netted 25 goals in Serie A this season, along with ten assists, as he led Antonio Conte's men to their first Scudetto in 11 years.

The Blues are in need of a prolific talisman if they are to challenge for the Premier League title next term and Lukaku could push them over the finish line.

The striker has signalled his intention to leave Spurs with the England international's priority is to win silverware.

Similar to Haaland, every club in Europe dreams of adding a player of Kane's ability to their squad.

The 27-year-old had a remarkable season with 33 goals, as well as adding more creative flair to his game, as he regularly sets up team-mates, especially Son Heung-min.

Kane might be seven years older than Haaland but he is certainly at the peak of his powers and there are not many better strikers in the world at the moment.

The big stumbling block would be the price Spurs would demand with the forward under contract until 2024. Daniel Levy doesn't mind holding onto a player who isn't happy either so a club will likely have to pay over the odds if they want Kane this summer.

The Argentian has yet to announce his next destination as he leaves City at the end of the season after a historic spell with Pep Guardiola's side.

it's safe to rule out United as a landing spot and, even though he is expected to depart England, Chelsea isn't completely out of the question.

It's rumoured Thomas Tuchel's men are sniffing about as they consider an audacious attempt to keep him in the Premier League.

Aguero would certainly address their concerns in front of goal, he has 182 Premier League goals after all, so it's clear to see why he would be of interest.

The 32-year-old would require a huge pay packet, but at least they don't have to worry about a transfer fee.

However, Barcelona seems to be in pole position with Aguero tipped to make his return to Spain and link up with his good friend Lionel Messi.

The Mexican has missed the majority of Wolves' season after fracturing his skull against Arsenal in a collision with David Luiz, but he is expected to make his return before the end of the campaign.

There are obvious concerns if he can get back to his very best after the horror injury, but teams shouldn't forget he was one of the best strikers in England's top flight last term with 27 goals.

That form attracted interest from various top clubs including United and perhaps that could be reignited with Haaland seemingly out of the equation.

He's a like-for-like alternative for Haaland too, a traditional no.9 who is strong, direct, quick and lethal in front of goal.

Silva has reignited his career in the Bundesliga after a difficult spell with Milan and has finally started to live up to his potential.

The 25-year-old is a cheaper option than the other four, but still has plenty of room for improvement if he handles the step up to a Champions League side.

Silva has 25 goals and six assists this season and averages 1.12 goals and assists per 90 minutes, which is just narrowly behind Haaland at 1.21.

If teams are looking for a cheaper alternative to Haaland, Silva has to be considered.

Sign up to the Mirror Football email herefor the latest news and transfer gossip.