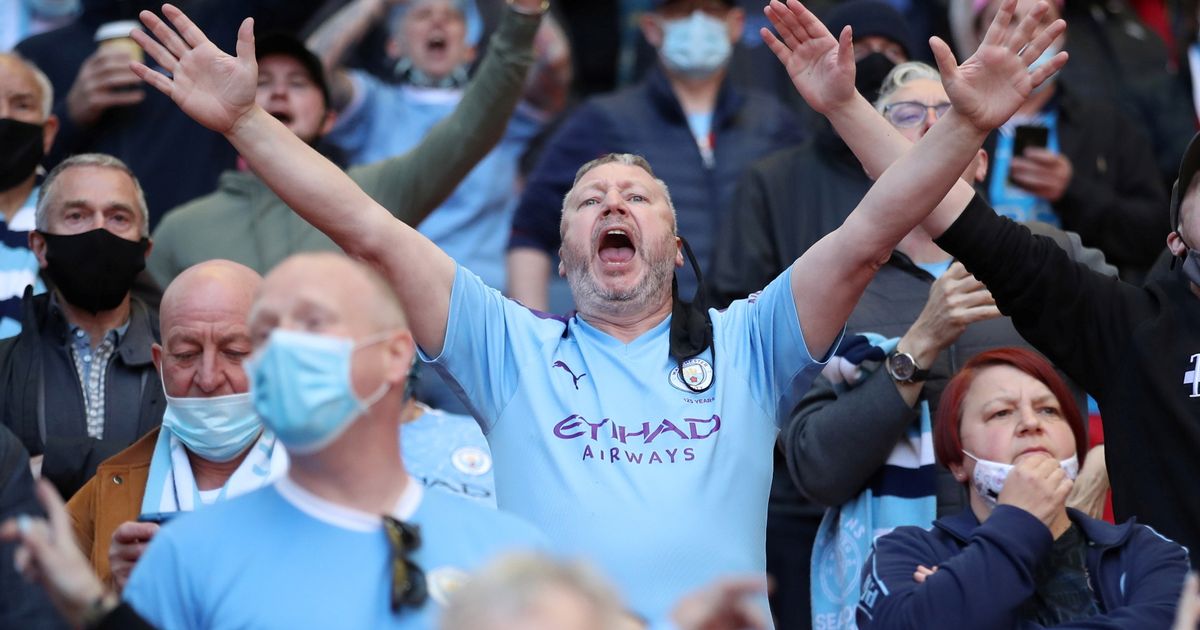 The Premier League have announced 20 matches will take place this season with fans present inside stadiums.

In accordance with Government guidelines, outside sporting events will be able to welcome supporters as part of the next stage of the Covid-19 roadmap to ease lockdown restrictions.

Either 10,000 fans or a quarter of a stadium's capacity (whichever is lower) will be prohibited from May 17.

Initially that meant only the final day of the Premier League season would fall after that date, but officials have now rescheduled the penultimate round of fixtures to enable each team to host one home game with supporters.

The plan was for away fans to be banned from attending in order to keep travel by members of the public to a minimum, however, the Government are now reportedly considering letting up to 500 to be allowed in to each game.

According to their report, a letter by Premier League chief Richard Masters to every club in the division read: "Government has informed us that, as Covid-19 indicators continue to improve, it is planning to relax the ‘no away fans’ stipulation from the stage five guidance, governing the playing of our final match rounds in season 2020-21.

“The return of fans and ultimately full stadiums remains our primary goal, therefore our view is that we must accept the opportunity to host as wide a range of supporters as possible.

“That being the case, the executive proposes an away-ticket allocation of 5 per cent of available capacity (a maximum of 500 away fans) at round 37 and 38 matches, respecting the £30 away-ticket price cap.”

Here are all the matches fans will be able to attend.

All matches kick off at 4pm