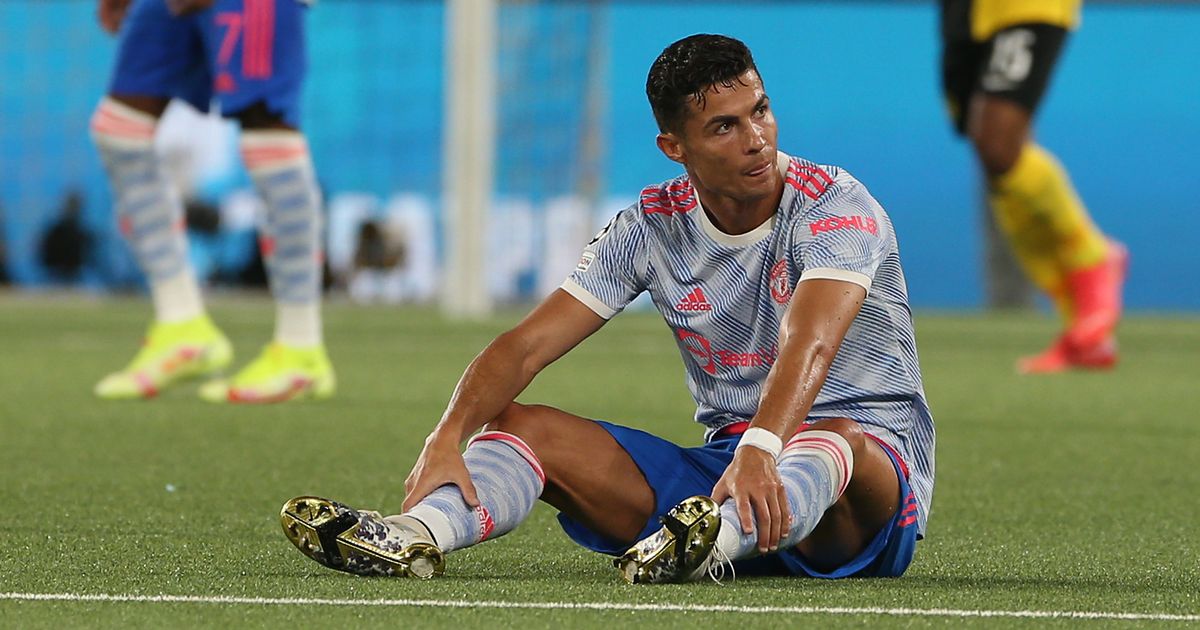 Manchester United's Champions League campaign got off to a disappointing start away in Bern, as Aaron Wan-Bissaka's red card made it a difficult evening for Ole Gunnar Solskjaer's side.

Cristiano Ronaldo was on the scoresheet yet again as he bundled his effort under Young Boys goalkeeper David von Ballmoos after just 13 minutes, after Portuguese compatriot Bruno Fernandes found him with a beautifully executed pass.

Wan-Bissaka forced Solskjaer into a reshuffle though, as the defender followed through on Christopher Martins Pereira, and was shown a straight red with ten minutes to go in the first half.

The reshuffle didn't pay off as United suffered waves of Young Boys pressure, and the home side inevitably equalised midway through the second half as Nicolas Ngamaleu directed the ball past David De Gea.

Despite defending bravely, United were made to pay with a 95th minute goal from Theoson Siebatcheu.

United had to settle for a point during a tough night in Switzerland, and Daily Star Sport take a look at how it went for Solskjaer…

Solskjaer made the decision to start Ronaldo once again and the Portuguese star followed on from his Premier League debut success to open to scoring against Young Boys.

It was originally thought that the 36-year-old may start on the bench ahead of United's away trip to West Ham on the weekend, but the five-time Ballon D'or winner continued his impeccable Champions League goal scoring record.

Ronaldo is the leading goalscorer in Champions League history, and was razor-sharp to react to Fernandes' ball to put United ahead after just 13 minutes.

It was Ronaldo's first goal for United in the competition for 12 years, and it certainly won't be the last.

Donny van De Beek's move from Ajax to United hasn't gone according to plan so far, but the Dutch midfielder was keen to impress following his selection against Young Boys.

The 24-year-old made it clear that he wanted to fight for his place this season, and van De Beek looked hungry in the first half, but was unfortunately withdrawn ahead of the second half after Wan-Bissaka's red card.

Van De Beek featured in six of United's group games the last time that they featured in the competition, but may have done enough to prove to Solskjaer that he is ready for another chance.

The Dutchman offers a lot more athleticism than other midfield options such as Nemanja Matic, Juan Mata and Fred, which is something that United are lacking.

Will Manchester United compete for the Champions League this season? Comment below

United were handed a major setback as Wan-Bissaka was sent off with ten minutes to go in the first half, but Solskjaer's side failed to keep possession in the second half and continued to invite pressure.

Young Boys were heavily dominant after United went down to ten-men, and it was always inevitable that the home side would score after Solskjaer's side consistently gave the ball away.

Of course it's not an easy task, especially in the Champions League, but United looked as if they were going to try and settle for the one goal, which was always going to be a risky play.

Young Boys finally made the breakthrough shortly after the hour mark, and United started to improve as they kept hold of the ball, a tactic that should've been employed earlier.

United's failure to keep hold of the ball was punished late in the game when Siebatcheu capitalised on a sloppy error at the back to slot past De Gea.

Switching to a back five

Raphael Varane started on the bench for United as Victor Lindelof was given a chance in the Champions League alongside Harry Maguire, but Solskjaer brought in the Frenchman to try and solidify their defence.

Diogo Dalot came on to replace Jadon Sancho as Wan-Bissaka was sent off, and Varane replaced van De Beek at half time to try and steer United to victory.

Solskjaer appeared to switch to a back five with Luke Shaw and Dalot operating as wing-backs for United, and the change in system didn't work as expected.

United conceded and then Solskjaer decided to flood the midfield by introducing Jesse Lingard and Matic in hopes of trying to salvage a point, but their disappointing end to the game saw them return to Manchester with nothing.