Why Martin Braithwaite could replace Antoine Griezmann in the Barcelona team, Zinedine Zidane is far from happy despite Real Madrid win, and could Atletico Madrid miss out on the Champions League? 10 things we learned from the restart of LaLiga

It’s one down, 10 to go in Spain with the first of the remaining 11 rounds of fixtures throwing up plenty of talking points over the weekend.

The runaway top two, Barcelona and Real Madrid, opened up with relatively comfortable victories while Atletico Madrid were held in an entertaining game with Athletic Bilbao.

So with the title race, battle for the Champions League spots and relegation dogfight back underway, Sportsmail picks out 10 things we learned from the restart of La Liga. 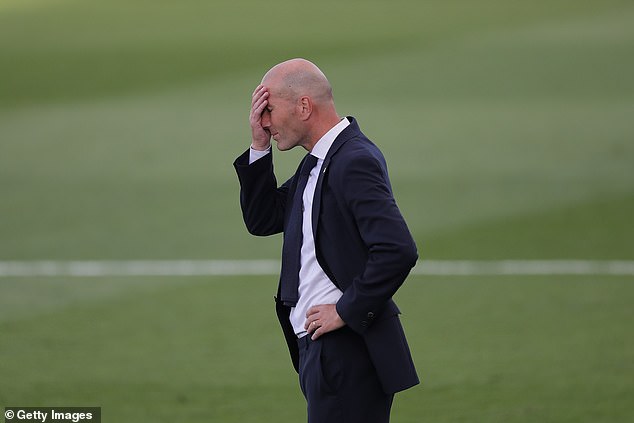 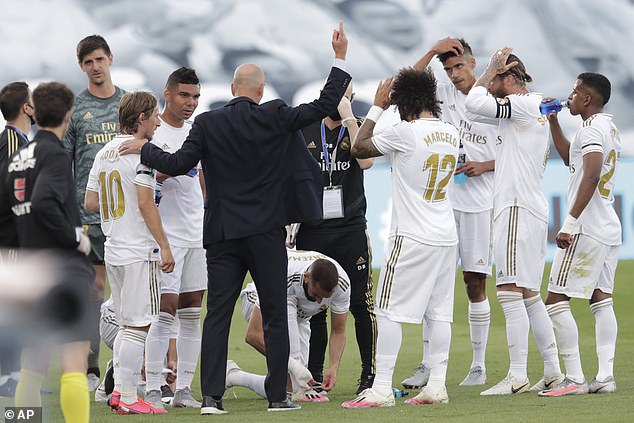 Zinedine Zidane is not amused

How else to explain the fury with which he addressed his players post-match?

Spanish outlet Marca reported that the Real Madrid squad were stunned by the rollicking they got from their manager inside the Alfredo Di Stefano dressing room after they had eased up against Eibar on Sunday.

‘We were good in the first half but we relaxed in the second,’ said Zidane in his post-match press conference. 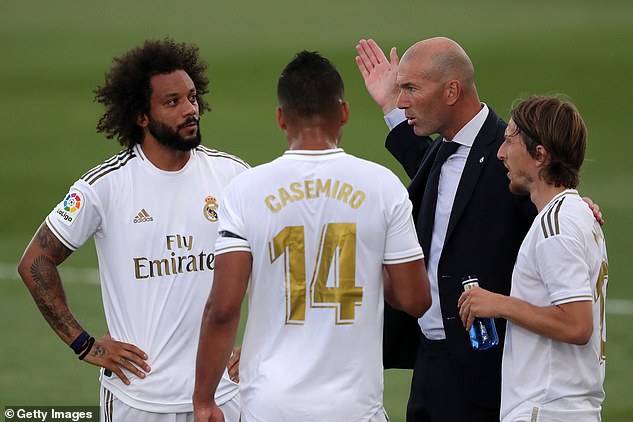 The Frenchman knows that if Real Madrid allow better teams than Eibar to get back into matches, then they will not pick up maximum points from their remaining games, which will subsequently result in Barcelona drifting away from them in the table.

Back to the drawing board for Diego Simeone

Atletico Madrid’s 1-1 draw with Athletic Bilbao on Sunday was the club’s 13th draw this season.

They have not drawn so many games in one campaign since the 2005-06 season. One more draw and it will be a club record. 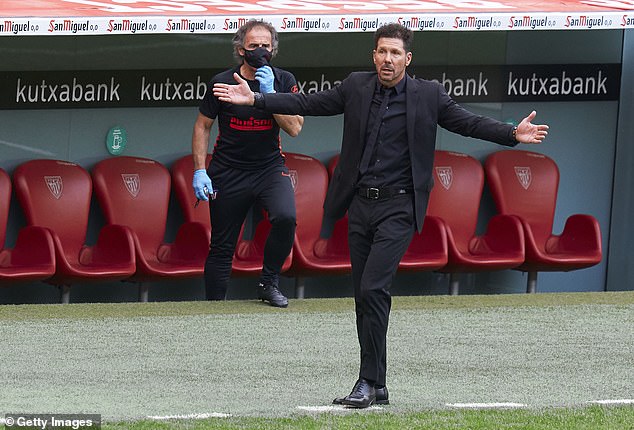 But at least Diego Costa was back in the goals at the weekend. And while it’s true that Bilbao’s San Mames Stadium is a tough place to go even without home supporters, Atletico will not avoid the financial disaster of falling into the Europa League if they can’t turn these draws into wins.

Martin Braithwaite is not here as a tourist

Martin Braithwaite may have arrived via Middlesbrough and Leganes, but the 29-year-old Danish international is deadly serious about making his Barcelona career a success.

Remember how Antoine Griezmann threw a handful of glitter into the air after scoring his first goal for Barcelona?

Braithwaite barely cracked a smile when he buried Messi’s assist, with a clinical finish into the roof of the net, to get his first goal for the club and he could soon be the automatic pick ahead of the Frenchman in the starting XI. 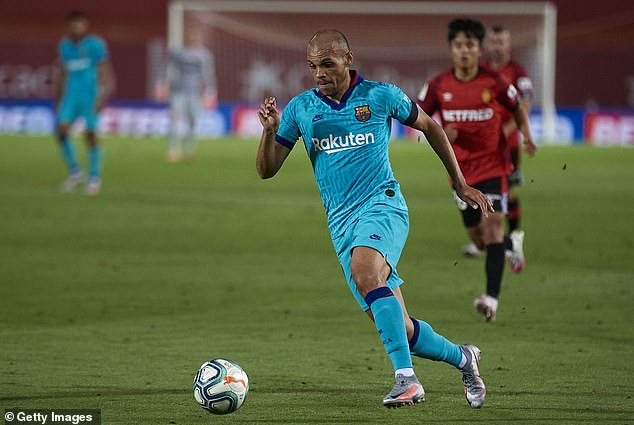 Having lifted Leganes out of relegation trouble when he turned up – only for the club to be forced into selling its best two strikers – he has never let his morale drop, telling the players they can get out of trouble.

At the weekend, an early comedy mix-up between goalkeeper Ivan Cuellar and defender Chidozie Awaziem gave Valladolid a one-goal head-start and now leaves Leganes level on points with bottom-of-the-table Espanyol.

And Barcelona are up next! 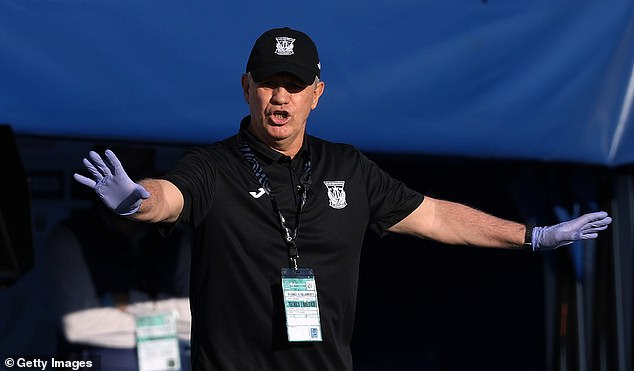 The great escape could still be on for Espanyol

Granted, it helps when the other team’s goalkeeper handles the ball outside the area and is sent off after just 19 minutes.

But Espanyol still had to beat Alaves and they did so with a convincing 2-0 victory, that keeps them in touch with the other stragglers down at the bottom.

Once is an accident, twice is a coincidence, three times is a pattern

Poor old Mouctar Diakhaby has now given away three penalties in his last two games.

Valencia are desperate to make a late dash for fourth place, but without Ezekiel Garay in central defence and Diakhaby unable to avoid clumsy challenges in the area, it is going to be very tough.

Life in the Real Madrid old timers yet

Marcelo and Sergio Ramos are ready for the scrapheap, according to some, but Zidane still believes in both and they contributed two goals in Sunday’s win. 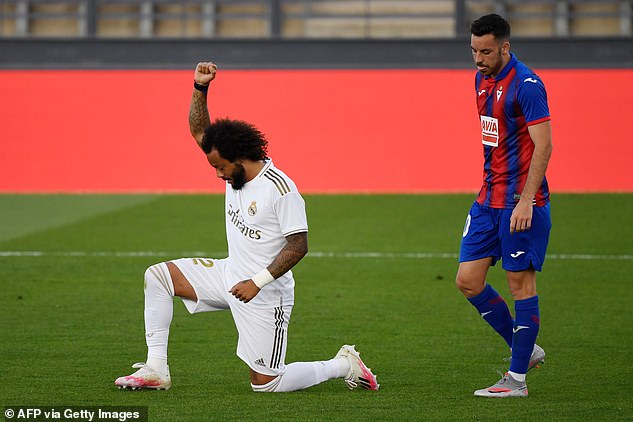 Ramos charged 60 metres to score his goal while Marcelo scored and then took the knee too, dedicating his goal to the Black Lives Matter campaign.

Sevilla will go the distance

As fellow Champions League hopefuls flopped about dropping points, Sevilla held their own in their local derby with Real Betis to lay a marker for the final 10 games.

They are going to be very hard to shift from third spot, and in pairing Diego Carlos and Jules Kounde, Sevilla have the best centre-back double act in the league.

How does sporting director Monchi do it?

Of all the teams returning over the weekend, Real Sociedad looked the flattest.

Did the internet go down during those early Zoom training sessions? It would be a shame if the most entertaining team this season fell away in the run-in and it may have been that the indestructible Osasuna simply did a job on them on Sunday night.

They will soon be back to their best but they looked strangely flat-footed, with even midfield sensations of the season Martin Odegaard and Mikel Merino shadows of their former selves upon the restart. 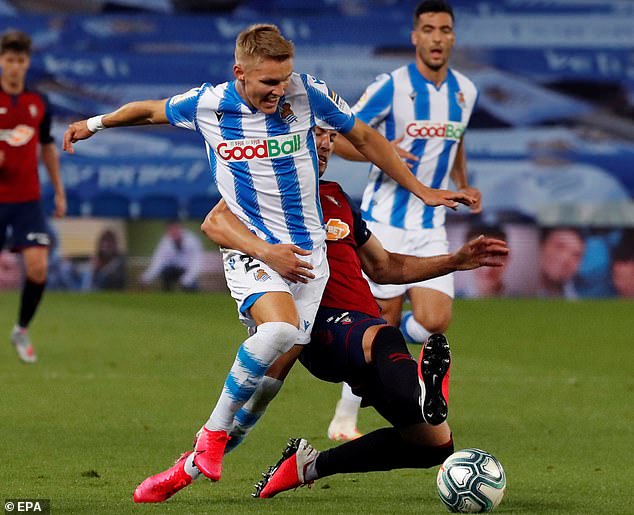 Despite pitch invader, the season can definitely be finished

Aside from the Mallorca pitch invader, the 10 games passed without problems.

And for the most part, players clattered into each other or embraced after scoring just as they would do in normal circumstances. Fans are missed of course.

What remains to be seen now is how teams handle the sheer volume of matches in the short space of time over the next couple of weeks.

Sevilla, for example, were so good on Thursday but there is no time to polish their ‘team of the week’ medal – they are back in action tonight against Levante. 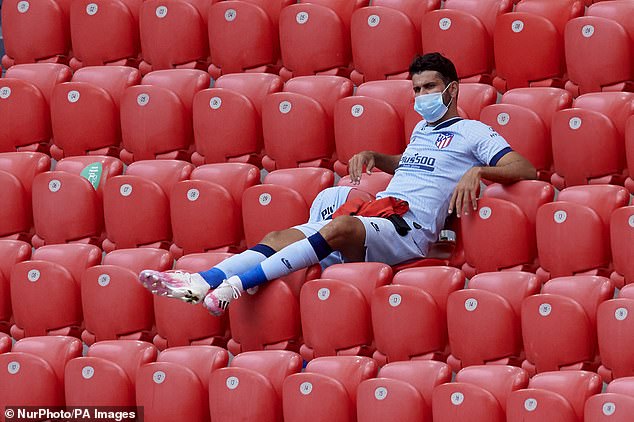 Social distancing in the stands, as shown by Diego Costa, was adhered to during the restart 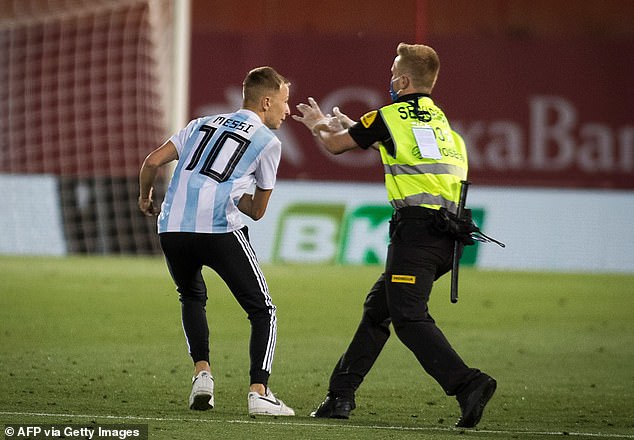