World Cup diary: Jamie Roberts comes face-to-face with some very raw sashimi and Ireland ship 50kg of coffee to their World Cup base

So, how raw is too raw for your sashimi?

Wales legend Jamie Roberts may have found the answer. The Bath centre, who is working for ITV during the group stage, went for sushi in Tokyo and was served a plate of sashimi.

But he was somewhat put off when the fish head on his plate closed its mouth before he tucked in!

Certainly the freshest sashimi I’ve ever had ??

Coffee is a constant concern for the players at the World Cup — so much so that the Irish have shipped 50kg of it to Japan.

Prop Cian Healy revealed that Dublin based company 3FE sent beans and a machine to Yokohama.

‘I’ve been in charge of packing that all up and moving it, so it’s certainly been of use!’ he said.

England have also brought a bespoke machine to keep the lattes flowing… and it is just as well, as the drinks are extortionately expensive here. In Georgia’s Nagoya base, for example, an espresso and a latte cost a combined £18.50!

Step aside Holly Willoughby! The World Cup kicked This Morning off the telly on Friday. The popular magazine show usually goes out at 10.30am but was booted into touch so ITV could show the opening ceremony from Tokyo from 10.45am, then the opener between Japan and Russia. 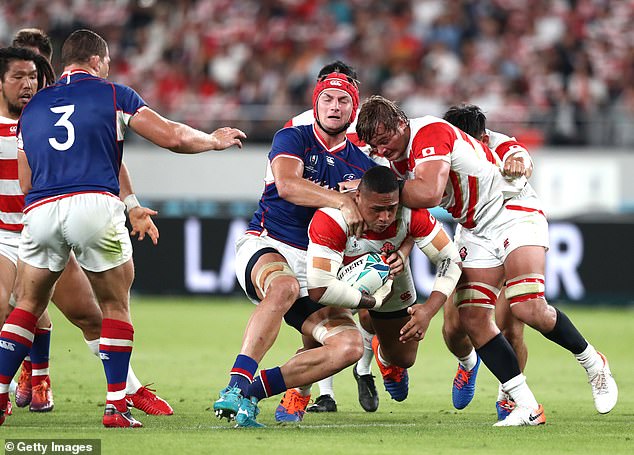 So, where did All Blacks coach Steve Hansen come up with the idea of fielding two playmakers — Richie Mo’unga and Beauden Barrett — together wearing No 10 and No 15?

Was it while driving, or in the shower? That’s what a French journalist asked him. Hansen’s response: ‘I don’t think about rugby in the shower…’

Gale warnings in the southern Japanese city of Kumamoto mean that the fan zone in that area will have to be closed over the weekend.

Heavy rain and high winds are set to scupper plans for the outdoor event.

Fans of France, Tonga, Wales and Uruguay will hope the weather calms down before their matches down there on October 6 and 13. 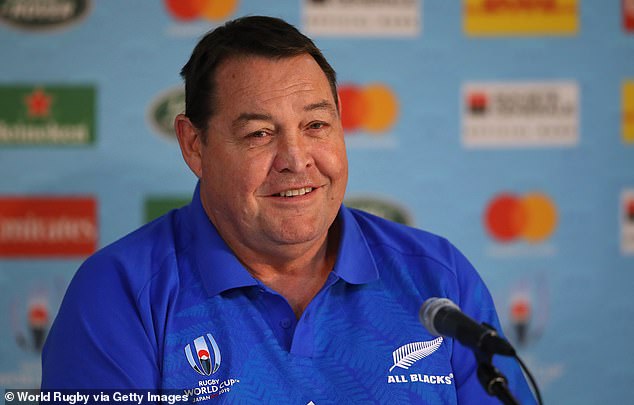