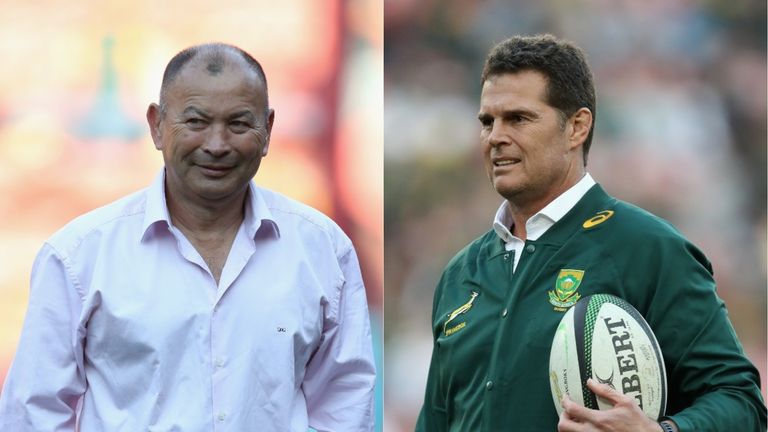 Vote for your combined England/South Africa XV ahead of Saturday’s Test at Twickenham, live on Sky Sports Action & Main Event.

Ben Te’o starts at inside centre in a much-changed England team, with Manu Tuilagi named on the bench, Dylan Hartley back at hooker, Owen Farrell to fly-half and Mark Wilson at No 8.

For the Boks, Duane Vermeulen and Warren Whiteley will both start in the backrow, while Ivan van Zyl has been selected at scrum-half.

But who would make it into your combined XV from the 30 men that have been selected? Have your say with our position-by-position vote below…

Our coverage of the first weekend of Quilter International Tests starts at 2pm on Saturday as we bring you England v South Africa from Twickenham, live on Sky Sports Action & Main Event.

Can South Africa back up their summer Test series success with a Twickenham victory? Will England respond to their poor 2018 with a strong finish to the year?

It’s all ahead of us, live on Sky Sports!

#FollowTheRose this autumn with all of England’s Tests live on Sky Sports throughout November. The action starts on Saturday, November 3 against South Africa before clashes against New Zealand, Japan and Australia.