Wales ended their long losing run against Australia at the 14th attempt as substitute Dan Biggar’s late penalty gave them a 9-6 victory in Cardiff.

Full-back Leigh Halfpenny missed two easy first-half penalties that looked to have derailed Welsh hopes of a first victory over the Wallabies since 2008.

But Halfpenny, the third-highest scorer in Welsh international rugby history behind Neil Jenkins and Stephen Jones with more than 700 points, managed two successful strikes off the tee before Biggar came up trumps.

Halfpenny was off the pitch, having been felled by a high tackle, which meant Biggar assumed kicking duties as he edged Wales home after Bernard Foley and Matt Toomua kicked penalties for Australia. 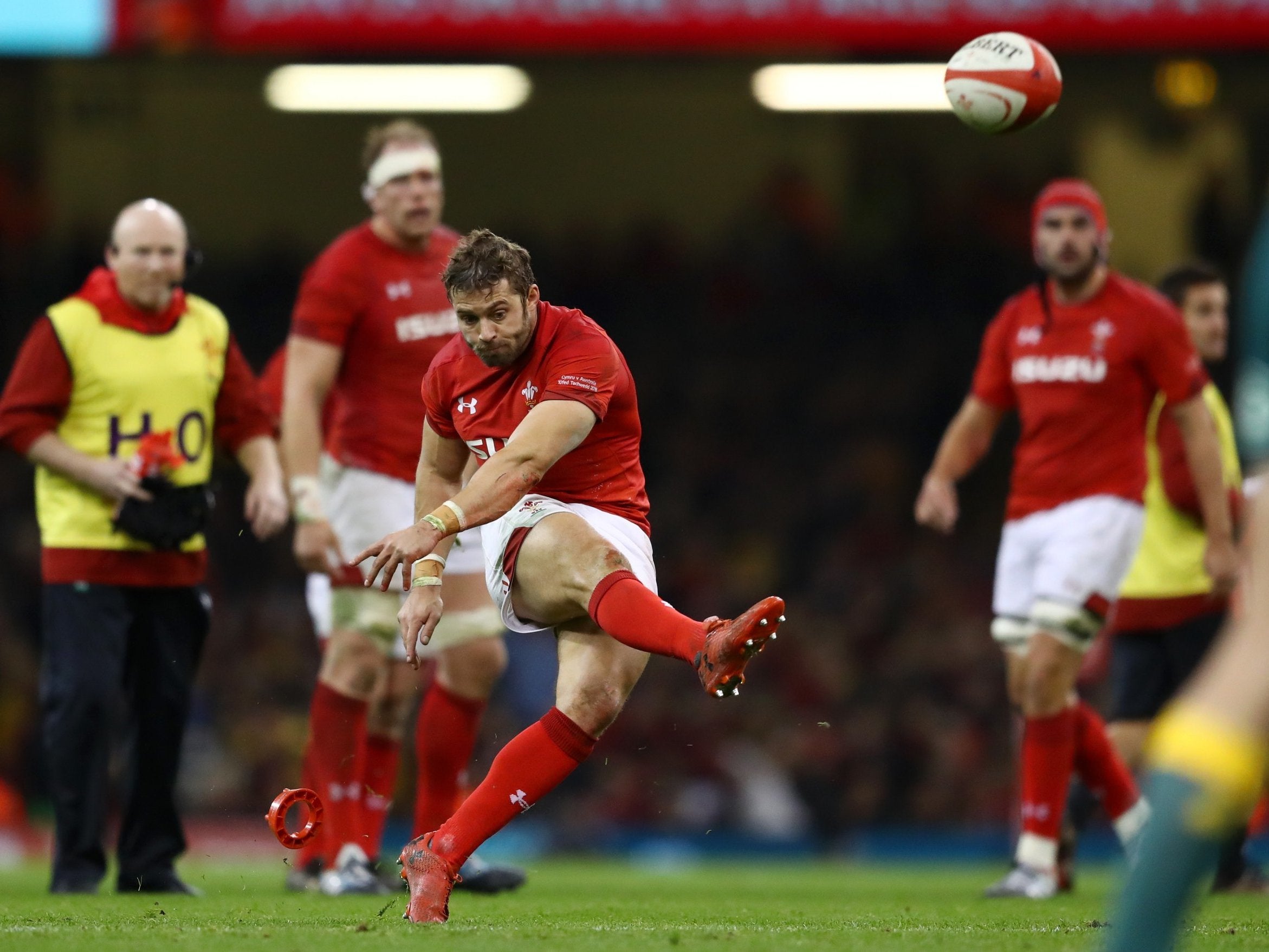 The Wallables’ defeat will now turn up the heat on head coach Michael Cheika as they suffered an eighth loss from their last 10 matches.

It was a game that will not live long in the memory, one that was littered with errors, yet Wales will not care one iota.

In addition to ending the losing sequence, they also made it seven wins on the bounce against all opponents for a first time since 2004-05 and landed a psychological blow before the countries meet again as World Cup pool rivals in Tokyo next September. 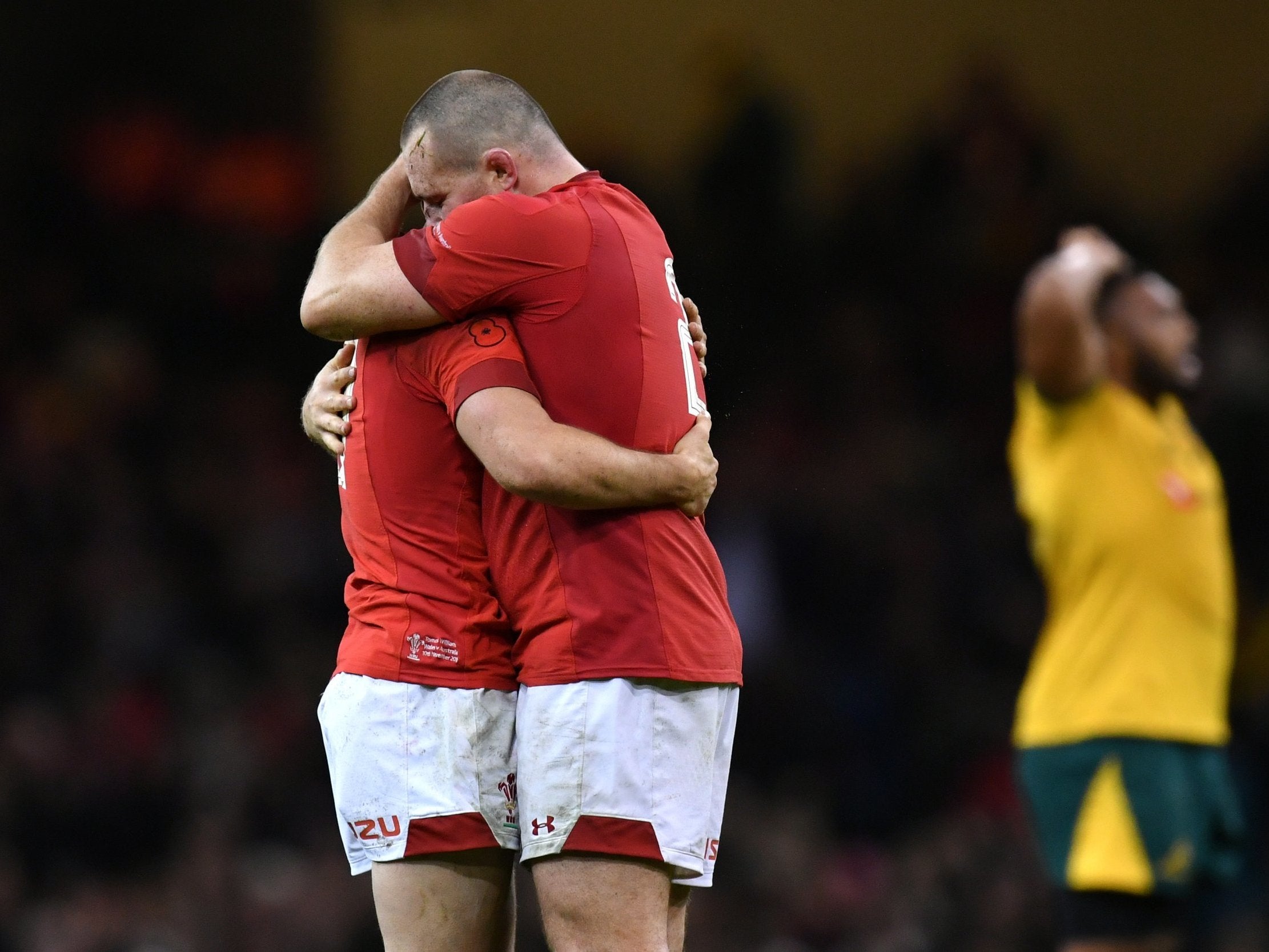 It was a let-off for the Wallabies, but Wales then gained a second penalty, and Halfpenny this time made no mistake, opening the scoring after 22 minutes.

Neither side could get a consistent upper hand, but Australia drew level seven minutes before the break when fly-half Bernard Foley kicked a 40-metre penalty after Wales flanker Dan Lydiate drifted offside.

Referee Ben O’Keeffe, though, completely missed a high arm-led challenge by Wales captain Alun Wyn Jones on Foley just before the penalty award, although it could yet attract further scrutiny.

It was the cue for Australia to step up a gear in terms of their attacking game, moving possession wide at pace, and Wales were stretched defensively before an Anscombe penalty to touch took them back inside the Wallabies’ half.

And Halfpenny then missed another sitter, putting the ball wide from in front of the posts and a scrappy first half ended 3-3.

Wales wing George North limped off early in the second half, with Williams replacing him, while Dillon Lewis was a straight substitution for Francis.

Australia then sacrificed a kickable penalty just 20 metres out, kicking for touch and an attacking lineout instead, but they knocked on possession and wasted the chance as Wales regrouped to clear danger.

But the Wallabies were growing in confidence, with Israel Folau starting to roam dangerously off his wing, and Wales required a lengthy Davies clearance to gain a foothold back in Australian territory as further substitutions saw runs for scrum-half Tomos Williams and prop Rob Evans.

And approaching the final quarter of a dour encounter, it remained all-square and crying out for a flash of inspiration.

Then came the late drama, though, and Biggar appeared off the bench to nudge Wales back in front after Toomua’s equalising strike two minutes earlier.