The Rugby World Cup is just round the corner and Sportsmail has everything you need to know.

SIR CLIVE WOODWARD has the lowdown on every team in the tournament in Japan. 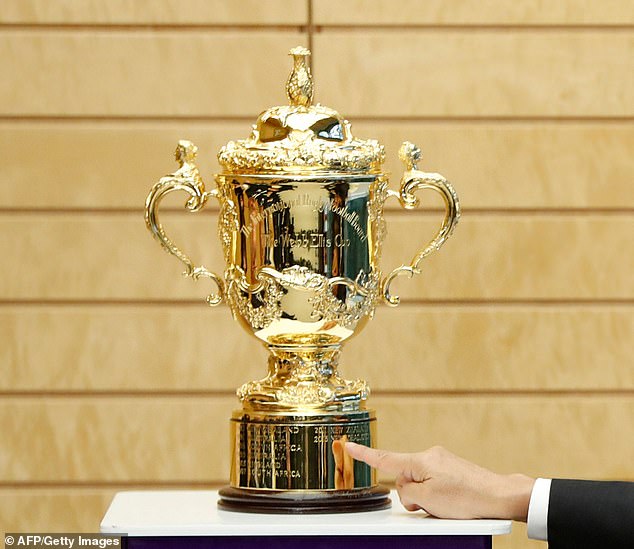 Key man: James Ryan, a worldclass young lock and already a talisman for the team capable of inspiring those around him.

Rising star: Jordan Larmour. We have seen flashes of genius from the exciting Larmour but can he unpick tight, well-organised defences in the heat of Word Cup action?

Strengths: At their best have a ferocious pack and when Johnny Sexton and Conor Murray are buzzing they have world-class half-backs.

Weaknesses: Have not quite recovered mojo after mauling by England in Six Nations. Picking untested South African Jean Kleyn ahead of Devin Toner could unsettle the squad. Grudge match: QF with All Blacks is a possibility and these two have recent history, with Ireland winning two of their last three games.

Key man: Finn Russell, a wonderfully gifted attacking player and always a joy to watch. He must remember though that there will be times when the routine or orthodox is what is needed, not a miracle play.

Rising star: Blair Kinghorn, strong and fast on the wing with a nose for tries, also a long-range goal-kicker in the mould of Elliott Daly.

Strengths: Capable of playing the game at an incredible tempo and scoring special tries. But they have to maintain that intensity.

Weaknesses: They must ‘own’ their set-piece ball. You can have all the attacking ability you want but at top level that counts for little unless you can secure your share of possession. 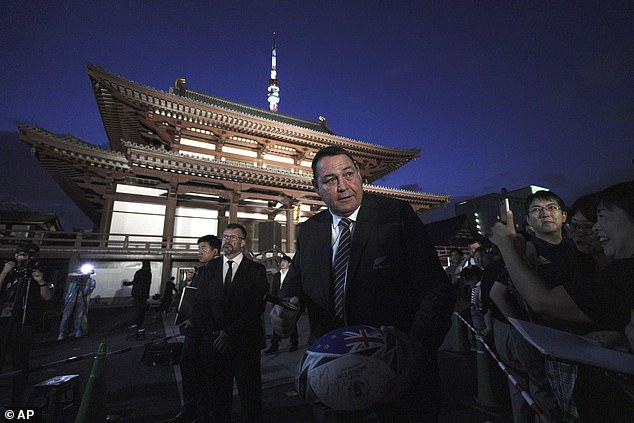 Weaknesses: Can still struggle at lineout and in close quarters.

Weaknesses: Often underperform against opposition they should beat. Grudge match: If they encounter ENGLAND South Africa it will be high-octane.

Key man: Tempting to say Beauden Barrett, their best player, but actually the man who cements the backs together is Sonny Bill Williams.

Rising star: Richie Mo’unga, a quality new No10 but it’s his goal-kicking New Zealand need most.

Strengths: Capable of playing quicker for longer than any other side. After fraught years in the Nineties and Noughties have also mastered the art of resting key players, just getting the job done.

Grudge match: Every match is a grudge match, so they have to match that intensity every time.

Rising star: Matteo Minozzi took the 2018 Six Nations by storm with four tries but has been injured ever since.

Strengths: For me Italy now have no areas of strength as in past years. They have been trying to play a game currently beyond their capabilities. Rein it in a little, guys.

Weaknesses: Have lost the art of hanging tough and stopping good teams going on scoring rampages. Grudge match: Excellent rivalry with Scotland but unlikely to meet them unless they beat Kiwis.

Rising star: Evan Olmstead. Versatile former Newcastle back five player. Strengths: Experienced campaigners who are often at their best in World Cup. Weaknesses: Overall fitness, lack of craft at half-back. Grudge match: Pool match against Boks in 1995 was probably dirtiest of all time.

Rising star: Faf de Klerk might not be a rising star but this is his first World Cup and the Sale scrum-half is a gem. They have another cracker in back-up scrum-half Cobus Reinach, probably the world’s quickest No9.

Strengths: Strength, physicality, power. Their DNA never really changes, but they do also have some magicians out wide with Willie le Roux and Toulouse wing Cheslin Kolbe.

Weaknesses: Can be slow to adapt to challenging game situations. But this is a mighty squad, and I expect them to go a very long way.

Grudge match: The rivalry above all others is New Zealand. Fireworks!

Key man: Owen Farrell. A winner through and through and I sense the squad are now performing in his image. Obviously his world-class goal-kicking could be vital. Rising star: Tom Curry. Hard to believe he’s just 21. I look forward to his combo with fellow ‘Kamikaze kid’ Sam Underhill.

Strengths: Power, terrific all-court game, much improved fitness, top skills from one to 15. Strength in depth. Weaknesses: Discipline. Marler, Sinckler, Itoje, Kruis, Genge and Farrell are fiery players operating on the edge. That’s great but step just the wrong side we are looking at yellow and red cards. Need to be careful and controlled.

Key man: Louis Picamoles. If fit and in right mood, a force of nature at No8 and France badly need an inspiring figure.

Rising star: Scrum-half Antoine Dupont is the real deal and I look forward to his pairing with Toulouse clubmate & No10 Romain N’tamack.

Strengths: Sublime handling skills and some exciting new outside backs like Damien Penaud and Thomas Ramos.

Weaknesses: Mental attitude. I spend a lot of time in France and all the talk is of building on their exciting golden generation — they have won the past two junior World Cups — to produce a winning team in 2023. That’s a dangerous mindset, they need to concentrate on the present.

Grudge match: Two! Le Crunch, and the Pumas — their meetings are normally X-rated!

Rising star: Emiliano Boffelli is a languid and dangerous back-three runner and can kick long-range goals. Strengths: Two semi-finals and quarter-final in the past three World Cups show that they know how to produce their A game.

Weaknesses: That A game is currently not enough to make serious progress. A little bit predictable; their dynamism and energy seems to have gone. Grudge match: Pumas always reserve something special for France where so many of them used to learn the game. 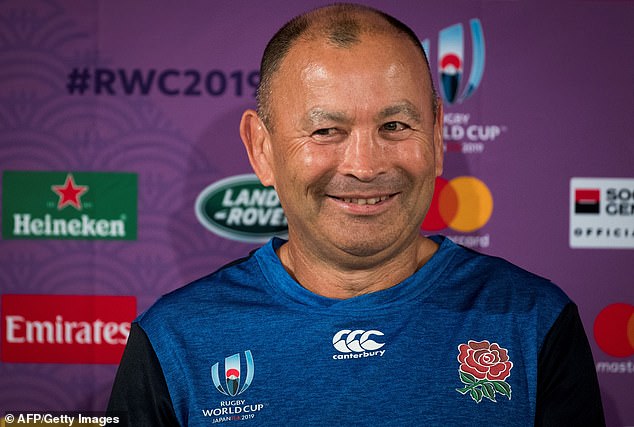 Strengths: Brilliant World Cup operators — four finals in eight tournaments. Clever players, shrewd coach, frightened of nobody as befits a team who meet the All Blacks and South Africa so often.

Weaknesses: Goal kicking could be a problem if Bernard Foley stays out of favour. Grudge match: Huge modern-day rivalry with Wales, and they hold the upper hand with just one defeat in their last 14. 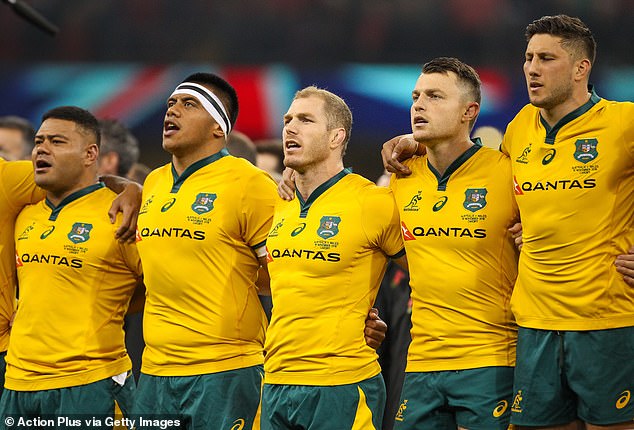 Key man: Alun Wyn Jones. Amazing — consistently world class in everything and an inspiring leader. His example has raised the whole tone in the squad. Rising star: I really like their unheralded flanker Josh Navidi. He makes a huge impact with his tackles and carrying and has something different about him. Could really blossom in Japan.

Strengths: Superb fitness, strong defence organised by Shaun Edwards, consistent excellence and calm under pressure. All backed up by Gatland’s canny tactics. Weaknesses: Can be a little predictable. Have so much ability and fire-power you sometimes want them to go up a gear sooner.

Grudge match: Probably Fiji, given the hangover of their defeat in 2007!

Key man: The surprise return of Mumuka Gorgodze is huge, a personality to draw the best out of others. Rising star: Livewire scrum-half Gela Aprasidze.

Strengths: Unbelievable running and off-loading ability. Weaknesses: Can be shut down and contained by opponents with powerful packs.

Grudge match: Any match against a fellow Islands team, while France are another side who manage to raise their hackles.

Grudge match: Will dig very deep against Georgia, who they beat at RWC2003.