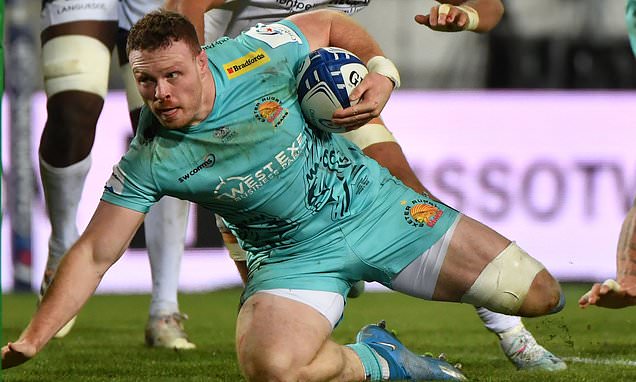 Simmonds marked his 100th Chiefs appearance with a 50-minute treble. He has now scored 75 tries for Rob Baxter’s men. The 27-year-old No 8’s strike rate is remarkable.

Simmonds’ England rival Alex Dombrandt also crossed for a hat-trick for Harlequins on Friday and the pair are the two most natural options to pack down at the base of Jones’ scrum, even though the Australian bizarrely sees Tom Curry — a more natural openside flanker — as the man to fill that position. 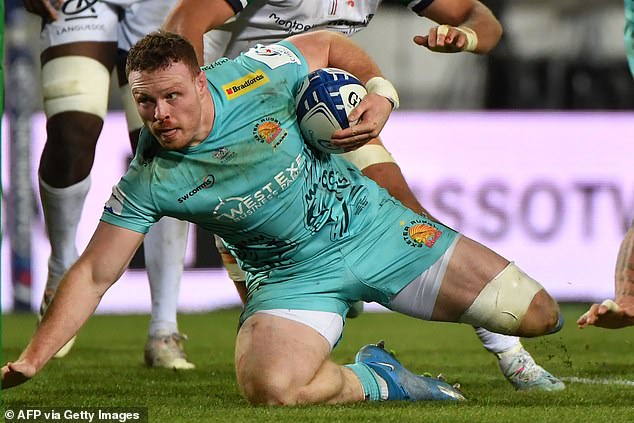 Despite Simmonds’ heroics, Exeter fell short and they will face Munster over two legs in the last 16 of the Champions Cup.

Rob Baxter, Exeter’s director of rugby, said: ‘We spoke about creating a game that would get Sam over the try line and we were joking about him getting four or five. I hope he gets some recognition with England now because he is bang on form.

‘I don’t think Eddie will be too disappointed and it is he who has to make a difficult decision.’

Simmonds showed his trademark power to open the scoring but Montpellier led 24-19 at the break after an entertaining, six-try first half. 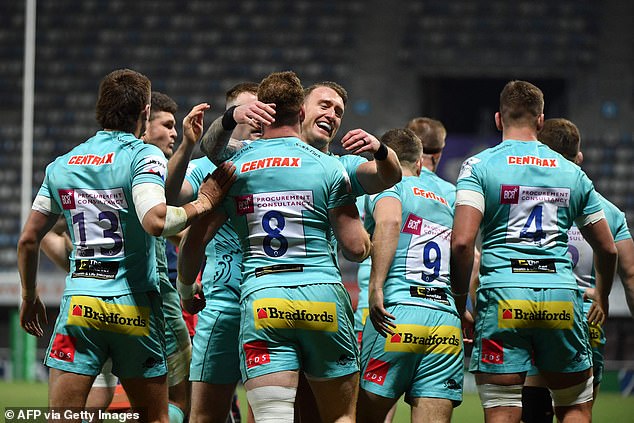 Despite Simmonds’ heroics, Exeter fell short and will now face Munster in the round of 16 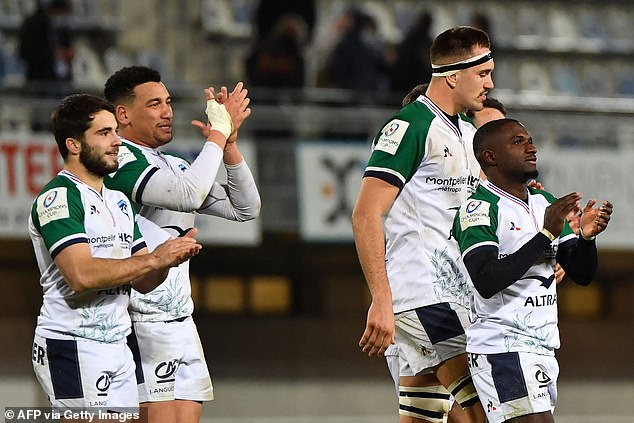 Anthony Bouthier crossed after a stunning Gabriel N’Gandebe run and Paul Willemse was also driven over. Simmonds’ second and a Sean O’Brien intercept kept Exeter in touch but Montpellier’s third came from Jan Serfontein. Simmonds made it three at the start of the second half as he showed impressive footwork.

‘I’m very proud to play 100 games for the Chiefs but ultimately it was a disappointing performance and result,’ Simmonds said. ‘We knew Montpellier would come at us. We just couldn’t handle what they hit us with early on.’

Willemse and Yacouba Camara led Montpellier’s giant pack and they sealed victory when their former Northampton scrum-half Cobus Reinach ran the length after a trademark intercept of a Sam Maunder pass. 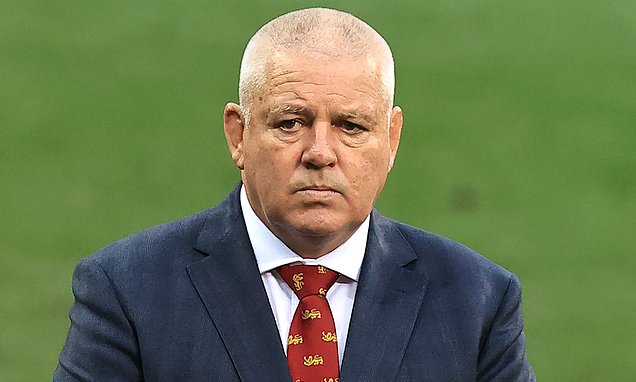 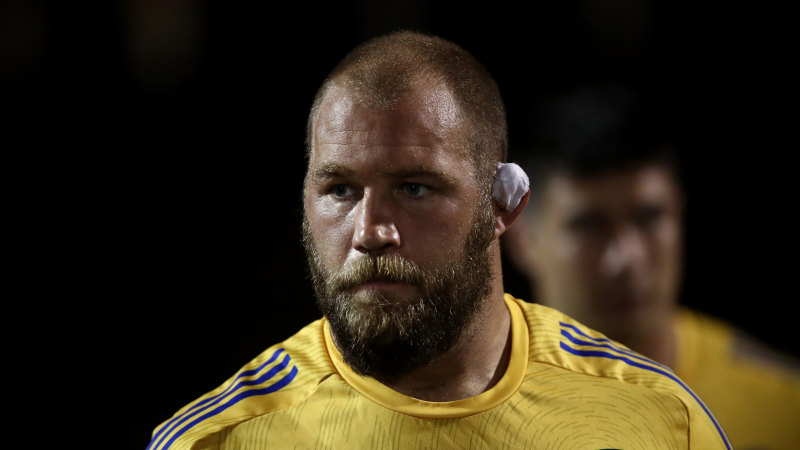