Picking a No 10 to play for my life, I’d go for Owen Farrell… he is the best big-match goal-kicker in the world

Owen Farrell or Beauden Barrett? Who would you pick to play at No 10 if your life depended on it?

Putting aside the fact that some of you would insist on adding Ireland’s Johnny Sexton to the equation, I would pick Farrell.

I would go for the Englishman but really it’s like choosing between Ronaldo and Messi or Kevin De Bruyne and Luka Modric. They are all equally brilliant in their own way so it depends on exactly what you are looking for. 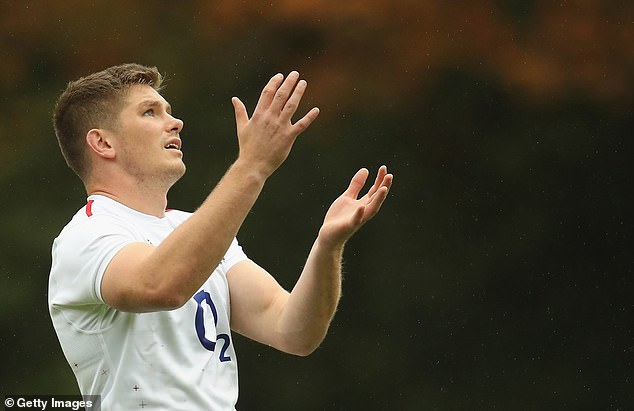 If I had to choose between Owen Farrell or Beauden Barrett, I would go for the Englishman

Barrett is a phenomenal strike runner and try scorer with 31 Test tries and hits the gainline flatter and with more pace than anyone in world rugby.

He is also a devastating creator of tries for others when his team are on the front foot which is most of the time. His speed enables him to make excellent cover tackles but he is not so confrontational or effective tackling the big units front on in heavy traffic.

Yet as a goal-kicker he can be decidedly hot and cold. He can kick beautifully when all the stars align but I wouldn’t necessarily want him kicking a touchline conversion to win the World Cup.

Farrell is the best big-match goal-kicker in the world — Wilkinson-esque in his consistency. I never expect him to miss even the most difficult kicks which is a huge plus at this elite level. Now that Elliot Daly is a regular starter, Farrell no longer takes the long kicks on the outer limit of his range and I can only see his percentages getting even better. 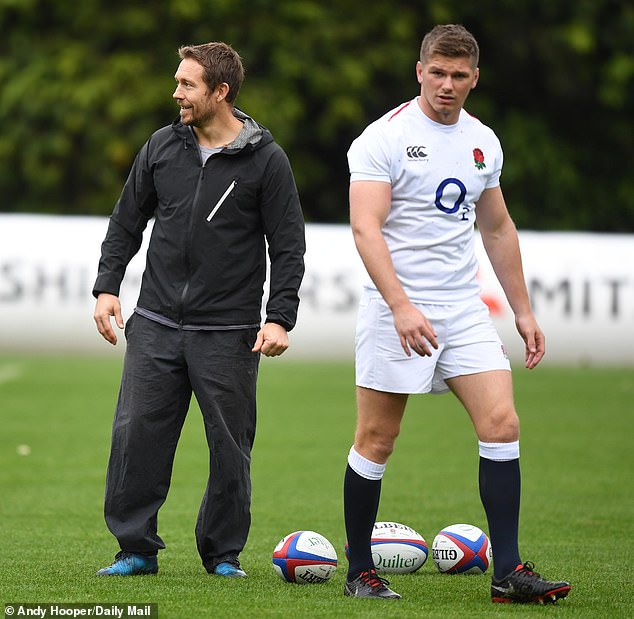 Farrell is the best big-match goal-kicker in the world, Jonny Wilkinson-esque in his consistency

He is also Jonny-like in his tackling and incredible physicality. In an eight-minute period at the end of the South Africa game last week he not only landed the winning kick from wide out, he stripped a Boks forward of the ball for a massive turnover three minutes from time and then produced probably a try-saving tackle on Andre Esterhuizen with a massive hit, which was just about on the right side of the law.

Farrell’s creativity and strike running has steadily improved, but he can still get better, just as Barrett needs to move his goal-kicking into world class.

In that respect I am amazed New Zealand haven’t hired Dave Alred to work not only with him but to run the whole kicking strategy for the All Blacks. If they did that, New Zealand would be nigh on impossible to beat based on their talent.

I have one bit of ‘positive feedback’ to both of these incredible players. In 132 Tests between them they have kicked just two drop-goals, both by Farrell. I’m not sure I can remember Barrett attempting one. Both are brilliant strikers of the ball so, guys, let’s see the full range of your genius. Drop goals are as important in the first minute as the last and New Zealand more than any other team have never grasped their importance in true knockout rugby. Don’t let the art die. 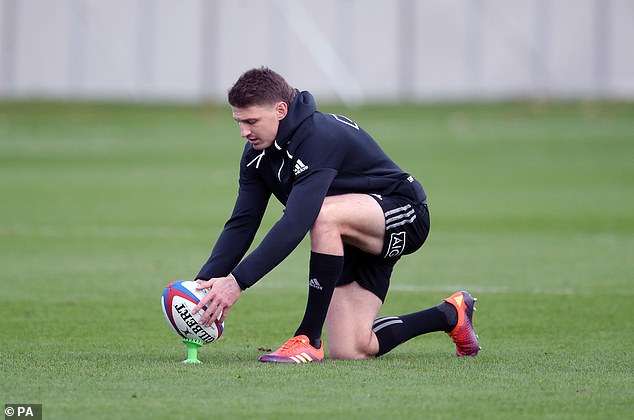 IF ENGLAND TRULY BELIEVE THEY CAN WIN, THEN IT’S DEFINITELY ON

The mental side of rugby is endlessly fascinating and if England truly believe they can beat the world champions on Saturday afternoon, there is every possibility of that happening.

England have just as many good rugby players as New Zealand, just as much skill and — for the first time in over a decade — they can match their fitness.

What is more, despite a long injury list, England have picked well and put together a team capable of beating an outstanding New Zealand side who have also prepared well, sending their first team over well ahead of time.

I enjoyed reading Lewis Moody in these pages earlier this week on how we tried to debunk the New Zealand myth on our way to winning the 2003 World Cup. Sometimes you must win the psychological battle before you win the physical encounter.

First we had to disprove that the southern hemisphere was superior. The only way you could do that was by playing them regularly, especially away from home. 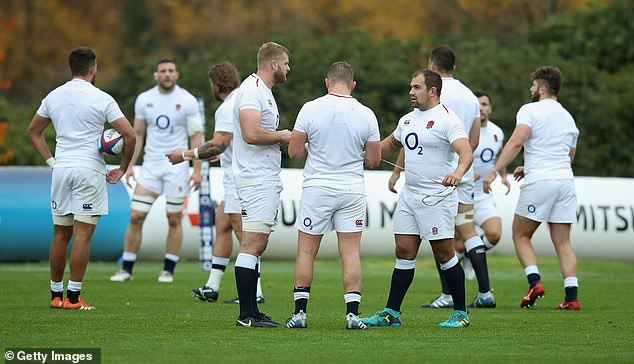 If England really believe they can beat New Zealand, there is every possibility of it happening

And yes I did start calling them New Zealand and not the All Blacks! They were ultimately just another national side representing their country.

In November 2002 and again in June 2003 I went through their team and ours and, although they were chock full of great players, we had a brilliant side and I made it quite clear that I wouldn’t swap one of their players for mine.

I will be intrigued to see England’s body language when they arrive at Twickenham on Saturday afternoon and in the warm-up. It’s difficult on TV but down on the touchline you can see if a group are confident and in control or a bit nervous and anxious.

England need to be ultra-positive but clever on Saturday. When the time is right they need to play at extreme pace, a speed of thought and deed that even New Zealand might struggle to cope with. England played so much better last week against South Africa when they took the handbrake off. They have the individuals to play that style.

But England must not neglect to pour the power on when necessary and take every single point on offer. 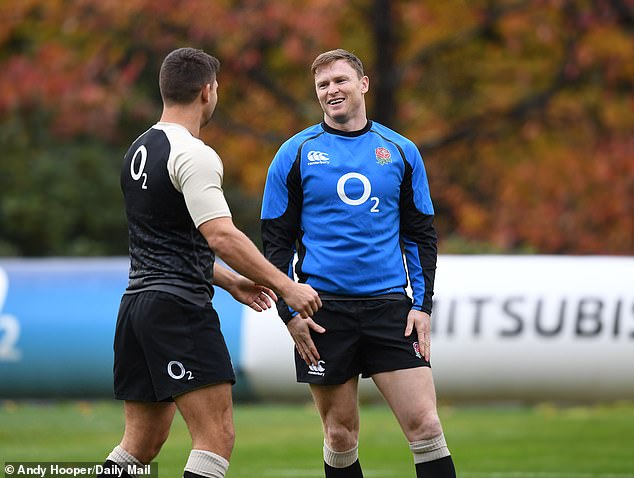 The trio of Chris Ashton, Elliot Daly and Jonny May can take on the world if used correctly

The front fives look even to me but I am looking at the New Zealand back row which doesn’t have quite the same invincible air these days — no McCaw, Kaino, Cane. It will be quality but I see no reason why the England trio of Brad Shields, Sam Underhill and Mark Wilson can’t match them in an area where England have usually come off second best in recent encounters. That would be a considerable spanner in the New Zealand works.

What I am really excited to see from England is the attacking threat of their back three. The trio of Elliot Daly, Chris Ashton and Jonny May can take on the world if England can use them correctly.

I have no doubt this is going to be a very close game but what I want to see more than anything is 82,000 people on their feet going nuts, not out of sheer patriotism, just loving the sheer pace and intensity that this team must play with.

England by one point!

Wales, having suffered 13 straight defeats against Australia, will try again on Saturday afternoon to end one of the most baffling records in rugby.

There is absolutely no logical reason why Wales — who have fielded some cracking sides over the past 10 years and again have a team that can seriously contemplate winning the World Cup — should have such a poor record against the Wallabies.

For too long, Wales have been blinded by their urgent need to beat England, in particular, and to win the Six Nations in general. Both are worthy but ultimately limiting aims.

To beat Australia on Saturday is infinitely more important than beating England at the Principality Stadium on February 23. Wales need to play on Saturday with passion, brilliance and conviction, as if it’s a World Cup Final. They must get over this mental hurdle before they can move on to greater glories. 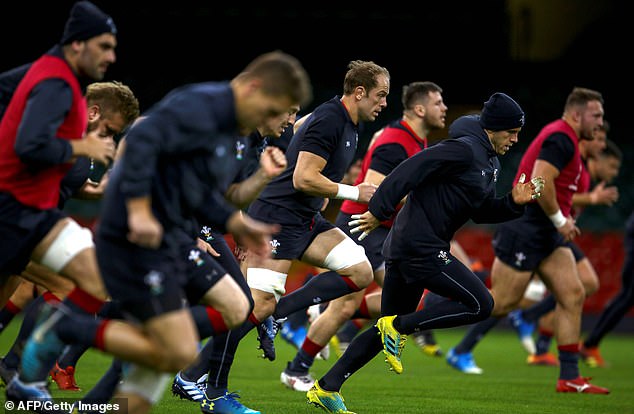