The three-game campaign of Australia A against Test-strength rivals has been lauded for preparing players to step up to the Wallabies, and possible Test match duties against Argentina in the upcoming Rugby Championship opener.

But the Pacific Nations Cup earlier this month, which featured the reformed Australia A playing against Fiji, Samoa and Tonga teams, has also been praised as a timely reminder of how enjoyable rugby can be to play and watch when there is no TMO interference.

Players overlooked for the Wallabies squad were selected for Australia A under Waratahs assistant coach Jason Gilmore. Using the same playbook and calls as the Wallabies, they beat a strong Fiji team, downed Tonga and lost narrowly to Samoa. Samoa and Fiji are ranked 11th and 12th in the world, respectively.

They were the first games played by Australia A since 2008, and the program’s reintroduction was designed to ensure emerging and fringe Wallabies candidates could play high-level footy after Super Rugby, instead of returning to club rugby.

Waratahs centre Lalakai Foketi, who made his debut for the Wallabies last year, shapes as a player who could benefit from the Australia A set-up, given the departure of Samu Kerevi, who is on sevens duty at the Commonwealth Games. Instead of needing time to get up to speed after a month in club rugby, the reliable No.12 said the Australia A program has prepared him for duty. He will vie with Hunter Paisami and Irae Simone to replace Kerevi.

“You look at the teams we played – Fiji, Tonga and Samoa, especially that Fiji side – it is a huge step up from going back to play club footy, so if you’re going from that competition into the Argentina series and The Rugby Championship, I think you’d take a lot of confidence out of that,” Foketi said. “I definitely did, playing against those sides. It is a big step. I think I would be ready. 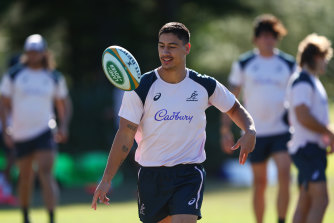 “Going into the Aus A campaign, I didn’t know what to expect. But as soon as we got over there, it is the same environment as here [the Wallabies], you know? You are basically playing for Australia. The competition was massive. It is a great set-up and a great competition, and Aus A should continue.“

The Pacific Nations Cup didn’t use TMOs, due to broadcasting logistics in Fiji, and the games were refreshingly good to watch, with far fewer stoppages. While there i no chance World Rugby would scrap TMOs, it allowed for a glimpse of what rugby could return to with less involvement by officials other than the referee.

“The game just flowed,” Foketi said. “There was only one ref on the field and I guess two touchies, and no one looking from above and having a third say. When you scored a try that was touch and go, you’d either award it or you wouldn’t. So then you’d get back on the game.

“Going from Super Rugby to Aus A, it was definitely more free-flowing just because of the no TMO.”

Rebels and Australia A prop Matt Gibbon, who won a call-up following Angus Bell’s injury, said the team was slow to adapt against Samoa, in a game where a couple of questionable tries avoided scrutiny.

“There were a few things there where we didn’t react well, and after that first game, we realised, ‘Yeah OK, this [TMO] is not here so we can just play some footy’,” Gibbon said. “That’s why we played so well against the Fijian team.

“I bloody enjoyed it. It’s fun, the heat over there was a bit crazy, but you are just playing – just playing rugby.” 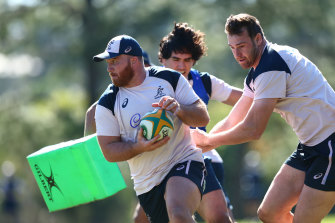 Matt Gibbon carts the ball up during Wallabies training.Credit:Getty

Gibbon spent time in the Wallabies’ training squad in 2019 and after only earning his first full-time professional contract a year earlier, it was a career highlight for the Southern Districts prop.

“I was supposed to get a shoulder recon before I went into that, but I just said, ‘You know what, I don’t want one. If I am in the Wallabies squad, I would rather try and stay there’,” Gibbon said. “I just brushed the shoulder recon and that was probably a bad idea, my shoulder started falling out during the year [2020].”

Gibbon, 27, underwent a double shoulder reconstruction at the start of 2021 and after a long rehabilitation, returned to the Rebels team in 2022.

“I have been around the park a while now … I have always been head-up, looking to get back in here and give it a crack,” he said.

Watch every match of the Rugby Championship ad-free, live and on demand only on Stan Sport. 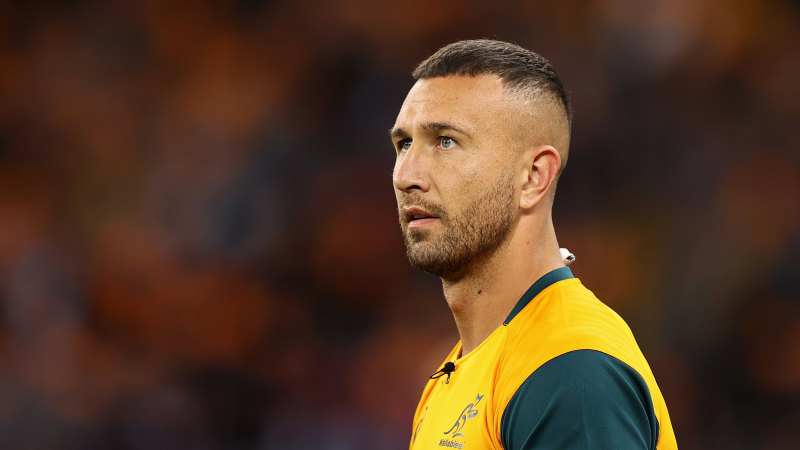 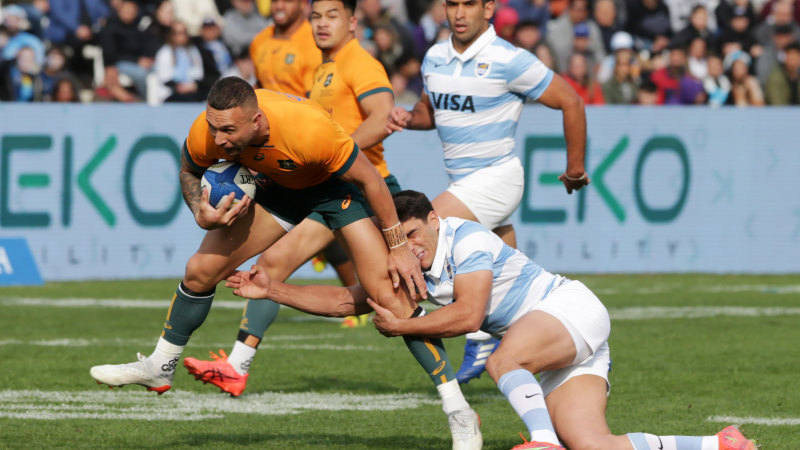