A young All Blacks side were put through their paces one final time in the captain’s run on Thursday ahead of what will represent a big chance to impress against Japan.

With many of their established stars already in London ahead of next week’s big Test against England, Steve Hansen will field a team of young guns against next year’s World Cup hosts in Tokyo on Saturday.

As many as eight players in the squad are set to earn their first cap with Dalton Papalii and midfielder Matt Proctor named in the Hansen’s first XV. 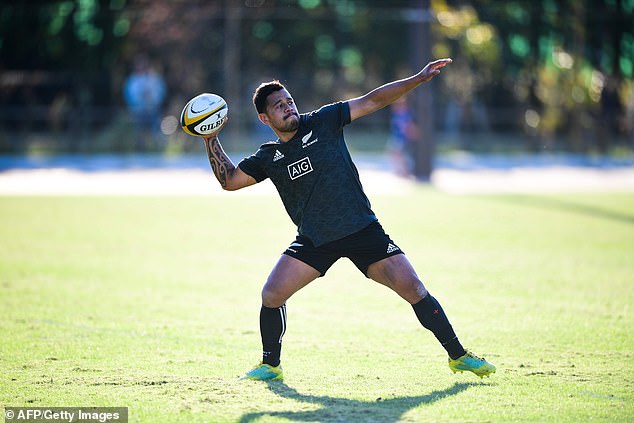 Nehe Milner-Skudder, All Blacks full-back, tries an unconventional throw during the session 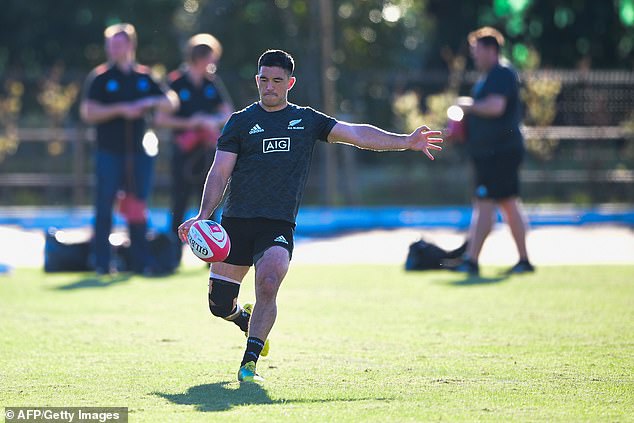 Another six are expected to earn their debuts from the bench, including: prop Tyrel Lomax, loose forwards Gareth Evans and Dillon Hunt, halfback Mitch Drummond, first five-eighth Brett Cameron and outside back George Bridge.

The decision to send a number of senior players ahead to England following their Test win over Australia perhaps serves to suggest that the All Blacks are not taking this World Cup dress rehearsal that seriously.

However, the chance to play in the Yokohama International Stadium could be an invaluable experience. The venue will host New Zealand’s opening game of the World Cup as well as the semi-finals and the final. 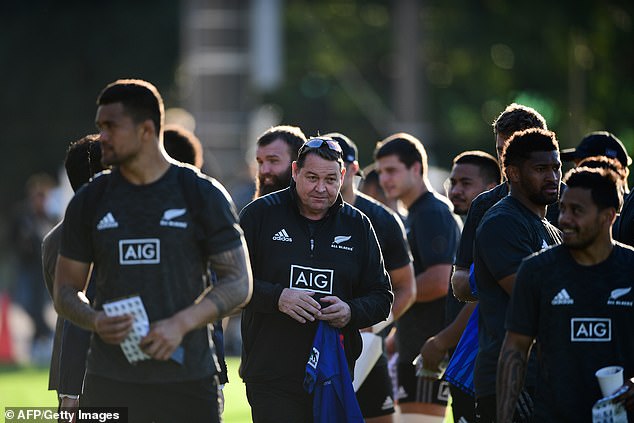 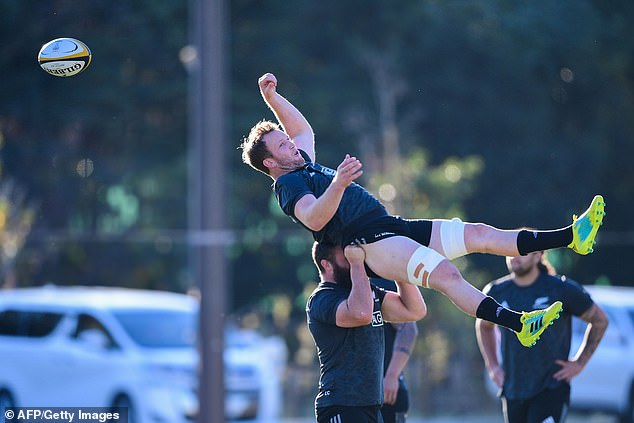 Japan have showed significant improvements in the build up to 2019, but they are unlikely to prove a match for a team who have won 20 of their last 18 Test matches.

It may also suggest that Hansen sees next week’s game against Eddie Jones’ England as a much more important occasion. The Red Rose are widely expected to be the All Blacks’ biggest challenge at next year’s World Cup.

New Zealand’s match at Twickenham kicks off their autumn tour, which will also see them take on Ireland in Dublin and Italy in Rome.

Ryan Crotty appeared to be enjoying his time in London as he posted a picture of a quiet London high street during a morning walk with Matt Todd and Owen Franks. 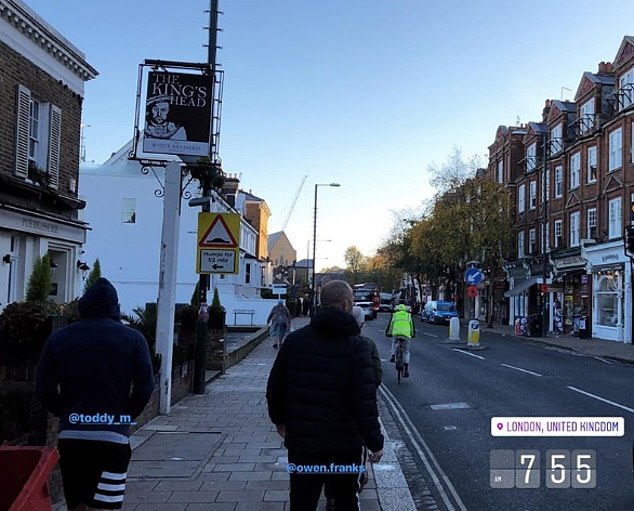 ALL BLACKS TEAM TO PLAY JAPAN