England produced another dominant but predictable victory, dispatching Georgia with the same ruthless efficiency at Twickenham on Saturday as they demonstrated in wearing down Italy in Rome a fortnight earlier.

So far they have been content to employ a limited game-plan to overwhelm weaker opponents. But using players’ own verdicts and reflections on what lies ahead, where does the performance and result leave England?

The win over Georgia was based almost solely on pack power. England had the upper hand in the set piece and deployed their maul as a weapon which yielded a hattrick of tries for Jamie George — the first by an England hooker. 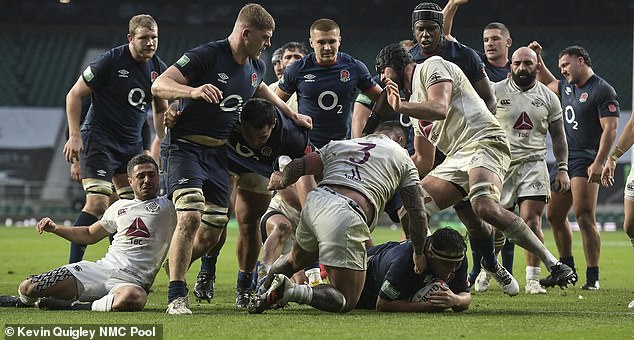 Ellis Genge, Will Stuart, Charlie Ewels and Joe Launchbury showcased the depth of front-five resources at coach Eddie Jones’s disposal. They targeted and eclipsed the visitors’ traditional  areas of strength, but Georgia are a team in transition. On Saturday, Ireland’s pack will properly test the English eight.

Genge said: ‘We did a good job on them. We put so much prep into that game knowing they are a good scrummaging side and we have to bring that every week.

That’s a marker for us now.’ Asked if the Irish pack are a threat, he added: ‘Yeah. Yeah, they are.’

England have been one-dimensional. The win over Italy was  based on a kicking barrage and a wait to play off errors. On Saturday, in poor conditions, success was built on their driving game.

Jones has talked of the need to re-establish English staples of set-piece control and robust defence, so the time has come to add attacking layers. England may reject calls for expansion in the name of entertainment but they must be capable of it in order to open up teams with big packs and organised defences.

Victory against New Zealand in last year’s World Cup semi-final was sparked by high-octane attacking play. If the weather allows, it is high time to dust off that approach again, to show that attack coach Simon Amor can pick up the baton from the departed Scott Wisemantel. 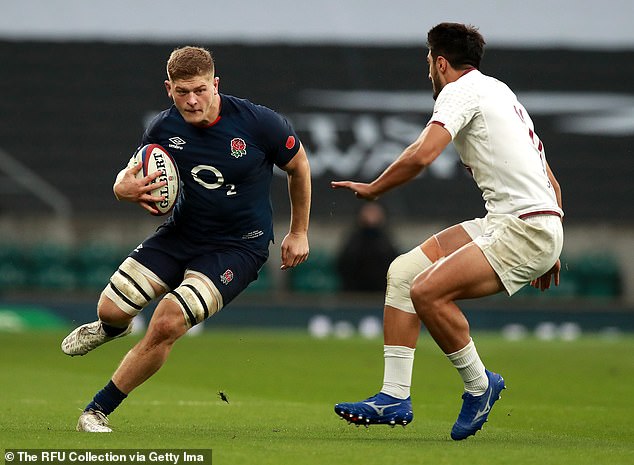 Full back Elliot Daly scored a try off the one slick raid against Georgia. Asked about the wait to show some fluency, he said: ‘I think we have that already. We have that in the locker. When needed, it’s going to come out.’

The Wasps flanker made a tryscoring Test debut which suggests he can challenge the established back-row pecking order.

With Sam Underhill rested and Jones suggesting the Bath player will come into contention ‘further down the track’, the head coach could consider retaining Willis in the No 7 shirt against Ireland.

That would be the best way for the 24-year-old to confirm that he has taken the step up from club rugby in his stride.

If George Ford is available again, he must be considered for a return at No 10, with Owen Farrell restored to inside centre.

Ford’s vision and passing class have been missed and the captain struggled to handle and distribute the wet ball several times and stuck to the pre-match gameplan rigidly when there were chances to improvise. 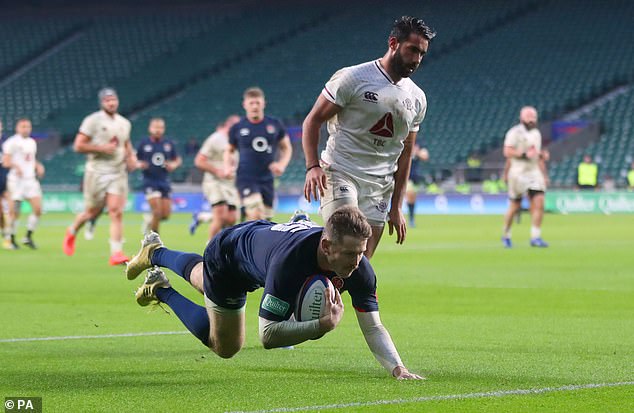 Farrell and Ford have often formed an effective 10-12 alliance, but the partnership has worked best in a midfield unit with currently injured Manu Tuilagi.

Jonathan Joseph is an injury doubt and Henry Slade is another playmaker centre. Ollie Lawrence did not have a meaningful audition on Saturday as he barely received the ball in space.

Up front, first-choice props Mako Vunipola and Kyle Sinckler are sure to return with Maro Itoje in the second row.

Billy Vunipola has not been at his dominant peak of late, but any temptation to deploy Tom Curry or Ben Earl at No 8 would be best resisted until the game with Wales. 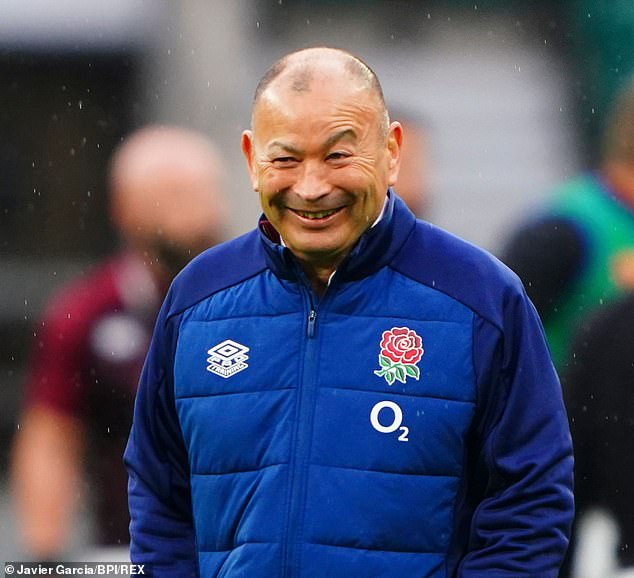 Ireland were convincing winners over Wales but not in the manner of their performance.

Jones says they are dangerous, saying: ‘Andy Farrell has made their attack a bit unpredictable and changed their selection, bringing in Jamison Gibson-Park and James Lowe, so they present  a good tactical challenge. It will be a massive step up.’

England will be favourites against Ireland and have every chance of going on to meet France in the final on December 6 at Twickenham.

They will need to gain greater cohesion away from the tight contact areas, as the French pack won’t go quietly.

With no certainty about if or when the next Six Nations will take place, the pursuit of results and a trophy with a win-at-allcosts mindset is valid.

But at some point, England will have to unveil a plan which makes them equipped to take on all-comers. 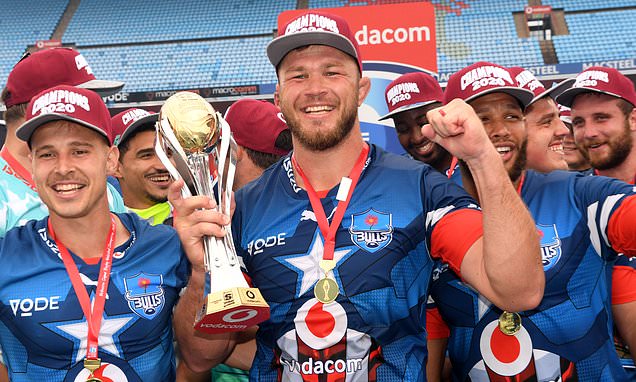 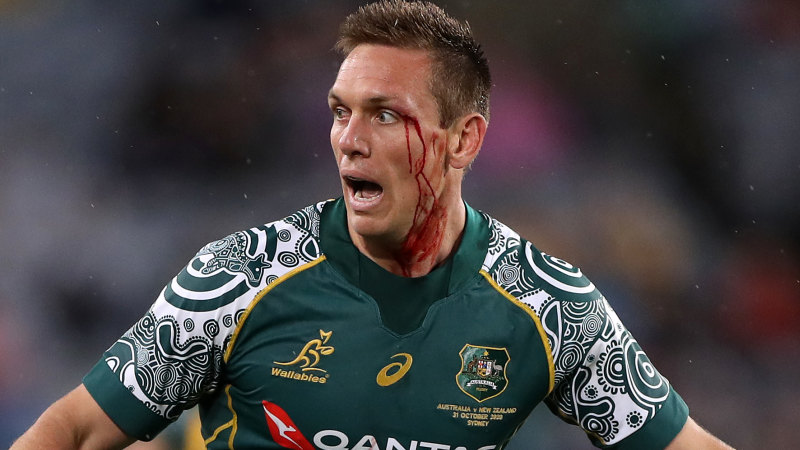 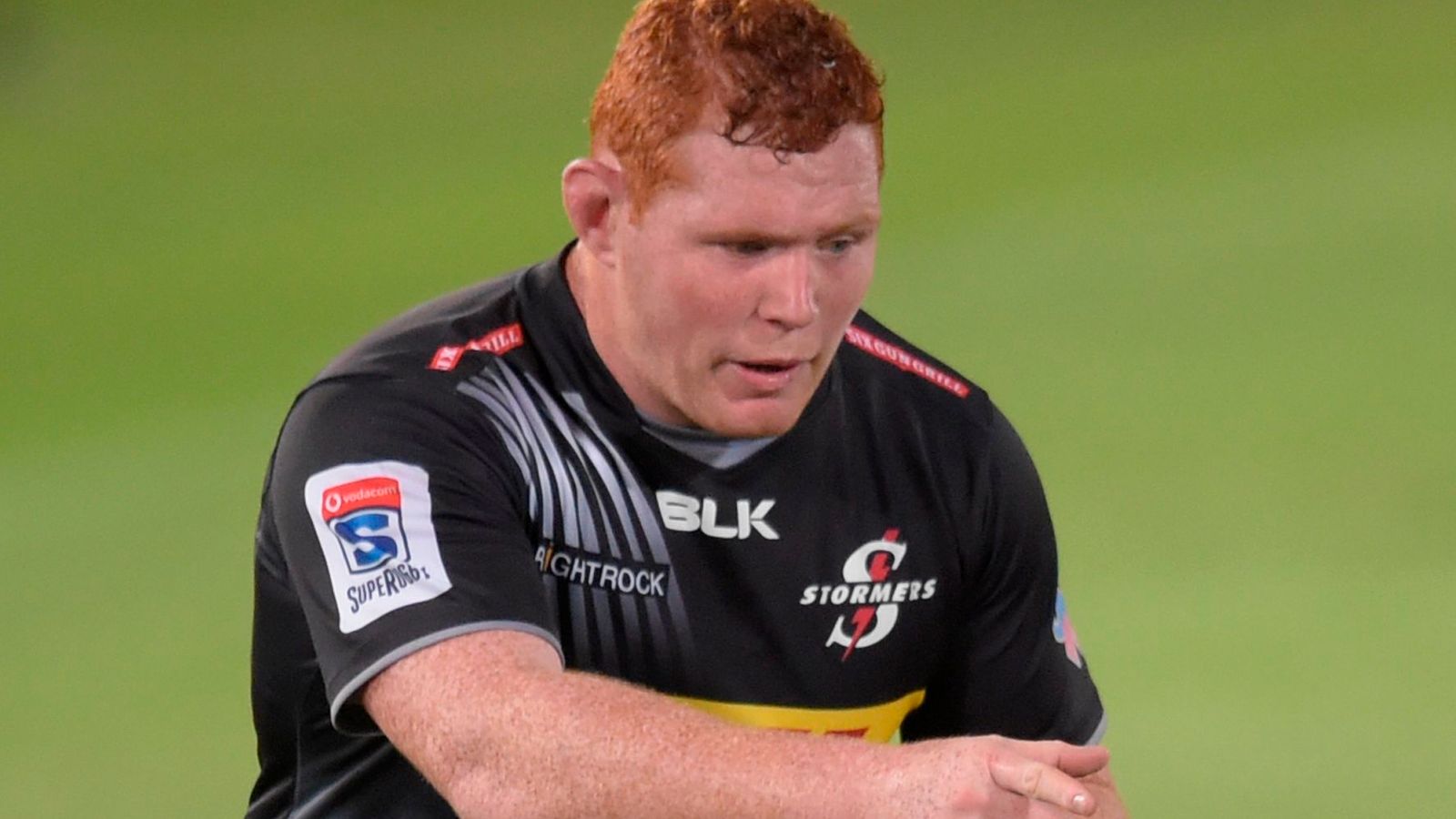