Greg Feek has seen some big changes in Irish rugby since arriving here eight years ago, but the biggest shift he has witnessed is the perceptions in his native New Zealand towards the men in green.

There once was a time when Ireland were labelled as the plucky underdogs by their esteemed Kiwi opponents.

Legendary England No 8 Lawrence Dallaglio gave a glimpse into the Kiwi psyche when he gave a rousing speech to the 2005 Lions touring squad before their clash with the New Zealand Maori in Hamilton. 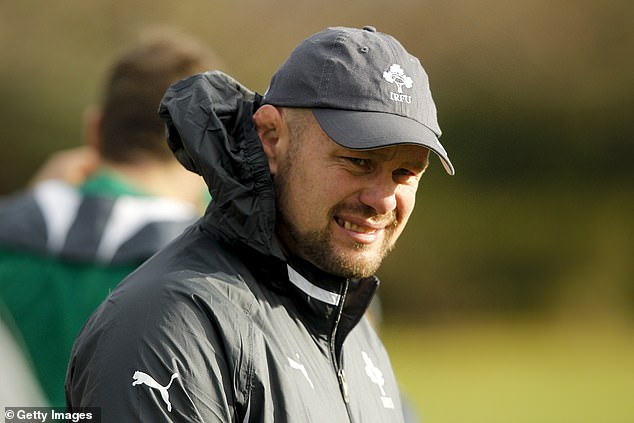 ‘I was in a hotel room like this four years ago and Graham Henry stood up and spoke and the words he said will live with me for the rest of my life,’ Dallaglio told his team-mates the night before the game at Waikato Stadium.

‘Not my words, his words and do you know what… he’s f***king right!’ Irish rugby was very much in that bracket for a long, long time. Not beating New Zealand for 111 years certainly didn’t help matters.

That historic win against the men in black in 2016 at Soldier Field in Chicago shook the world’s No 1 team to their core, while Tadhg Furlong, Conor Murray and Johnny Sexton played major roles in the Lions’ drawn series in New Zealand during the unforgettable 2017 tour.

For Feek, a man who represented the All Blacks on 10 occasions, Ireland are no longer viewed as underdogs in his homeland, but genuine contenders on the world stage. High praise from a most discerning public.

He made a telling observation on Tuesday: ‘My sister works in the media down there [in New Zealand] and she was saying sort of 10 or 15 years ago Ireland were always the sort of team that could beat somebody big… do you know what I mean? 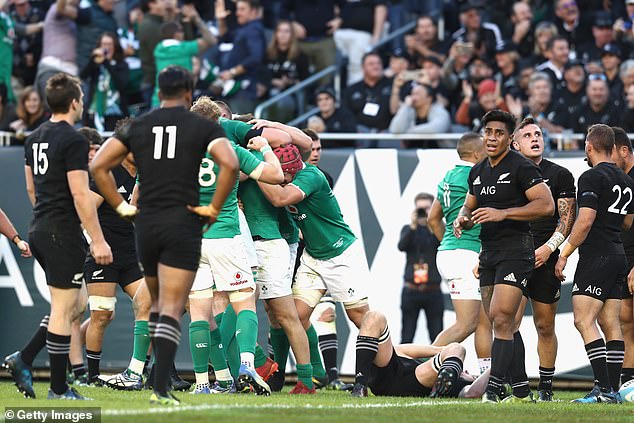 ‘They always had the potential but now that potential has come through. There’s definitely a massive shift even to the point where I get asked… like 10, 15 years ago they wouldn’t have known too many Irish players. Now they’re constantly asking when I’m down there, “what’s he like?”, “what does he lift?” or “what does he do?”, you know?’

He continued: ‘People are asking “what’s this player management programme?”, “why is that so good?” or “why is this so good?”. “How do you manage this?” So, it’s not just the threat of winning, guys want to come into camp and watch and learn.’ Feek has seen an evolution in depth, skill levels and belief to a major degree since he took the role as Leinster’s scrum coach back in 2010.

Back then, Ireland’s propping stocks were threadbare. John Hayes had single-handedly shouldered the burden at tighthead for the best part of a decade.

When Munster’s totemic star hung up his giant boots in 2011, Mike Ross stepped in to lock out Ireland’s scrum for the next four years.

Other options were very much in the ‘in case of emergency, break glass’ category. During the harrowing tour of New Zealand of 2012, featuring the now infamous 60-0 Hamilton horror show, Feek was depending on a half-fit Ross to anchor the scrum, but he had high hopes for the future.

On a grey day at a motel in Takapuna during his press duties, Feek name-checked a young tighthead called Tadhg Furlong who had the potential to step up. 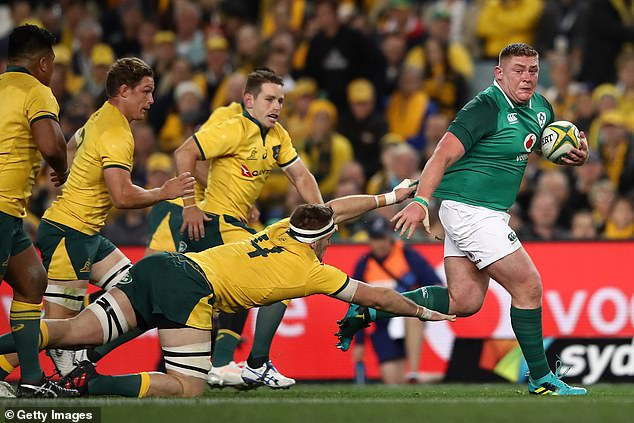 Five years later, Furlong was starting for the Lions against New Zealand.

When Feek departs Ireland for a new gig in Japan after next year’s World Cup, he can look back at a job well done.

‘At the time, that was the excitement behind the challenge, when we got here and probably the infectiousness of the guys I’m working with, has maintained that excitement (in me). It makes me want to keep this going and even hearing them talking about depth underneath them.

‘I am pretty sure it was Tadhg and Jack (McGrath) who were saying they were excited by what else is to come and how they could contribute to that as well, and when you see that, you want to be part of that as well.’