Michael Hooper’s future as Wallabies captain is up in the air after the announcement he will stand down as Waratahs skipper for the upcoming Super Rugby season.

In a major shock just over a week before the Waratahs play their first match of the season against the Crusaders, Hooper has informed teammates he has chosen to not continue in the role he has been in full-time since 2016 when he took over from Dave Dennis. 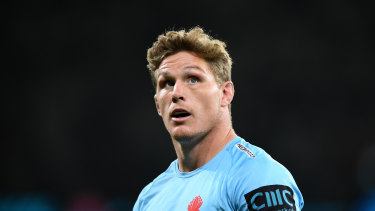 Michael Hooper will stand aside from captaincy duties with the Waratahs. Credit:AAP

Hooper will be replaced as Waratahs captain by 100-Test Wallaby Rob Simmons, while Kurtley Beale is set to be named vice-captain by the club on Wednesday morning.

Simmons, with 145 Super Rugby caps to his name – 114 of those at the Queensland Reds – will become the 172nd captain of the NSW Waratahs in their 146-year history.

It begs the question of whether Hooper will continue to lead the Wallabies but his decision to step back at provincial level suggests he has had enough of the top job.

If Hooper does want to pass the baton on, it gives new Wallabies coach Dave Rennie time to think of a successor. As it turns out, Rennie is set to meet Waratahs players on Wednesday. 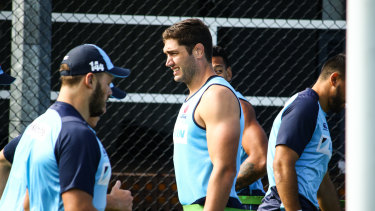 Diamond of the rough: Rob Simmons was one of the Waratahs’ best in 2019. Credit:Jamie Conroy, NSW Waratahs

In a statement, Hooper, who won a Super Rugby title in 2014 with the Waratahs as stand-in captain, said: "It’s been an honour to represent New South Wales as a player alone but the opportunity to lead a fantastic group of men over the journey to date has been a humbling experience.

“It’s a role that I’ve thoroughly enjoyed but I feel that the time is right for someone like Rob to lead this group in the season ahead.

“Someone of his quality and character, both on and off the field, leading this young team around will be extremely valuable moving forward. He has the full support of myself and the wider leadership team in building a culture we feel will bring NSW success in Super Rugby.”

Hooper was a broken man after Australia’s World Cup quarter-final exit in Japan. He has captained the Wallabies in 48 of his 99 Tests. 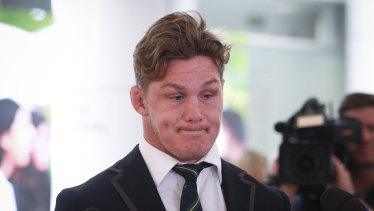 Speaking on arrival back in Australia in October, Hooper told reporters: “[Captaincy] is a privilege that is given to you and you do your best in that role. That is all I ever tried to do. If that continues, so be it. It's not something I have ever tried to really knife other people to go and get or anything like that."

Hooper absence is a real changing of the guard under new coach Rob Penney, who paid tribute to the NSW stalwart.

“We’ve had a number of conversations about this and we feel that this is in the best interest of the entire squad,” Penney said.

“Rob has shown himself to be an incredible leader in my short time here at the Waratahs, his presence around the group and his experience at provincial and international level will be an invaluable resource for our younger boys.

“We’ve got an exceptional group of leaders within our squad, and while Rob’s appointment is a wonderful recognition of his qualities, it’s also not his responsibility to lead alone which is something we’ve talked about with our senior players.

“Michael and the wider leadership group will have a pivotal role to play in supporting both he and Kurtley in their roles as captain and vice-captain.”