Gloucester 26-17 Connacht: Tom Marshall scores twice as his side halt run of five straight defeats with victory over Connacht to keep their European hopes alive

Quarter-final qualification is still slim at Castle Grim, but Gloucester stopped the rot of a five-match losing streak to fire up their festive flames.

A bonus-point win thanks to two Tom Marshall tries and one each for Louis Rees-Zammit and Jake Polledri just about keeps Cherry & White hopes alive in Europe, but as they now have to win in Toulouse and at home to Montpellier in January it will be tough.

So did Johan Ackermann rue resting the likes of Danny Cipriani, Ben Morgan and Franco Mostert against Montpellier last time, where their second-string lost by three points? 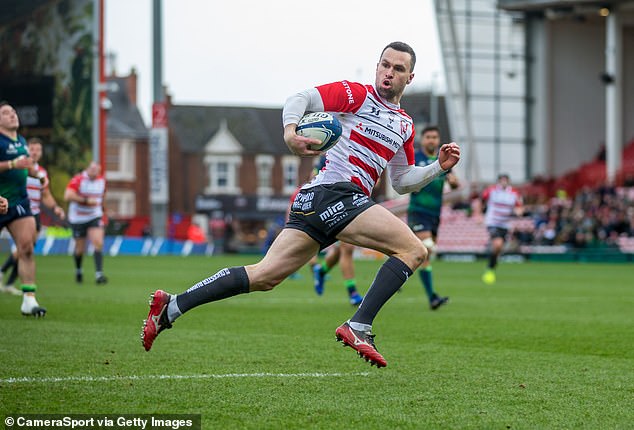 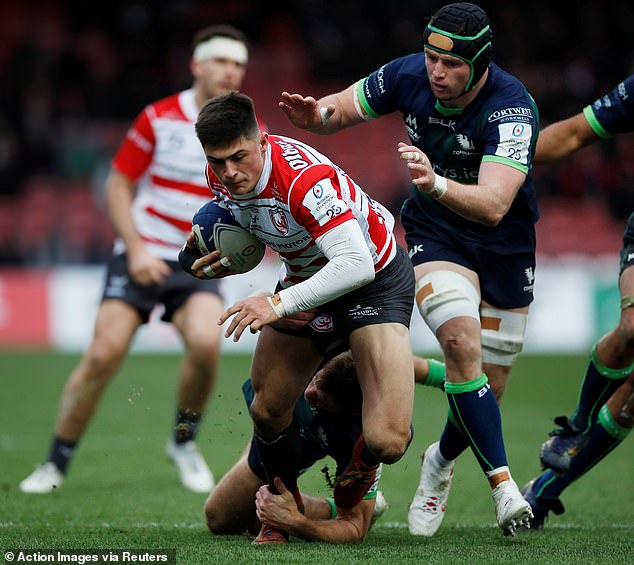 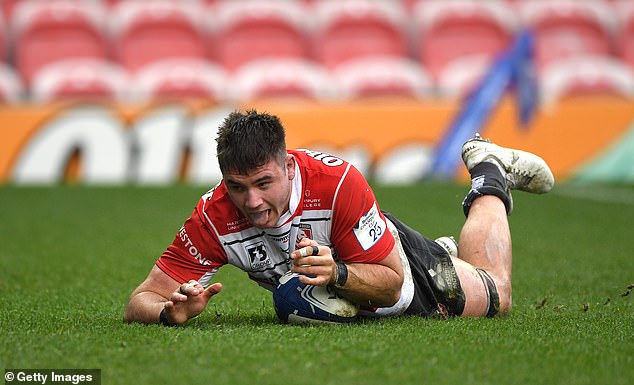 ‘We regret more that we lost against Toulouse,’ said the boss.

‘There will always be regrets in life but you have to live with it. We felt that team could still win in Montpellier.

‘The last few weeks have been tough so I’m glad the result went our way. We hope it kick-starts our season but we know it wasn’t perfect today.’ The Kingsholm club were in a tricky trot – having lost five on the bounce before this – and their profligacy led to much wailing as the wind had the posts at each end waggling.

Gloucester did score one try, a fine individual effort down the right-hand side from Marshall, but should have definitely two more.

Mark Atkinson managed to trip himself over when a pass to Joe Simpson would have put the scrum-half in, and Franco Marais dropped one over the line after a rolling maul.

That meant Connacht led at the break – Jack Carty popped an excellent offload to Joe Porch the full-back for a try and hit a penalty when the Connacht maul was dragged down.

But Gloucester were whisked along by a 20mph gale behind them in the second-half. 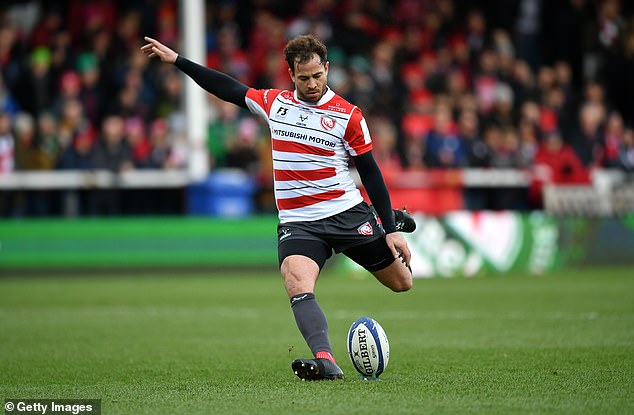 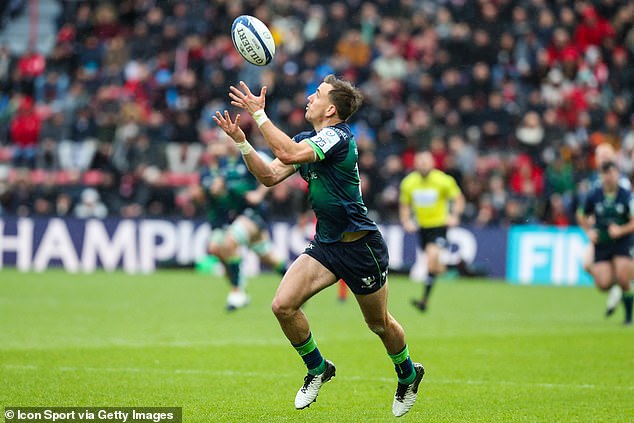 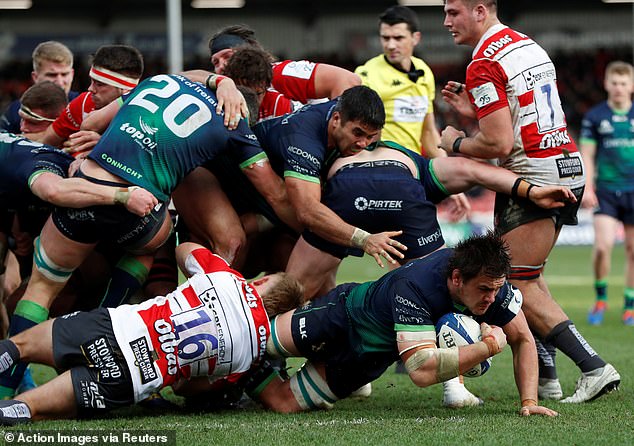 Danny Cipriani picked it an intercept and whizzed away before finding the zooming Rees-Zammit to finish off the score as he slowed. Cipriani converted and the Cherry & Whites blossomed.

Marshall and Thorley were unable to dot down Cipriani chips but when Kyle Godwin was sent to the sin-bin full-back Marshall exploited the overlap to dummy and score on the right.

Cipriani missed the kick but Jake Polledri soon bashed through a weak tackle from Dennis Buckley and Gloucester had the bonus-point try.

With substitute Billy Twelvetrees yellow-carded after persistent Gloucester penalties at the last Connacht had their converted try from Quinn Roux but it was not enough for a losing bonus-point.

Gloucester are in the fight but not quite alight in Europe.