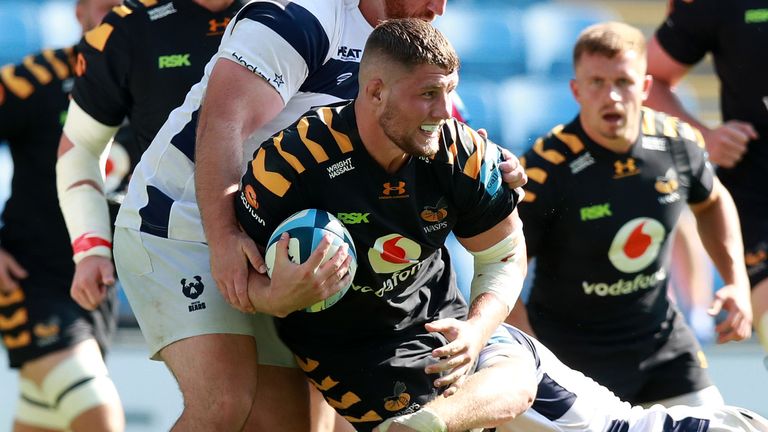 We round up all of the action from a big day of Gallagher Premiership action, which included another huge win for Wasps and Leicester Tigers claiming derby honours…

Red-hot Wasps racked up more than a half-century of points for the second game running as they overwhelmed fellow play-off contenders Bristol Bears at the Ricoh Arena.

The hosts ran in nine tries, plus notched 12 points from the boot of Jimmy Gopperth, and had the try-scoring bonus point wrapped up after just 18 minutes – the second-quickest time in Premiership history. Bristol boss Pat Lam made 12 changes from the team which beat Northampton Saints five days ago, seemingly with one eye on next Friday’s European Challenge Cup quarter-final against the Dragons.

Flanker Jack Willis, winger Josh Bassett, hooker Tom Cruse and lock Will Rowlands all crossed as Wasps made a flying start and they finished the Bears off with further scores from Zach Kibirige, Dan Robson, Tom Willis and Gabriel Oghre plus a penalty try.

Fly-half Max Malins, meanwhile, dominated Bristol’s scoring, posting two tries and kicking four conversions for an 18-point haul, while centre Piers O’Conor also touched down and there was a late penalty try and Peter McCabe score as they claimed a bonus point of their own.

The result means Wasps will hold a top-three place going into the final two rounds of regular season action, but Bristol – who were two points ahead of their opponents before kick-off – will be fourth at best.

The East Midlands bragging rights went to Leicester as they secured only their second win since the Premiership season resumed with a derby triumph over Northampton at Welford Road.

Zack Henry, standing in for the injured George Ford at fly-half, kicked five penalties and converted Ben Youngs’ early try – coming on the England international’s 250th appearance for Leicester – to set the Tigers on course for victory. He also added a drop goal to ensure his side avenged a 36-13 defeat at Franklin’s Gardens back in November. Freddie Steward scored Leicester’s other points with a penalty.

Northampton outscored their opponents three tries to one, with Paul Hill and Henry Taylor crossing in the second half to go with a first-half penalty try, while Dan Biggar kicked a penalty and two conversions.