Wasps’ preparations for the Gallagher Premiership final have been hit by an outbreak of coronavirus at the club.

Four players and three members of backroom staff have produced positive results during the latest round of Covid-19 testing.

As a result, Wasps have cancelled training for the remainder of the week as a precautionary measure. 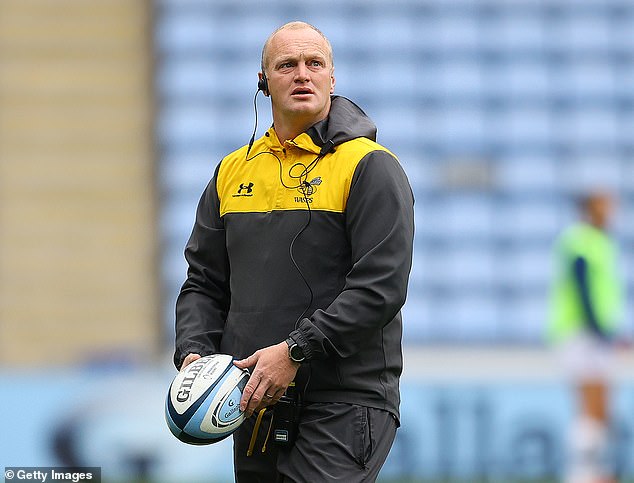 It is a significant setback in the build-up to their showdown with Exeter at Twickenham on Saturday week having emerged from lockdown as the Premiership’s form team.

‘The club’s medical team were informed of the test results following the latest round of the PCR Covid-19 screening programme,’ a statement read.

‘All seven, who are in good health overall, are now self-isolating and so are their close contacts.

‘They will continue to follow Public Health England and Premiership Rugby guidelines and protocols. 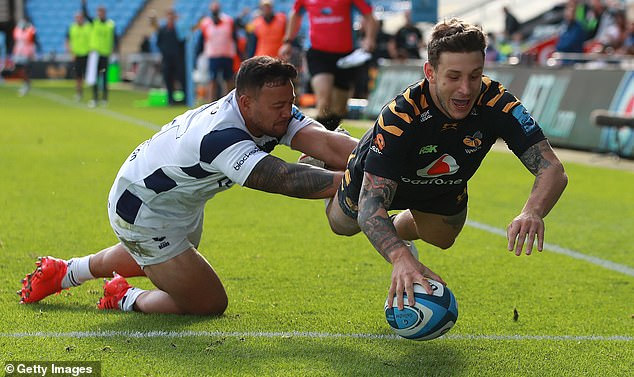 ‘Everyone at Wasps send their best wishes to the players and staff concerned.

‘The club’s Covid-19 contact tracing, measures and protocols, which remain rigorous, will continue to be adhered to.’

The development comes a week after Sale’s rearranged final-round fixture against Worcester was cancelled due to an escalation of positive tests, lifting the Sharks’ total to 27.

Wasps’ situation is far less severe, but the potential for the outbreak to spread means they face an anxious wait until the next round of testing.