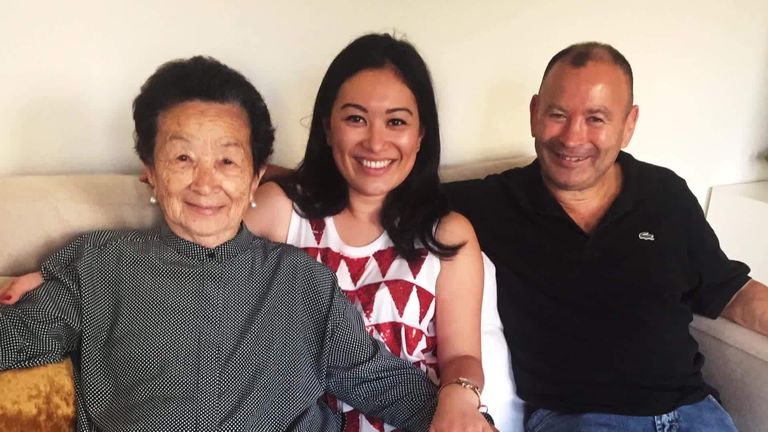 Sky Sports joined England rugby boss Eddie Jones on a journey around Japan as preparations continue ahead of the 2019 Rugby World Cup.

Jones’ much-travelled career in the sport has included various spells coaching in Japan, including his historic second stint in charge of the Cherry Blossoms.

They produced one of the biggest shocks in World Cup history during the 2015 tournament in England, when a late try was enough to secure Japan a 34-32 win over the mighty South Africa in Brighton.

It was only their second ever win at a World Cup, and two more would come against Samoa and the United States in the pool, but points difference and a heavy defeat against Scotland eventually cost them a quarter-final berth.

Ahead of the 2019 tournament, Sky Sports travelled with Jones as he looked back on his time in Japan, which also included two spells coaching the Suntory Sungiants club, and also looked ahead to bringing England to the country as they bid to win the tournament for the first time since 2003.

Click on the video above for a small segment of what to expect from Eddie Jones: Rugby, Japan and Me.