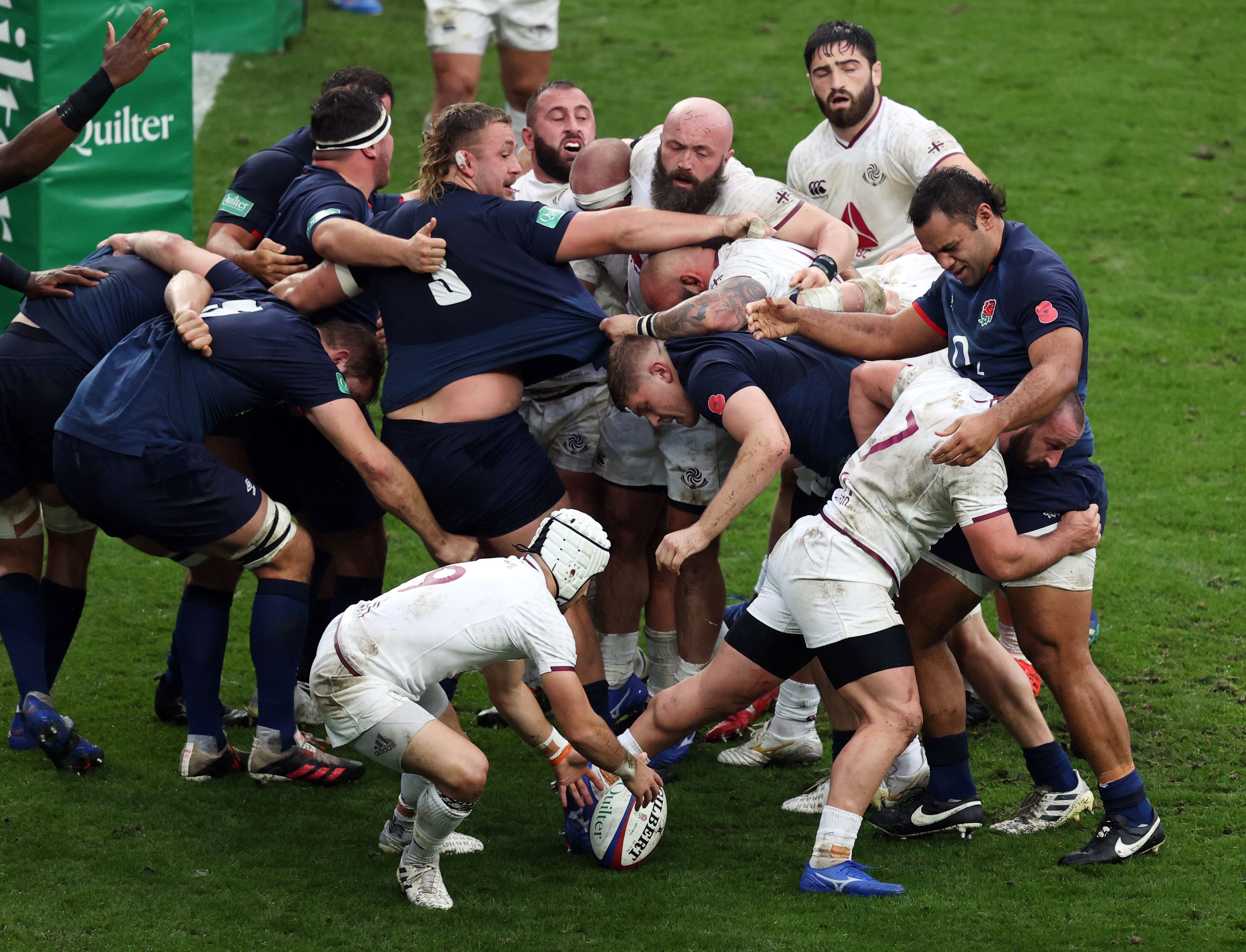 “It was quite an unusual game, we had 18 scrums and I think 12 mauling contests, so that’s 30 contests where you’ve basically got eight against eight which is unusual in Test match rugby,” Jones added.

“I think it’s about 250 per cent more than you normally get, and in that sort of game it worked really well. But the game against Ireland is not going to be like that so we need to rethink how we select the team.”

George was one of those players involved in both training sessions, and the Saracens forward admitted it was a relief to put those memories to bed.

“If you were in the front row, you always remember them so that was certainly there in the back of the mind,” George said.

“The way that we train we feel we are up there with one of the fittest teams around and we are able to scrum and at the same time we put a lot of pressure on the front five to outwork opposition and we need to be in the position to do that.” 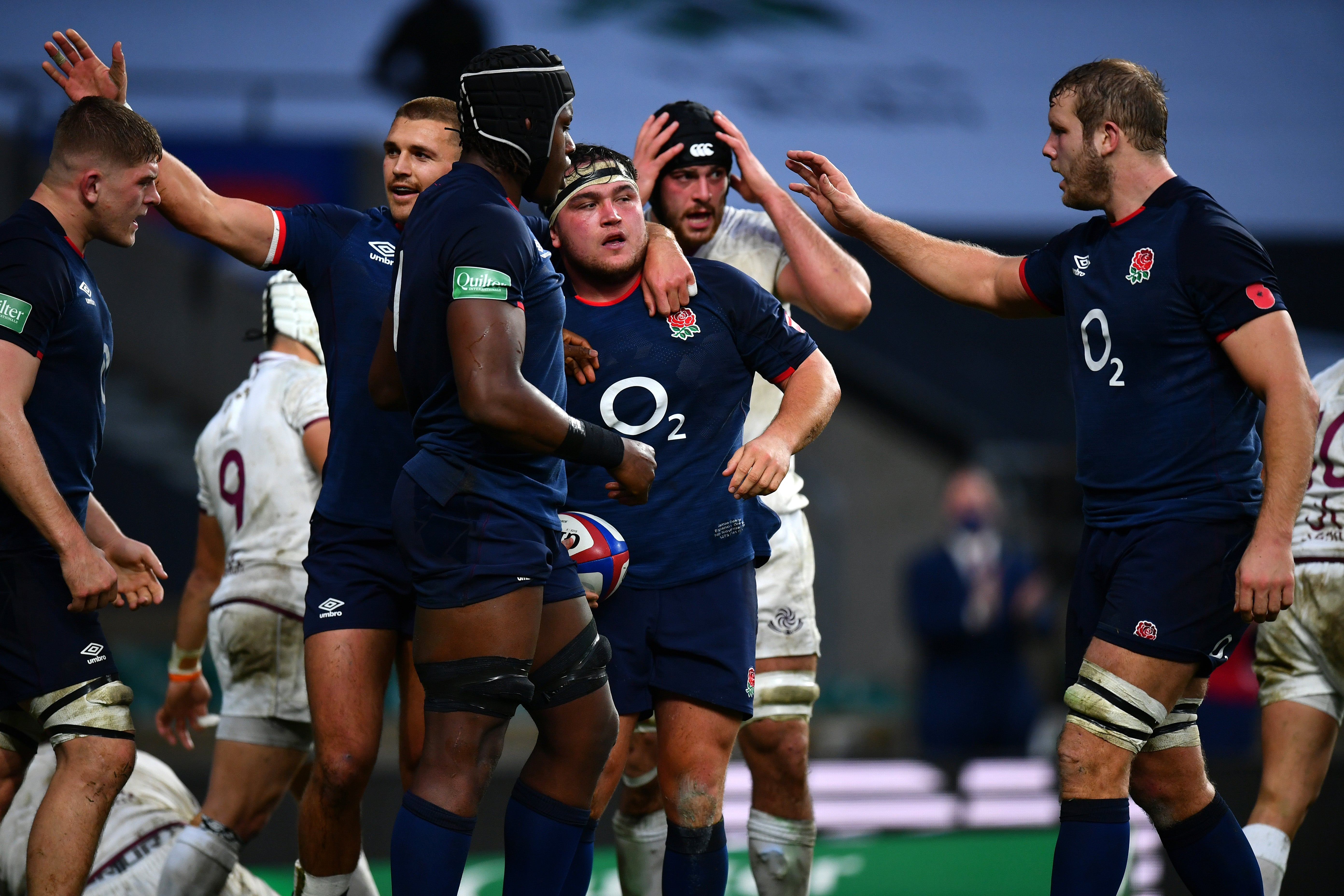 Having been presented with his 50th cap two weeks ago in the Six Nations title-clinching victory over Italy, George followed it up with another headline performance, although he was quick to pass on the credit after being at the back of three driving mauls where the hard work was done for him.

“I don’t really know how to put it into words really. It is quite embarrassing,” George added. “I just happened to be on the end of maul tries. I am getting a bit of stick but I am happy that we did what we did.

“We heightened the set-piece challenge this week and I thought the way that we went about it at both scrum and maul was excellent so for us to be able to reap the rewards of the hard work we put in the week is great.”

Jones was quick to turn attentions to next weekend’s visit of Ireland, who opened the Autumn Nations Cup on Friday with a dominant victory over Wales that sees Andy Farrell’s side just one point behind Group A pace-setters England.

“It’s always an interesting week when you have a squad of 30 players competing for spots,” Jones said.

“We realise the Ireland game is going to be the most important game of the year. So we’ll go away and have a good preparation. Ireland will be cock-a-hoop after their big win against Wales so they’ll come with plenty of confidence and swagger.”

How cocaine, fame and the Mafia destroyed Diego Maradona