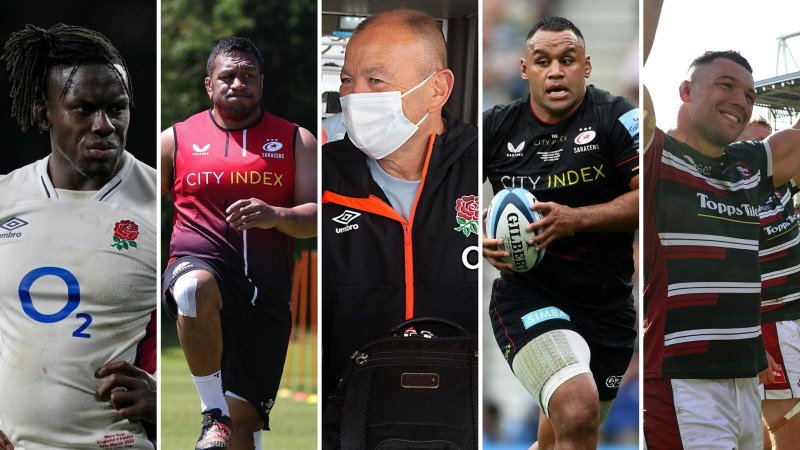 For what it is worth, the Wallabies are the favourites to beat England in the first Test on Saturday week: the punters just don’t like Eddie Jones’ side.

It’s easy to understand the rationale. Coming off a poor Six Nations, their tour to Australia was hit by a series of injury withdrawals before they could even leave the Heathrow tarmac.

Jones will be loving this. With England unfancied, his motivational task is already half done, and he has been busy stirring the pot. Hilariously, the fact his players had to catch several flights out of London to ensure they all had business class seats was even described as a ‘further complication’ in the English press.

“We can’t complain because the boys all fly business but we can’t all get on the same plane,” Jones was reported as saying, surely trying to keep a straight face.

Don’t buy into it. Yes, some of the injuries clearly hurt, particularly the loss of tighthead prop Kyle Sinckler, while the absence of Ben Youngs at halfback means the Wallabies will not have to contend with an opponent who has hurt them repeatedly.

However, if you fight your way through all the smokescreens, it’s fairly easy to find a core of hardened, experienced and high-quality English players around whom their game will revolve. 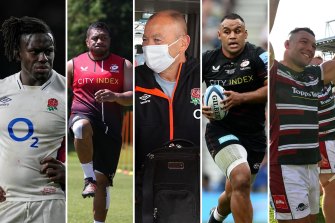 Take the pack for example. Maro Itoje, Courtney Lawes, Ellis Genge, Jamie George, Sam Underhill, Billy Vunipola, Tom Curry, Luke Cowan-Dickie and Mako Vunipola. They will all be at different points with their form, and niggling injuries, but is anyone seriously trying to spin a line that they represent anything less than a significant challenge to the Wallabies forwards?

No matter what happened in the Six Nations, this is a group of players who know their way around Test rugby, and what’s required. Billy Vunipola’s recall is particularly interesting. England have effectively brought three No.7s with them – Curry, Underhill and Jack Willis – so it wouldn’t be a surprise to see Curry named at No.8 in the Perth Test, but Billy Vunipola has the potential to be a complete wrecking ball off the bench.

Throw in the second-rowers Jonny Hill – a British and Irish Lion last year – Charlie Ewels and Nick Isiekwe, and England have arrived with plenty of size and expertise up front: it’s effectively the pack that did a number on Ireland for an hour in March despite Ewels being sent off in the first minute under the 80-minute red card rule.

It’s easier to argue that England have been harder hit in the back line. Manu Tuilagi’s injury-related absence is the obvious one here, but injuries have unfortunately been such a regular part of his career that you would assume England are used to being without him. 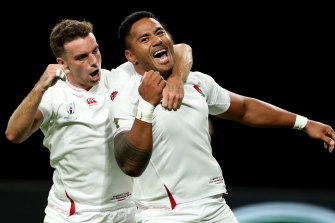 England will miss Manu Tuilagi, right, but still have plenty of class.Credit:Getty Images

Instead, Youngs and the excellent and adaptable Henry Slade stand out as big losses, and there are legitimate question marks around the No.9 jersey. Veteran Danny Care has been recalled, and the other two options – Harry Randall and the uncapped Jack van Poortvliet – are very much at the other end of their careers.

Jack Nowell and Jonny May provide experience, but there is no doubt that England are going to lean heavily on their talisman Owen Farrell – an injury to the No.12 would cause a lot of problems.

But what does the balance of the squad tell you? It tells you that the strength of this particular squad is up front. As a result, it is not as balanced as the 2019 Rugby World Cup squad, when Tuilagi was present and Elliot Daly and Anthony Watson were in form, but that doesn’t mean it isn’t capable of producing a tough and winning brand of Test rugby.

In fact, out of expediency, England could play a style that is firmly grounded in the here and now, without unduly worrying about the Rugby World Cup in 2023. It feels like that is the choice Jones has to make in July.

The Wallabies will likely expect nothing less. Dave Rennie’s comments about England’s loss to the Barbarians last week were telling: in short, he couldn’t care less. There was nothing he could learn from that game, he said, and his interest levels would only spike when he saw the squad that Jones was bringing to Australia.

Now he has seen it, there will be plenty of mauling, scrummaging and high-ball practice going on at the Wallabies’ Sunshine Coast base.

Watch every match of the July Test Series on the Home of Rugby, Stan Sport. Kicks off Saturday, July 2 with Wallabies v England, New Zealand v Ireland, South Africa v Wales and Argentina v Scotland. All streaming ad-free, live and on demand only on Stan Sport. 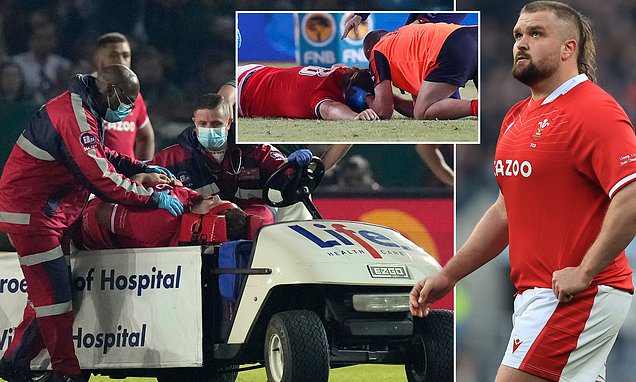 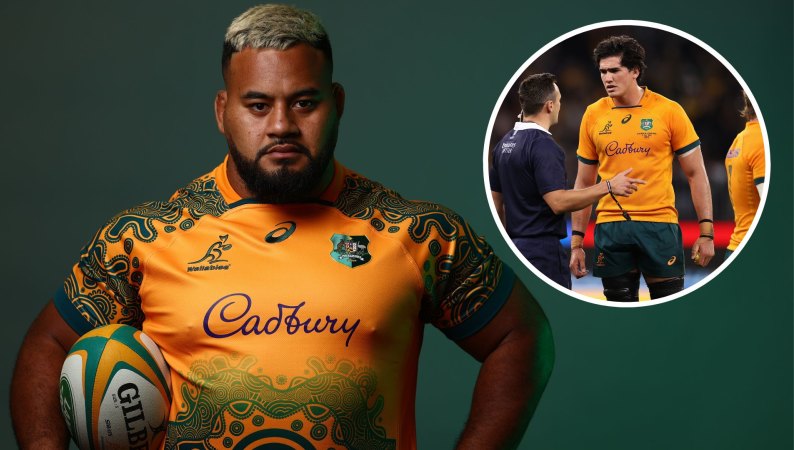 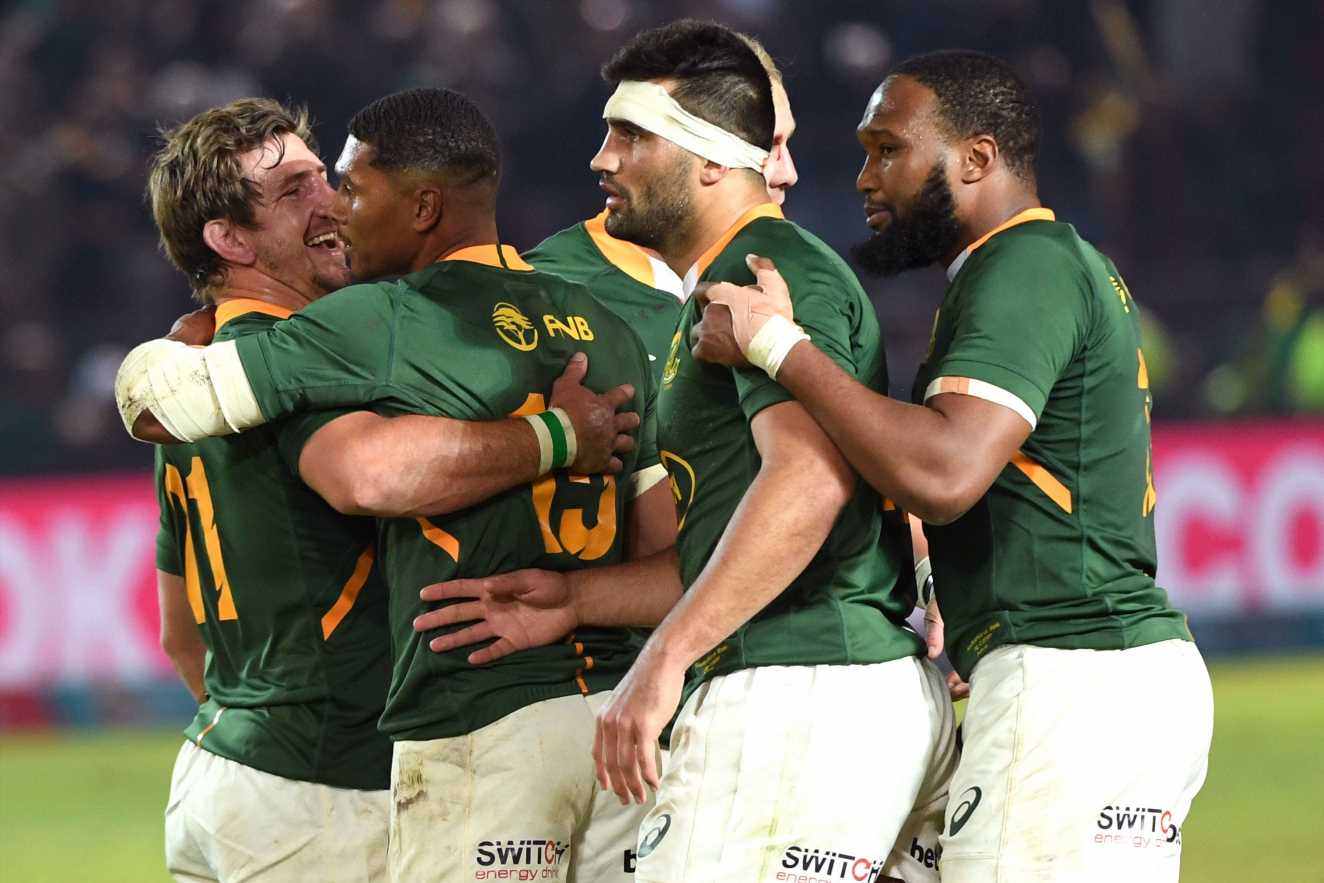