‘Giving up steak and beer saved my career’: Legendary centre Jonathan Davies ready to pull on Wales jersey for the first time in 11 months after recovering from knee injury

Jonathan Davies revealed how he thought his latest knee injury would end his career – but cutting out red meat and beers saved him.

The legendary Wales centre, 32, missed 11 months of rugby after the World Cup last year to recover from another injury.

And now he is back and raring to go for his country once more this autumn, having played twice for the Scarlets this season, Davies talked through his struggles. 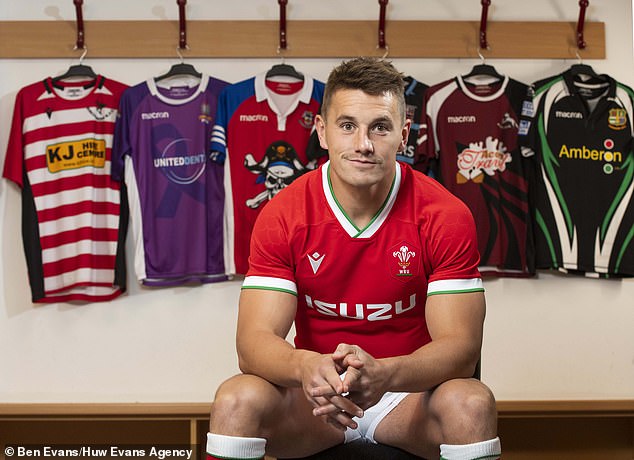 ‘There was a risk the injury could have ended my career,’ he said.

‘I had to keep my knee dead straight for twelve weeks after surgery.

‘The work I put in during those first 12 weeks to change my diet. It was just trying to take out the inflammatory foods – like red meat.

‘I was on a Mediterranean diet of oils, fish, pasta and stuff like that. Jon Williams the nutritionist gave me a great plan and it definitely helped.

‘Everyone loves a good steak, so not having one for a few months was tough, but it was what need to be done to help in any way possible to get the result I needed. 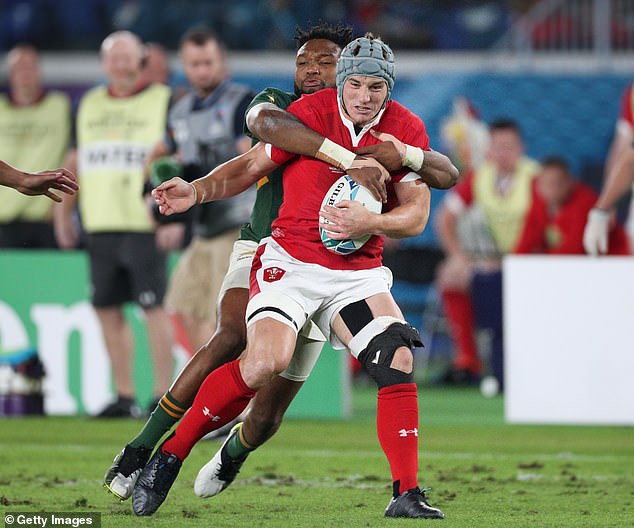 ‘The choices you make not to have a couple of beers when you’re not playing, or going out for a steak or other inflammatory foods is part and parcel of the job.

‘It was different and I quite enjoyed the experience but I am glad I can eat some more red meat and have some more beers now!’

‘I felt capable enough of going out there and giving a performance,’ he reflects.

‘It was heavily strapped and I was in pain but the hard work put in by the medical team to get me right to go out and play meant I was able to do that.

‘I was told if I played the semi there was a risk of it finishing my career. It was worth the risk.

‘I made that decision. It was tough going those last few games but it was something you do.’ And while he would have been devastated to have to retire, he made peace with it. 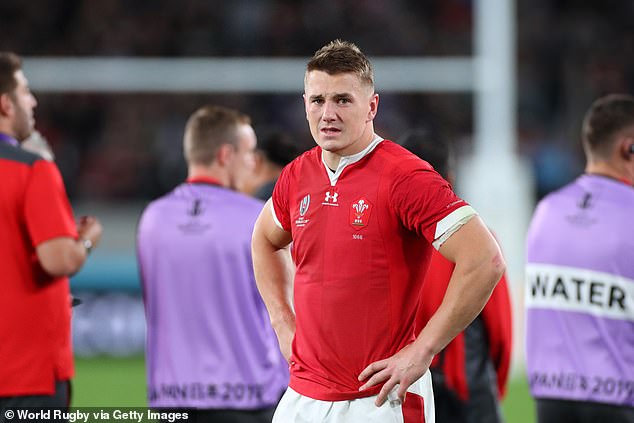 ‘It would have been tough and was tough hearing that, but I’ve been extremely fortunate,’ Davies added.

‘Rugby has been very kind to me and I’ve had some amazing experiences.

‘Me being me and with the fortunate situation I’m in, I could have just about taken that. It was almost another challenge for me to then say “This isn’t going to stop me. I am going to come back from this.”

‘It did start a fire in me to keep pushing and striving to come back and play.’

Davies is now ready to feature for Wayne Pivac’s Wales in a packed autumn schedule that includes a warm-up against France in 10 days’ time, the conclusion of the Six Nations against Scotland the following week before internationals against Ireland, Georgia, England and a ‘final’ in the Autumn Nations Cup.

‘Whatever decision is made whether I play two games, four games, no games or all six that is out of my hands,’ Davies said.

‘I’m here to hopefully represent my country.’ He will do so in new Wales kit, which was launched on Wednesday. The red home shirt bears a striking resemblance to Liverpool’s strip – which irks Davies, a Manchester United fan.

‘Someone said that the other day and I said “Don’t, I can’t!”,’ laughed the centre.

‘We might have to wear the black away one more than the red one unfortunately, but at least it’s got the right badge on it which is something!’