Dan Biggar is expected to be fit for the France match next weekend despite suffering a third head-knock in six months against Ireland.

The Wales fly-half, 30, went off in the second half in Dublin and failed his head-injury assessment.

There were concerns over his concussion record, having taken two blows to the head during the World Cup against Australia and Fiji in September. 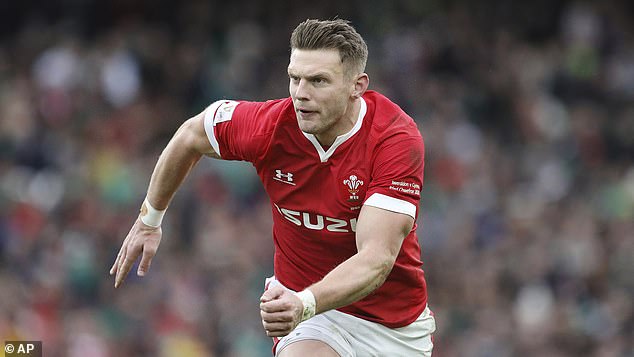 Is it understood Biggar will not feature for his club Northampton Saints in the Premiership this weekend, but should be ready for France’s visit to Cardiff next Saturday.

‘The World Cup was a concern in terms of the heavy ones that he had but I don’t think Saturday was as bad as those, that’s for sure,’ said Wales assistant coach Neil Jenkins.

‘He is pretty good and is recovering pretty well so hopefully he will be okay for next week.

‘Dan is a fantastic rugby player and a world-class 10 who has been here for a long time. It was his 81st cap last Saturday and that speaks volumes for how good a player and a professional he is. 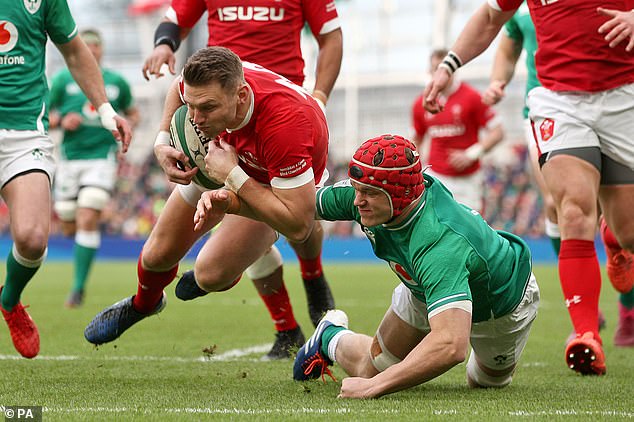 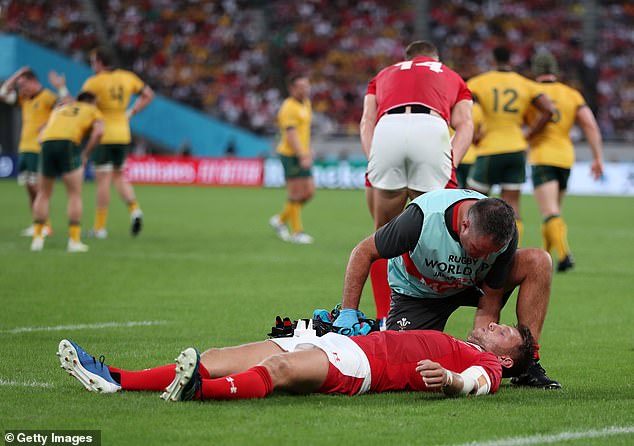 Biggar suffered two knocks to the head at the Rugby World Cup, including against Australia

‘In my eyes he is world class and a huge player for us.’ And scrum-half Gareth Davies also hoped Biggar would be fine for the French, who have not won in Wales since their last Grand Slam season in 2010.

‘He’s a big player for us so it’s important for us he’s available next week,’ said Davies on Biggar.

Wales see no need yet call up a replacement for Biggar.

Wing Josh Adams, who hurt his hip and went off early in the Ireland defeat, is also expected to make the French game.

‘Josh is one of our leading lights,’ added Jenkins.

‘He is a big player for us and ideally we would get him fit.’