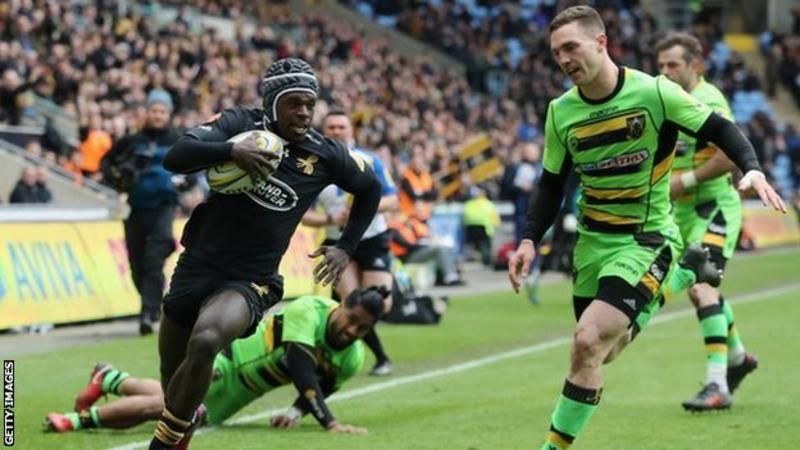 Wasps have released winger Christian Wade from his contract to allow him to pursue a career in American football.

Wade, 27, is third in the all-time Premiership try-scorers list with 82 tries, but won only one England cap.

His decision to quit rugby union was reported on Friday, with former England back Ugo Monye saying he had been let down by the sport.

“It’s disappointing to lose a player of Wadey’s quality at this stage of the season,” said Wasps boss Dai Young.

“The club held numerous discussions with him to try to convince him to keep pushing forward with Wasps, but in the end it was clear this is the path he wished to go down.”

The terms of Wade’s departure from Wasps have not been disclosed.

Although his move to the NFL is yet to be confirmed, he is expected to attempt to follow the league’s International Player Pathway Programme.

“I would like to thank Wasps chairman Derek Richardson and Dai for their support, consideration and understanding in what is the most difficult decision of my life,” said Wade.