CHRIS FOY: Exeter’s Sam Simmonds won’t be the last to say au revoir to the Premiership as he prepares to join Montpellier next year… the era of players deciding to stay in the hope of earning Test call-ups is surely coming to an end

Sam Simmonds is joining Montpellier next summer and good luck to him. He is bound to be a big hit in France, as Zach Mercer has been — and more English talent will follow him across the Channel.

The era of players deciding, en masse, to stay in the Premiership in the hope of earning Test call-ups is surely coming to an end, not just for economic reasons but due to lifestyle considerations and pure sporting fulfilment. The Gallic game is thriving while the problems stack up here, so an exodus is increasingly inevitable.

At 27, Simmonds can see that the England No 8 shirt is likely to elude him. Billy Vunipola’s performances in Australia were a reminder of his credentials. With Mercer returning to Gloucester and Alex Dombrandt marginally ahead in the pecking order, the Devonian has decided a change is in order. 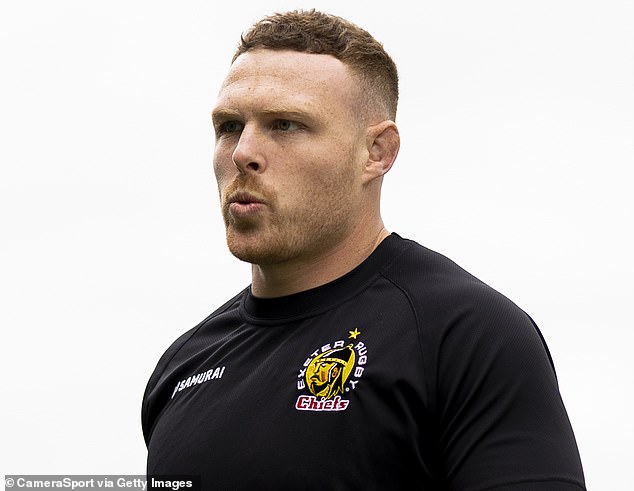 On firm pitches in the Top 14, against French club sides full of heavy forward units, Simmonds will be able to showcase his staggering pace and finishing class in elite company. It remains to be seen whether the move will leave him ineligible for World Cup selection, but the whole RFU policy against picking players based abroad is bound to come under renewed pressure.

With the salary cap reduced and clubs here suffering hardship, more leading lights will weigh up offers from France and if a host of them migrate, whoever takes over from Eddie Jones will want the option to choose his best possible team. It might challenge rugby’s whole culture of protectionism — and not before time.

The game is too rigid and restricted, as unions try to prevent stars from defecting to other countries. England or Wales or Ireland might just benefit from having a handful of experienced players based in the Top 14, to provide a different perspective, but the emphasis is always on precious preparation time. 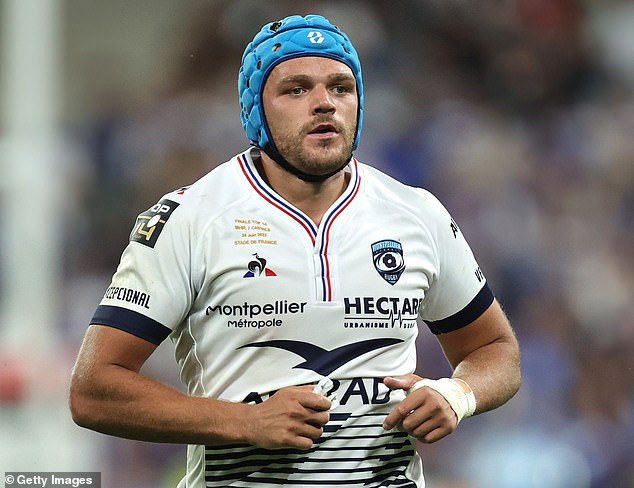 Zach Mercer has also had success in France in recent years, but will soon return to England

To allow more freedom of movement, a solution would be for World Rugby to enhance Regulation 9, governing player release, by ensuring it serves unions and clubs alike. Ring-fence Test windows properly — strictly — but make them firmly controlled and then also restrict the additional get-togethers which the richer countries can engineer.

Level the playing field by giving all international sides a week in camp before fixtures. That way, the likes of England and New Zealand would have to gel with the same urgency as, say, Samoa or Georgia or the USA. Players could have agreed rest periods before or after Test duty, or be given preparatory homework, but the ‘haves’ would only be allowed to gather when the ‘have-nots’ do.

Such a system would increase the prospects of players having the freedom to play where they please. Protectionism isn’t working. Let Simmonds and others spread their wings, without fearing a door is slamming behind them.

Eddie has decisions to make with World Cup on the horizon

Eddie Jones will name an England training squad on Monday morning, ahead of a short camp next weekend, as the hunt for any remaining World Cup selection ‘bolters’ intensifies.

Having seen rookie backs Henry Arundell, Tommy Freeman and Will Joseph break through on the tour of Australia, the head coach may be tempted to assess alternative candidates up front.

Northampton lock Alex Coles is among those who may be in the frame, but there’s a strong argument to turn back to a familiar figure who may have assumed his Test career was over. Dan Cole maintained his imperious form for Leicester by leading a set-piece demolition of the Saints on Saturday. 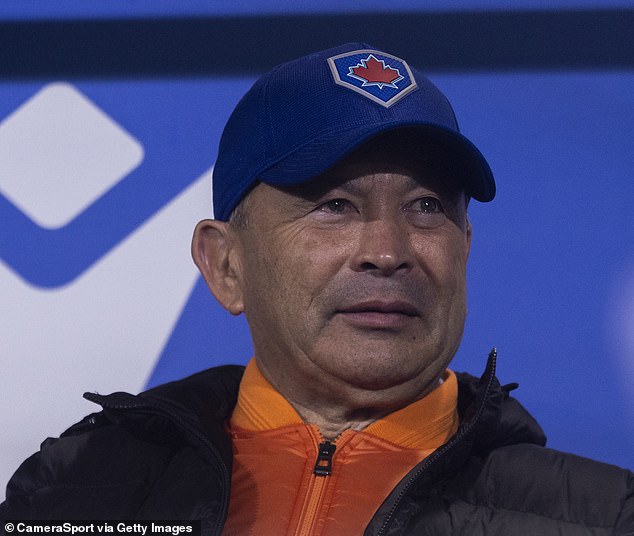 At 35, the prop is in great shape and is making more of an all-round impact than he did when he was England’s pre-eminent tighthead and earned 95 caps. Picking a veteran over young talent is often perceived as a retrograde step, but the Tigers have demonstrated the merits of turning to experienced campaigners.

Cole should not be discounted on age grounds.

As the England women’s squad begin their World Cup build-up in New Zealand this week, after a long-haul slog to Auckland in economy class, they should vow to make a statement by completing their quest for global success and choosing how they celebrate it.

Simon Middleton’s tournament favourites have been well supported by the RFU, but they can push for better terms if, as predicted, they return home with the trophy.

Given British Airways’ sponsorship deal with the union at Twickenham, the Red Roses could have expected to travel in greater comfort — and they should be wary of commercial opportunists seeking pictures and reflected glory if they return as champions. 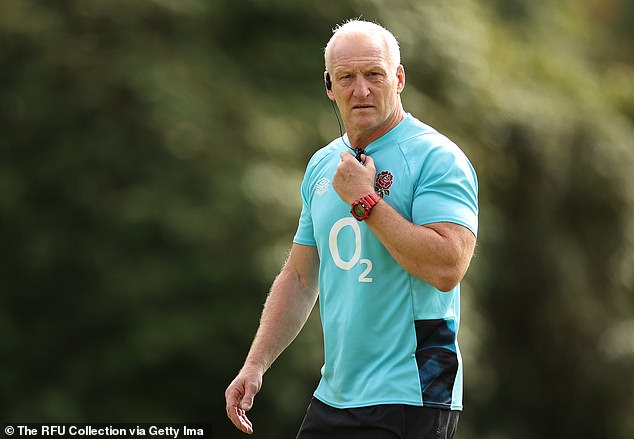 A stand out stand at Saracens

With so much doom and gloom in English rugby, it was heartening to visit Saracens’ enhanced StoneX Stadium last week on the day they unveiled a shiny new stand. It has been transformed from a dingy, out-dated concrete relic into a towering new addition.

The high-spec facilities in the new stand include bar and lounge areas alongside the tunnel, as well as huge, state-of-the-art changing rooms, physio and recovery rooms and separate management meeting rooms.

It is a truly high-performance environment, which is not a given across the Premiership as a whole. Frankly, when Bath visit Barnet, their players and staff won’t want to leave and go back to the cramped confines of the Rec. 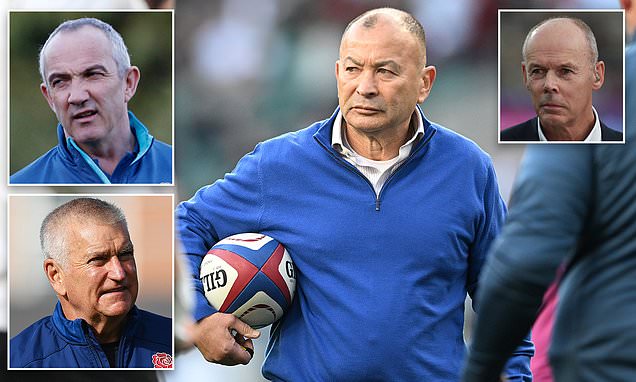 WOODWARD: Nobody at the RFU is qualified to sack Eddie Jones 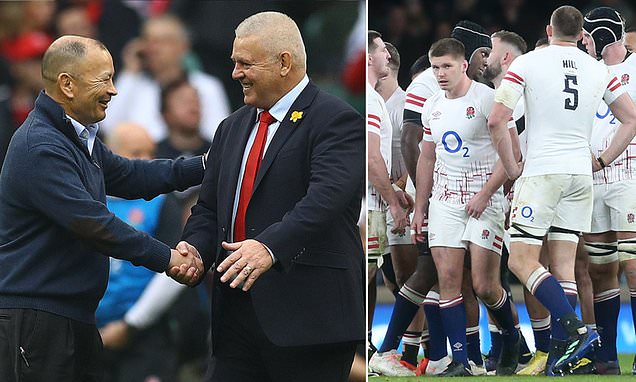 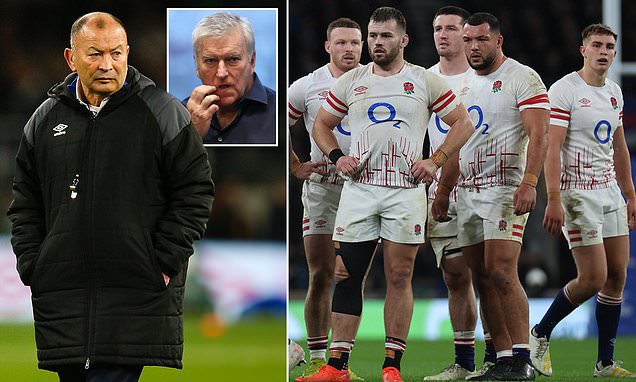