Bristol took a firm line on the salary cap saga on Sunday, vowing that despite having a billionaire owner, they would never break the rules.

Director of rugby Pat Lam said that the club’s response to any business suggestions from players and agents has always been: ‘Is it legal and does it fit in the cap?’ and they are not interested if it is not. Lam was jubilant after watching his side secure victory over Exeter with the last play of the game, having been 17-0 down.

But he was serious when addressing how Saracens had been found to be in breach of the rules and hit with unprecedented penalties. 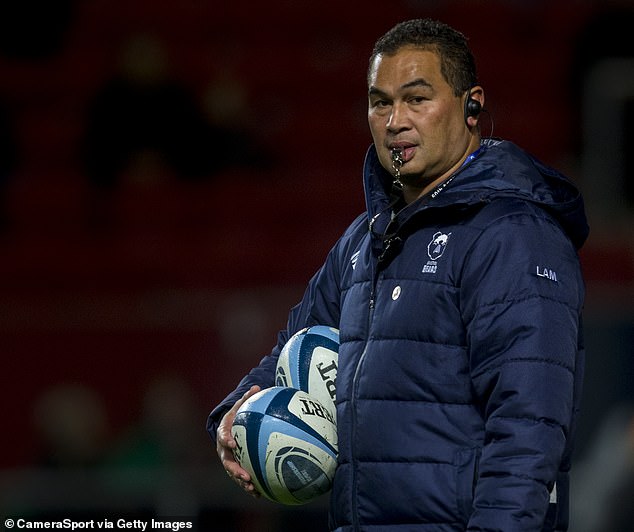 ‘Saracens have said they love their players, but we all do,’ Lam said. ‘If anything, we are the wealthiest club as we have the wealthiest owner,’ he said, referring to Steve Lansdown, who is estimated to be worth £1.7billion.

‘Co-investments and all of these things are things we can do. They are fine, so long as they are in the cap.’ Lam said he works with the club’s chief executive, Mark Tainton.

‘We are under the salary cap and things are very, very clear on what you can and can’t do.

‘If the Bible was here right now, I’d put my hand on it: one thing we will never do is anything that’s against the regulations. We will do it by the book.’ 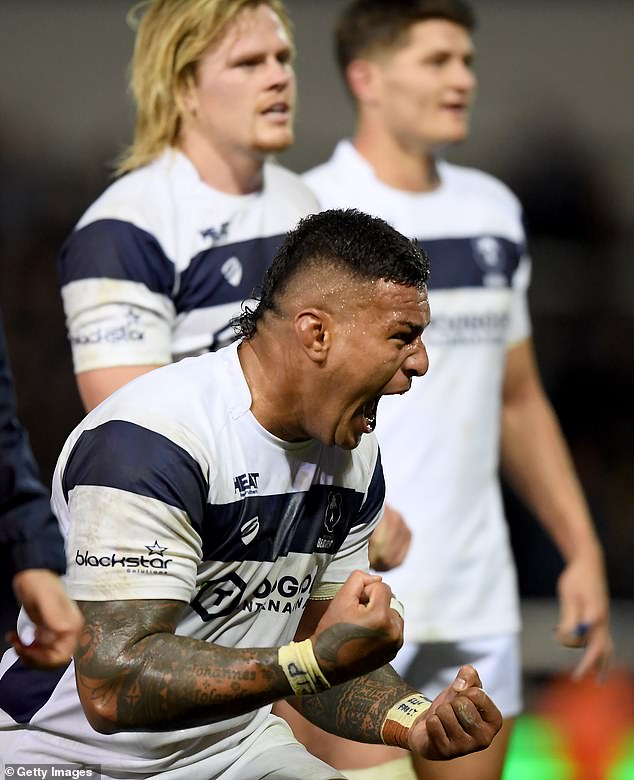 The co-investments between Saracens owner Nigel Wray and his star players — which were revealed by Sportsmail — contributed to their rules breach.

‘If a player wants to set up a company, sure, then no problem, use your salary,’ Lam said. ‘If you want to do it that way, it’s fine. But whatever you do, you have to declare it and make sure it’s under the cap.’

Responding to Wray’s view that ‘investment is not salary’, Lam said: ‘The words “investment” and “salary” are different. Whatever it is, you have to declare it.’

Exeter’s director of rugby Rob Baxter was at a loss to explain what he called his side’s second-half sloppiness. But he did not rule out the possibility that his players had been mentally exhausted by the fall-out from the Saracens judgment.

‘It wouldn’t surprise me if it has distracted us a little bit,’ he said. ‘But if it has we have got to fight to get it right. Hopefully we have got it out of our systems today and that will be the end of it.’ 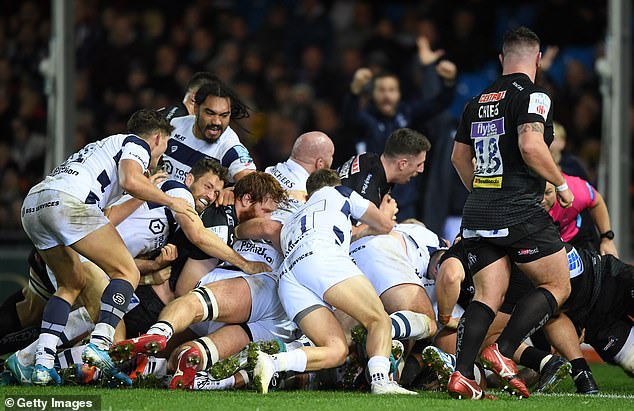 Bristol’s comeback was the third biggest in Premiership history and came after a yellow card for Exeter’s scrum-half Nic White for a deliberate knock-on with 17 minutes to go.

From there, Bristol capitalised on Exeter’s errors, with Piers O’Conor scoring after a break down the right.

The Bears then used two penalties to get the ball down the field as the clock counted down. With the last play of the game, a rolling maul went over, with a try for substitute flanker Dan Thomas awarded after a long TMO check.

‘It wasn’t our best rugby, but it was top-shelf in terms of commitment,’ said Lam.

‘Our errors and poor discipline allowed Exeter a lead, but at half-time we had to take two breaths and start again.

After three wins from four games, Bristol are top of the Premiership.

‘We are proud of the fact that we are top,’ Lam said. ‘It’s huge for our growth. It’s a big win and I was delighted that Exeter were fully loaded with their England internationals. Not many teams will put 20 points on them without scoring.’