‘You’re asking us stupid questions… a complete joke’: Australia stars clash with journalists as they are quizzed on whether they can beat England in the Rugby World Cup quarter-finals

A trio of Australian rugby players clashed with journalists at a frosty press conference on Monday after being quizzed on whether they could beat England in their Rugby World Cup quarter-final.

Australia qualified from their Pool in second place having won three and lost one, setting up a last eight tie with England on Saturday.

Ahead of the match, Wallabies stars Tolu Latu, Lukhan Salakaia-Loto and Adam Coleman were put in front of the media, but in bizarre scenes the trio snapped and accused the journalists of asking ‘stupid questions’. 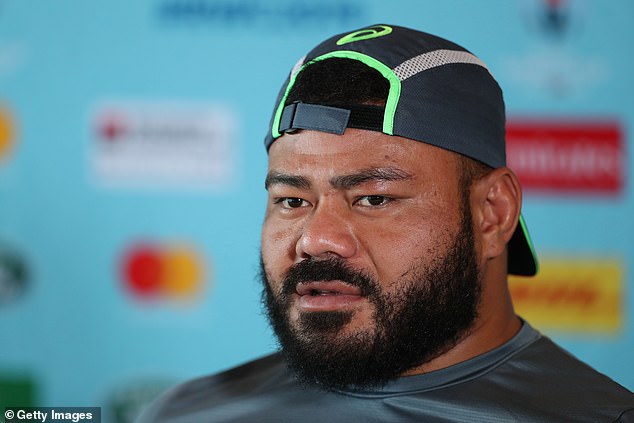 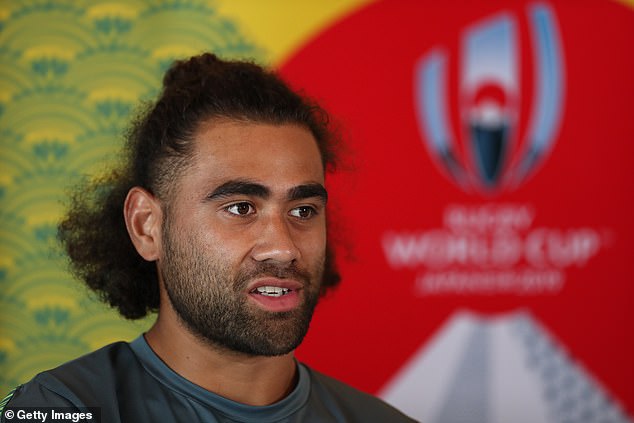 A tense dialogue began with questions about coach Michael Cheika and his personality traits, which caused some laughter from the top table.

One British reporter then asked: ‘Is it awkward when you get asked about your coach? You’re all giggling as if you didn’t want to answer, or you thought it was a stupid question – not quite sure which one?’

‘Obviously, you’re asking us a question that we think is a complete joke so, if you’re going to ask us questions like that, we’ll take it as a joke and throw it back at you.’

Salakaia-Loto then backed up his team-mate when asked a question on why he believed Australia could defy their underdog status and beat England in Oita.

‘Because we can, why not?’ he said. ‘We all believe it, we’re not just going to sit here and go, “Oh, don’t think we believe it,” of course we can. We all believe that we can do whatever we want to do, if we put our mind to it.’ 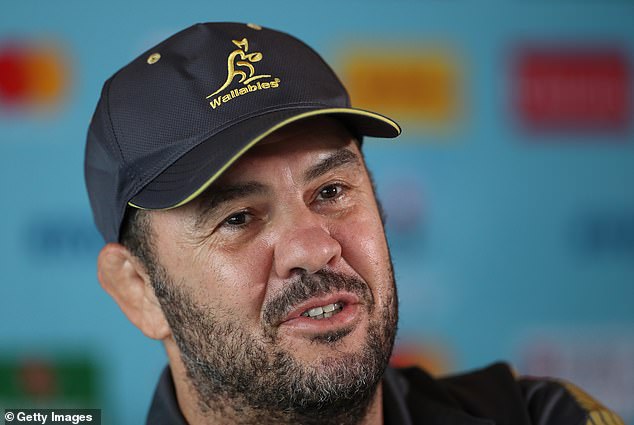 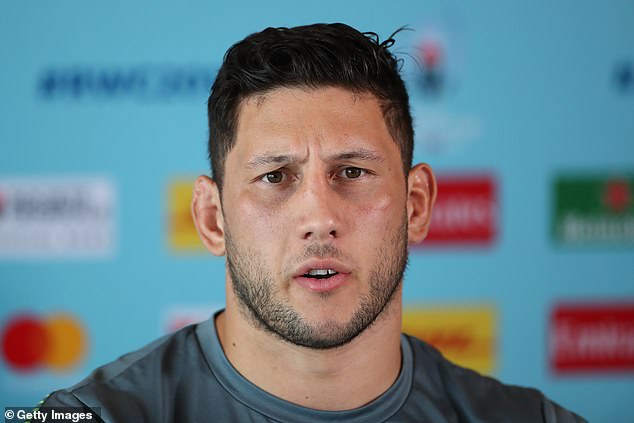 He then asked the reporter if he believed Australia could do it, and when the response from the journalist came back as a ‘not sure’, the flanker was unimpressed.

‘Really? That’s your problem then. We believe we can beat them,’ he said.

The same player also bristled at questions on Cheika, and when asked whether he was a ‘caring sort of guy’, said: ‘Nah, he’s mean, he’s a bully, bullies everyone. (No) He’s good, man, good fella.’ 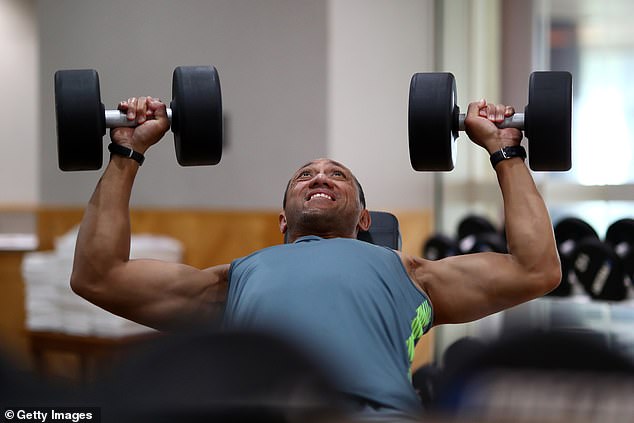 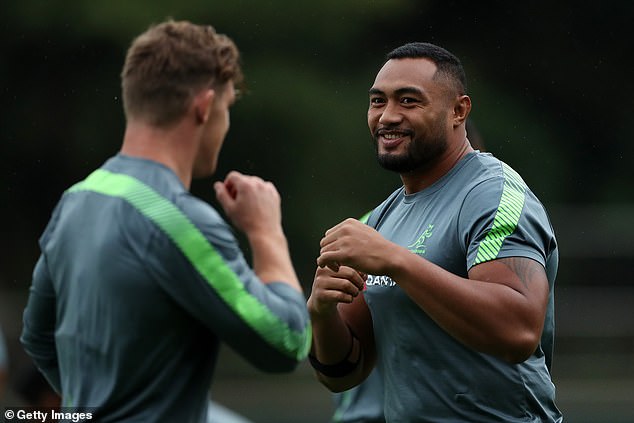