‘I think he could put his best foot forward and really establish himself’: Maggie Alphonsi backs Bath’s Zach Mercer to earn a regular England spot during autumn internationals

England will play South Africa, New Zealand, Japan and Australia at Twickenham in November but boss Eddie Jones is without 16 senior players and included Mercer, 20, as one of eight uncapped players in his 36-man squad.

There are particular problems at No 8, with Sam Simmonds and Billy Vunipola injured while Nathan Hughes is banned, but World Cup winner Alphonsi believes Mercer could be the solution. 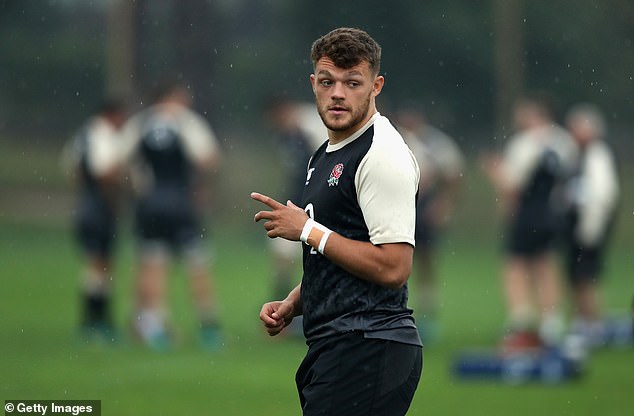 Alphonsi said: ‘I have a lot of respect for Zach Mercer, it’ll be good to see him get a run-out.

‘I think he could put his best foot forward and really establish himself. There are so many players who could really put themselves in contention for the World Cup.

‘Because of the injuries, you might see Zach get a look in.’ Alphonsi, who earned 133 caps for England in the back row, believes Jones has identified that area as a problem that requires fixing quickly.

Alongside Mercer, Jones also handed a recall to Gloucester No 8 Ben Morgan as his other specialist No 8.

With the squad so stretched, she highlighted the need for Jones to give emerging players the chance to gain experience against top tier nations.

She said: ‘The eight position is such a big worry for Eddie, so he might feel it is the right time to blood Zach. 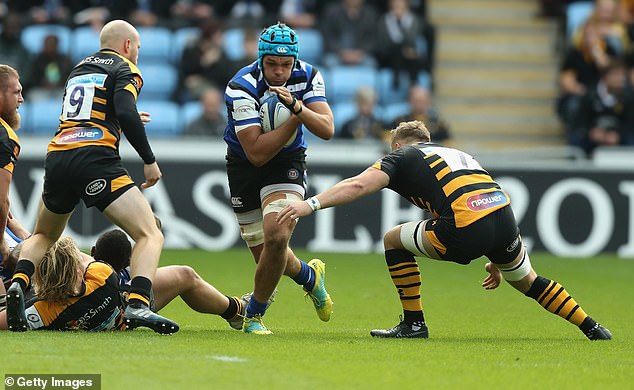 ‘The back row is the unit position that I think he really wants to solidify.. It has changed a few times over the Six Nations and the summer tours, so I think he wants to settle it down.

‘It’s not an ideal situation for Eddie, but he has to throw them in the deep end.

‘I think if anything he’s got to use this opportunity to give those players knocking on the door to have a go at the bigger nations.

‘You want players like that to have a go because when else are you going to do it?

‘That is when you learn how to be a top class international player, playing against those teams.’ One position in which England have depth but still have decisions to make is fly-half, where Owen Farrell and George Ford are vying for the starting jersey. 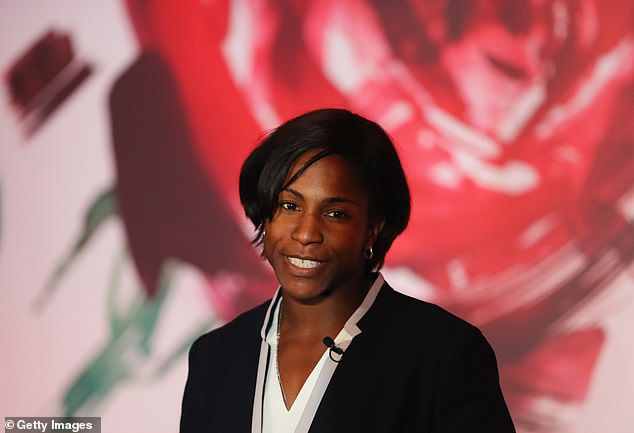 While Jones began his England reign using Ford and Farrell in tandem at 10 and 12, he has recently opted to use Farrell at 10 and discarded Danny Cipriani.

Yet Alphonsi retained belief that Ford and Farrell could flourish as a vital pairing for England during the autumn internationals and into the 2019 World Cup.

‘George Ford, there is no question around his talent and he combines so well with Farrell,’ she said.

‘I’m a George ford fan, what he does do is allow the back line to flourish, you want your Jonny Mays and Jack Nowells to play their best rugby.

‘He takes it flat and works so well with Farrell. Ford does it for Eddie and he lets everyone play. Farrell does give you another option at 10 if you want to change mid-game.

‘I would love to have Cipriani there but you don’t need him on the bench with two fly-halves in the starting team. 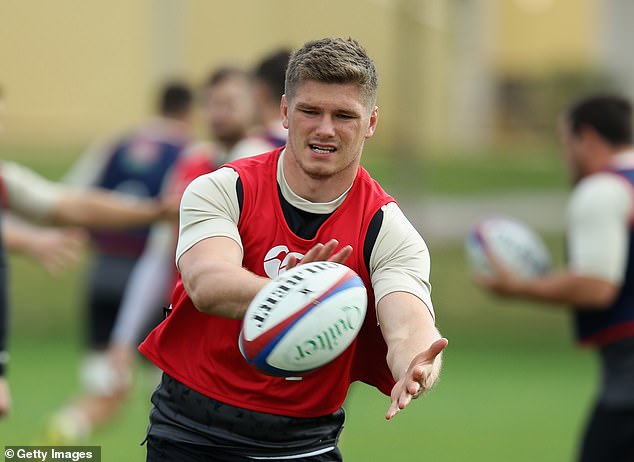 Since retiring from rugby as a World Cup winner in 2014 Alphonsi has contributed significantly to the community side of the game, particularly through the Premiership’s Hitz rugby programme which uses the sport to help disadvantaged young adults.

Alphonsi said: ‘I’m very pleased to be involved because you get to celebrate the achievements of those people who have been on this journey.

‘You hear their journey and it blows you away a little bit, all the challenges they have overcome and how resilient they’ve become as individuals.

‘I want to be part of the community and grassroots side and this is an opportunity to contribute in a completely different way.

‘People helped me to get to where I am today and when you have a profile and a voice you have to always try to help others get to where they want to, and that’s a privilege.