Life in the fast lane: All Blacks stars try F1 pit changes as they visit McLaren ahead of England clash at Twickenham

New Zealand took a break from preparations for Saturday’s Test match with England to try their hand at an F1 pit stop.

The All Blacks visit Twickenham at the weekend after beating Japan in Tokyo, but have been enjoying a relaxed build-up to the game.

They visited McLaren’s headquarters in Woking ahead of the clash, and had a go at a tyre change challenge on one of the F1 cars. 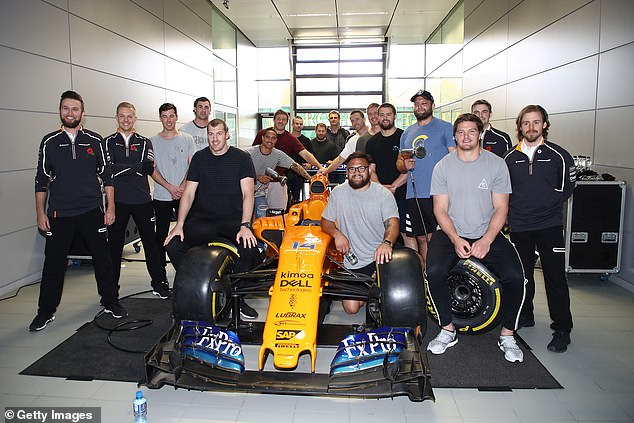 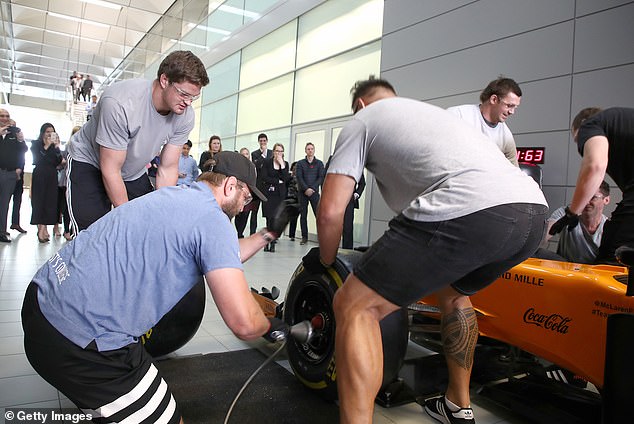 Joe Moody, Scott Barrett and Angus Ta’avao all had a go at putting a tyre on a McLaren F1 car 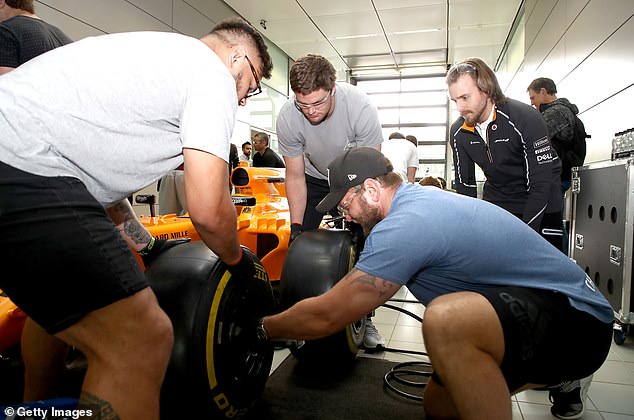 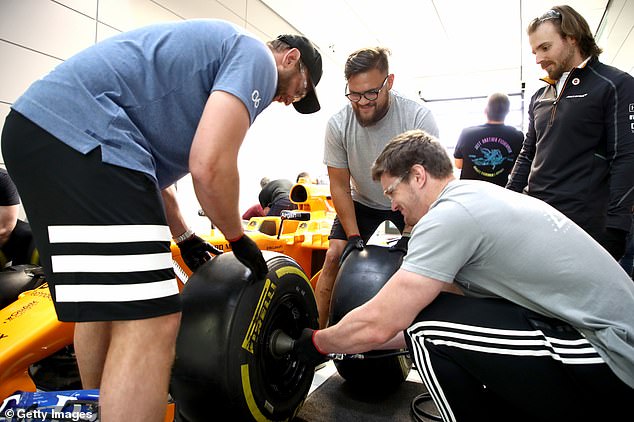 The Kiwi stars may not have equalled the professionals’ times, but they did enjoy themselves

We're putting the @AllBlacks through their paces with a pitstop challenge! ?? pic.twitter.com/RgM60xGP8h

Joe Moody, Scott Barrett and Angus Ta’avao joined forces to put a tyre back onto the front-left of one of the show cars at the workshop.

They did not come close to matching the time it takes the professionals to change wheels- as little as three seconds – but the All Blacks looked happy to be away from the rugby pitch for a short time.

Aaron Smith, Nathan Harris, Ben Smith and Dane Coles formed another of the teams, although the first two struggled to take the old tyre off at first.

Ben Smith and Coles looked more at ease when they joined in and it was time to put the new tyre on. The video posted by McLaren on Twitter showed that they managed to chang the tyre in less than five seconds. 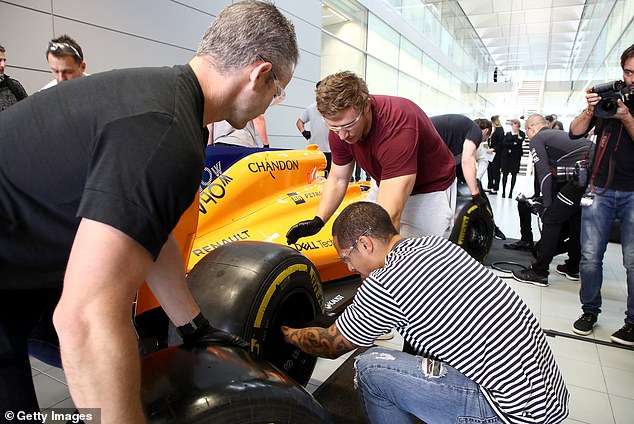 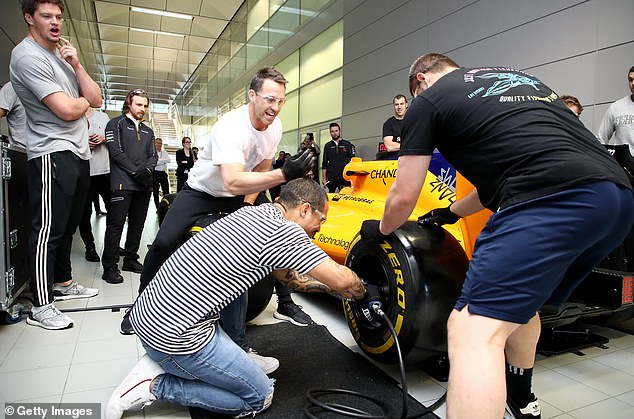 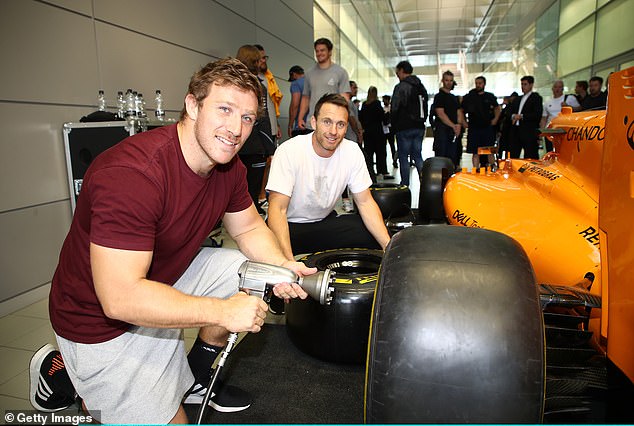 But if the photos are anything to go by, Brodie Retallick and Liam Squire looked the most likely All Blacks to pursue a career in F1.

The due were quick to swap their old tyre with a new one as team-mates watched them work in tandem.

New Zealand are favourites to beat Eddie Jones’ England at Twickenham on Saturday, but that does not mean there aren’t questions over their side as the preparations for next September’s World Cup in Japan ramp up. 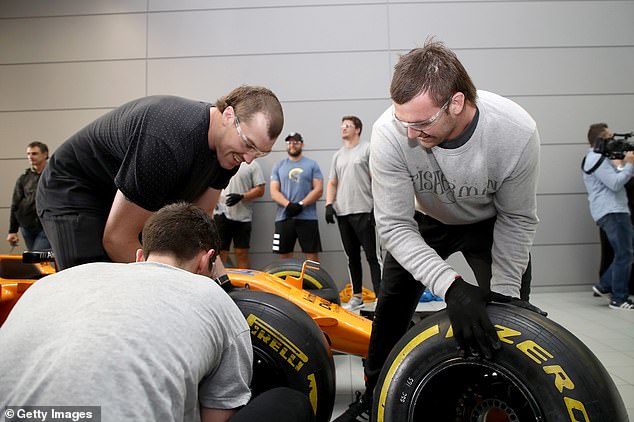 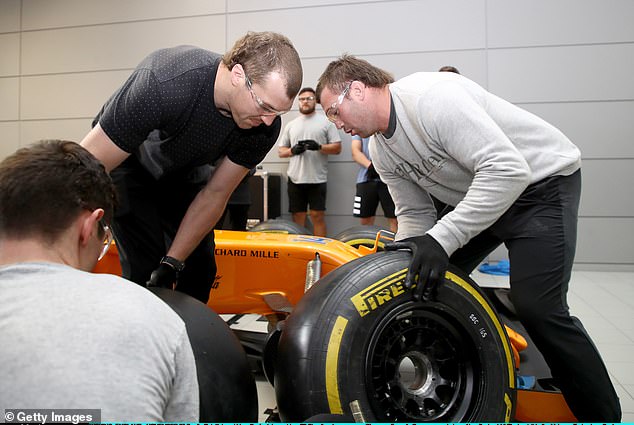 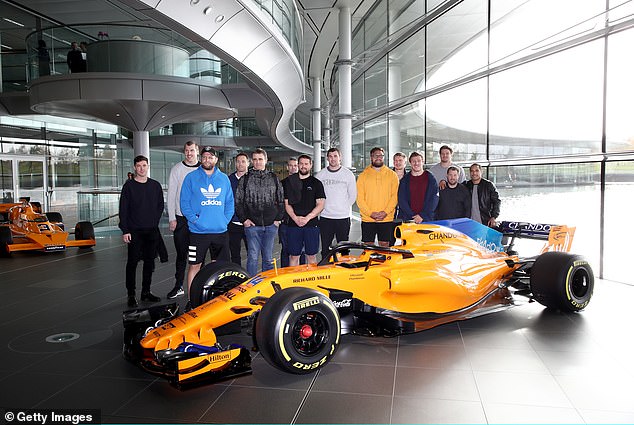 Sony Bill Williams’ spot at centre is under threat, however assistant coach Ian Foster assured the 33 year old that his place in the side was secure for now.

‘I don’t think our patience (in Williams) will be driven by his background, more based on how we see players perform in training. 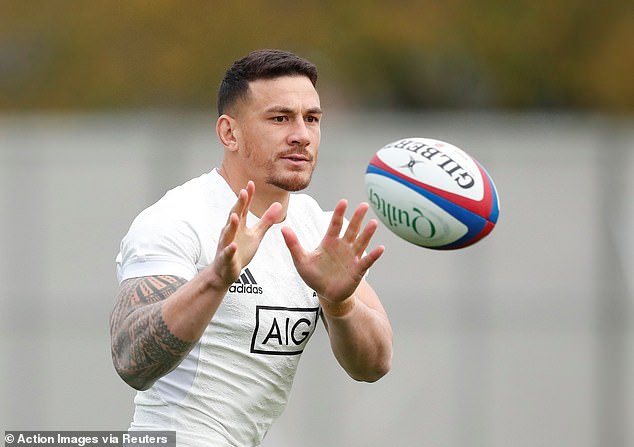 ‘I think when we look at the physical nature of the game, how they are training, sometimes things are going really good off the park and it hasn’t quite gelled to the extent they want on the park.

‘Sometimes players are deemed to have had a quiet game but – in reality – they may not have had too many opportunities to show what they are good at.’