New Zealand will be aiming to inflict a Bledisloe Cup whitewash on struggling Australia and lay down a marker for next year’s World Cup when the fierce trans-Tasman rivals face off in Japanon Saturday.

Following the conclusion of that series, the All Blacks then face a testing autumn series against Japan, England, Ireland and Italy through November.

And the squad, featuring the likes of Kieran Read, Beauden Barrett and Ardie Savea, were put through a series of intensive gym routines ahead of their Bledisloe Cup clash. 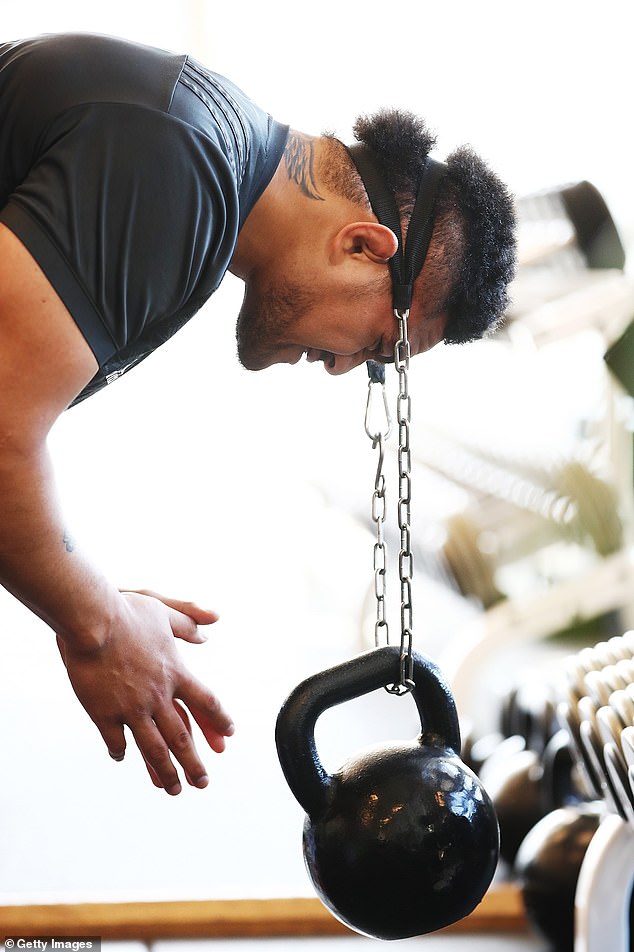 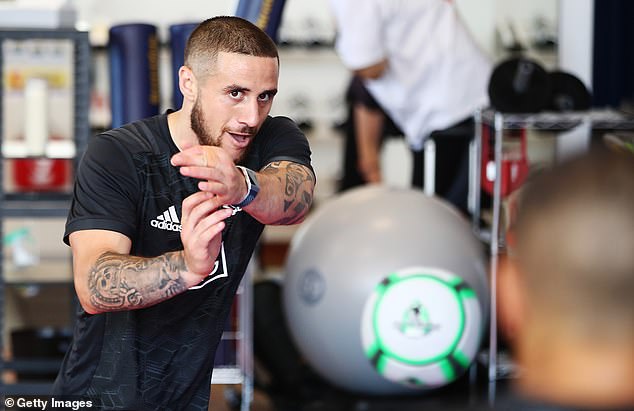 For Australia, England, Ireland and Italy

Barrett can also be seen showing the strain as he pushes the limits of his workout, while captain Read is also present with his team-mates.

Hooker Codie Taylor warned Monday that the world champion All Blacks had their sights set on completing a series sweep after taking an unassailable 2-0 lead with victories in Sydney and Auckland.

New Zealand slipped up last year after beating the Wallabies in the first two Bledisloe Tests. ‘Our challenge is to win all three,’ Taylor told reporters before Saturday’s clash in Yokohama.

The front-row forward cautioned against underestimating Australia, who lost six of eight games this season before an astonishing 45-34 comeback win over Argentina in Salta this month eased the pressure on coach Michael Cheika. 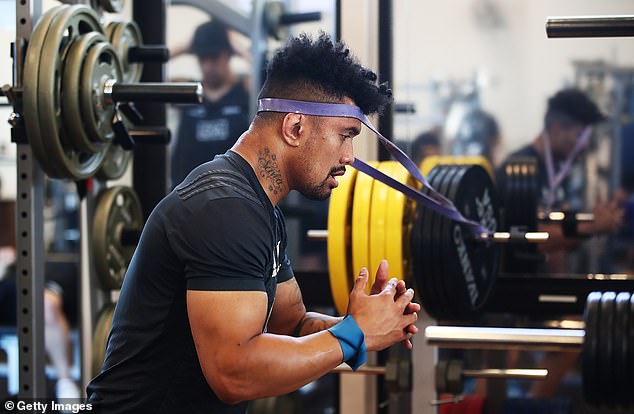 Ardie Savea, whose brother Julian recently moved to Toulon, also gets his head in the game 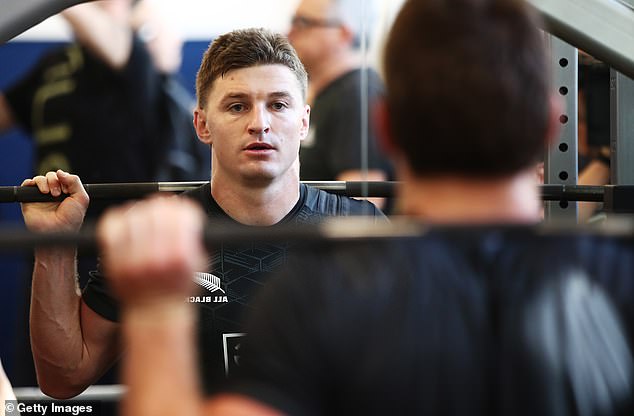 Despite recent questions over his form, Beauden Barrett is likely to start at fly-half in autumn 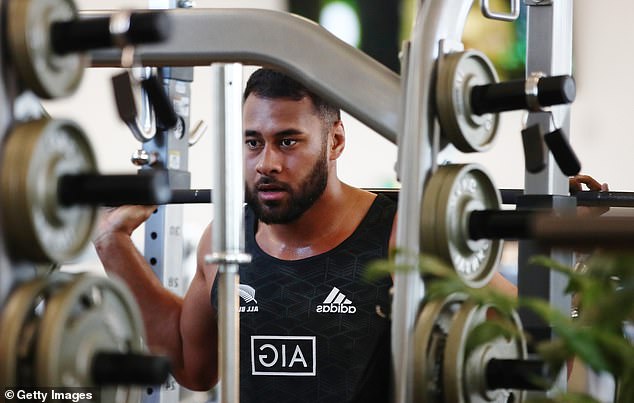 The All Blacks will face Japan, England, Ireland and Italy in their Northern Hemisphere tour

‘It’s the Wallabies — they may have lost some games in the Rugby Championship but when they play us they back themselves to beat us.’

New Zealand will be chasing a World Cup hat-trick in 2019. ‘We’re aware of the fact that the World Cup is in Japan next year,’ Taylor said.

‘It’s a great chance to experience the culture and having the Test in a different country adds a little element of excitement.’

New Zealand face the 2019 World Cup hosts Japan in Tokyo on November 3 before flying to Europe to complete their five-match tour against England, Ireland and Italy.

‘You feel like a king when you walk around,’ said Taylor, describing the All Blacks fever triggered by their arrival in Japan.

‘The food is amazing — hopefully we don’t blow out in the next week or two.

‘But since last night the boys have switched into normal Test mode to face an Aussie team that will be up for the challenge,’ Taylor added. ‘I’m just looking forward to getting stuck into them again.’ 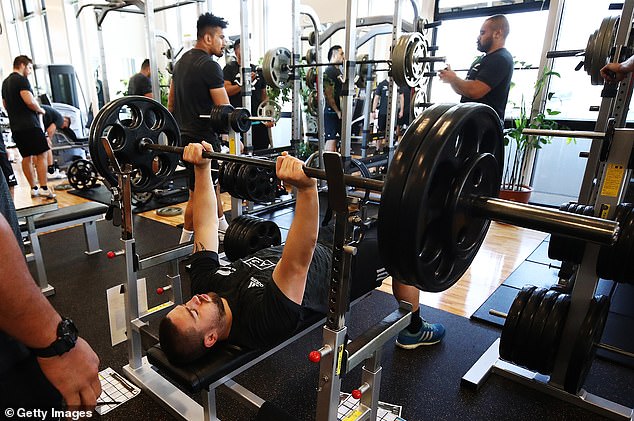 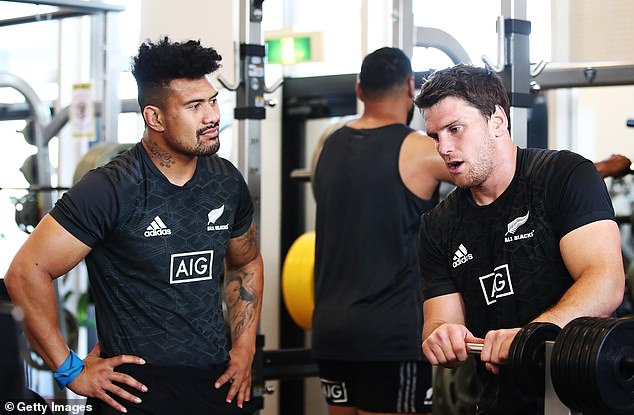 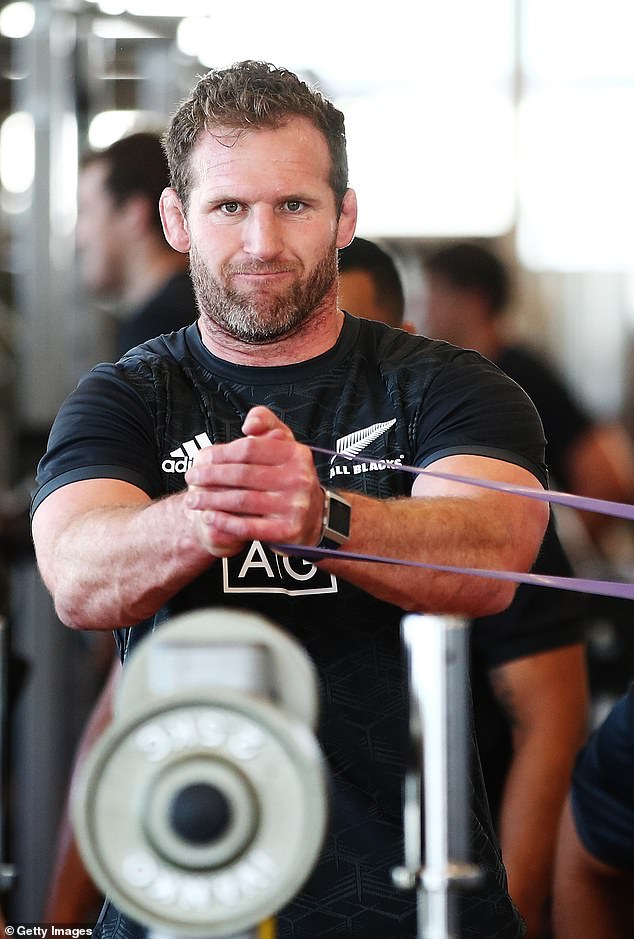 Japanese rugby fans swoon at New Zealand’s fearsome ‘haka’, but Sam Whitelock put a spiritual spin on its significance to the All Blacks when asked by local journalists.

‘I’m just a skinny white boy so I’m normally hiding down the back,’ smiled the towering lock.

‘The cool thing about the haka is the tradition that’s gone with it. The All Blacks performed it for over a hundred years. People think we do it for intimidation — but for us it’s to connect with ourselves, our team mates and the people that have gone before.’