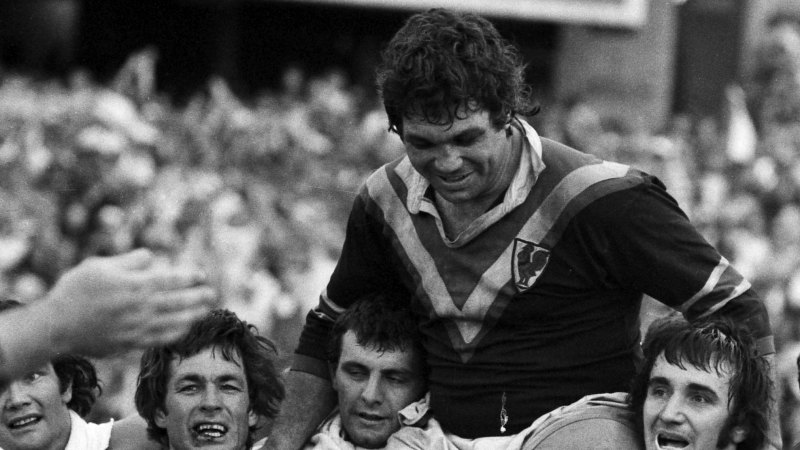 The NRL is already salivating at the prospect of kicking off the 2023 season with a Dolphins-Broncos blockbuster, but the league’s newest team hopes to instead play the Roosters first-up for the Arthur Beetson Cup.

NRL CEO Andrew Abdo has indicated the code’s latest local derby, which will generate huge interest when former Broncos coach Wayne Bennett officially joins the Dolphins, is the ideal way to begin round one.

While the Dolphins, grateful to have been granted the game’s 17th licence, won’t quibble about the draw, their preference is for the Roosters to be their first opponent. The clubs have a shared history through the late, great Arthur Beetson, the rugby league Immortal who began and finished his football in Redcliffe. In between times, Beetson became a giant of the game during a storied stint for Eastern Suburbs.

Dolphins officials discussed Beetson’s Redcliffe-Roosters links during the pitching process to the NRL and their desire for the teams to play for the trophy in Beetson’s honour. They also stated their preference to play against the tri-colours first to honour the great prop’s legacy.

Roosters chairman Nick Politis, who backed the expansion of the game in Queensland, said the proposal has merit.

“For sure, we’d love to look at that,” Politis said.

“It’s early days, but we’re open to any good ideas. Why not? It’s good for everybody, it’s good for the game.”

Dolphins chief executive Terry Reader said the club had consulted with the Beetson family about the potential initiatives. 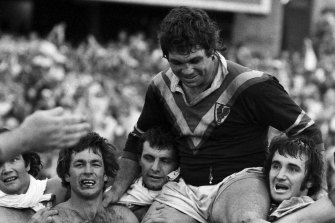 Easts captain Arthur Beetson is chaired by teammates after the 1975 premiership win.Credit:Fairfax

“We had detail around that in our submission [to the NRL],” Reader said.

“One thing a lot of people don’t know, Arthur Beetson was part of our first-ever premiership that the Redcliffe Dolphins won in the BRL [Brisbane Rugby League] comp.

“He did write in his book that it was his dream before he died to see the Dolphins play the Roosters in the NRL.

“How wonderful now that we will be able to make that happen for him and especially for his family. That’s something we pitched, we had conversations during the bid process with the Roosters that we’d love to talk about how we do something with them, whether it be the Arthur Beetson Cup or something like that.

“His family is really excited by that. That is one thing the Dolphins will represent for the game, we have a great story to tell.

“Not to rain on the parade of playing the Broncos, let’s build up to that.

“Everyone is going to be excited because we’re going to have a genuine derby here in Brisbane. We’ll have an old BRL side coming up against the biggest club in the NRL, it’s going to be a wonderful story and the narrative that can be written around it.

“You only have to look at what happens in every code, the derbies are the biggest games. We’d like to think we could have two sellouts there.”

The Dolphins are full of admiration for the Roosters on another level. Asked if there was a club that represented a model for the newbies to aspire to, Reader pointed to the Bondi Junction outfit.

“If you have the right structures and the right processes in place, people can succeed,” Reader said.

“The Roosters are a wonderful example of that. They lost almost two-thirds of their starting squad this year, they had all of that salary cap sitting on the bench. Yet everyone they brought up, because of the structures and the coaching they have in place, came in and did the job.

“It was next man up and it was wonderful to watch. Anyone would be impressed by that and if you can emulate something like that, you’d be in a really good position.” 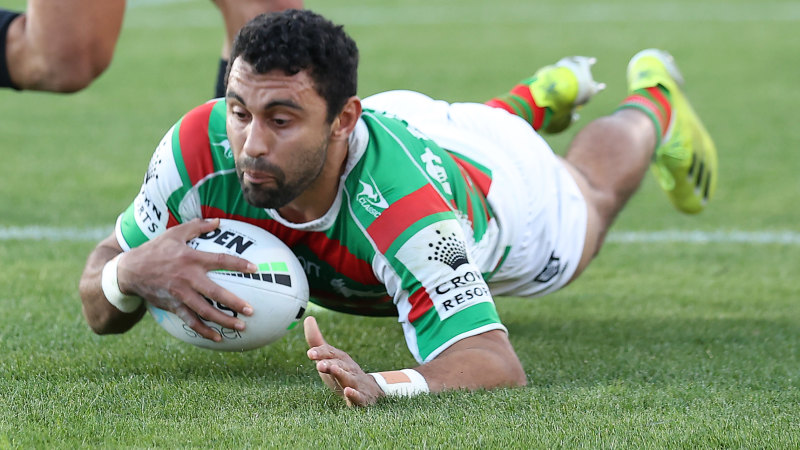