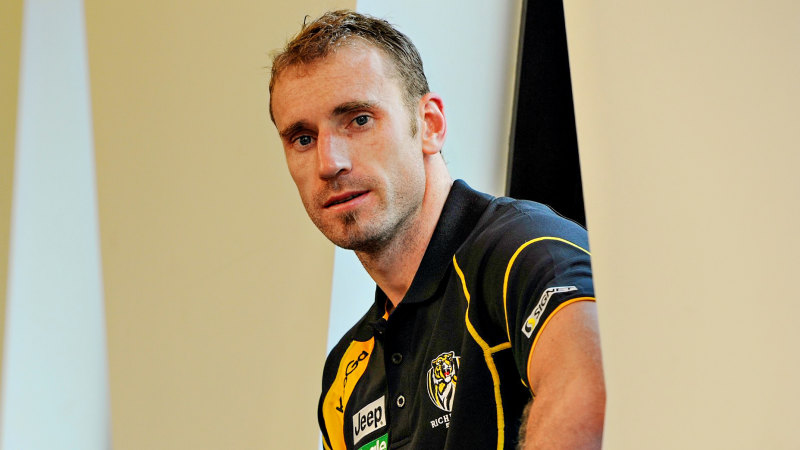 The coronial inquest into the death of former Richmond footballer Shane Tuck will consider the findings of the AFL’s investigation into studies carried out by concussion advisor Associate Professor Paul McCrory.

The state coroner John Cain is in charge of the case after taking over from Simon McGregor, who recused himself from the inquest following a directions hearing in March 2021. 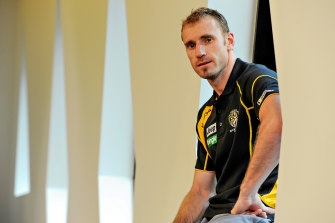 The late Shane Tuck, who died at the age of 38.Credit:Sebastian Costanzo

In a public hearing held in October last year, Cain said he was “far more interested in what the current state of play is in relation to the management of concussion and head knocks in the AFL and boxing”.

The inquest is ongoing and the Coroner’s Court told The Age last week it “could not confirm hearing dates until they have been scheduled and all parties notified. At this stage, no hearing dates are scheduled.”

Tuck died at the age of 38 in July 2020 and an autopsy found that he had severe chronic traumatic encephalopathy (CTE), which can only be diagnosed after death. Tuck played 173 games over 10 seasons for Richmond.

The AFL launched an investigation into the historical medical research and advice McCrory provided to the league after questions were raised about his research on concussion amid plagiarism allegations.

It also became clear the AFL was not aware he had given an enforceable undertaking to the Medical Board of Australia to not perform neurodiagnostic procedures and/or nerve conduction studies and/or electromyography until approved to do so by the board.

The league does not expect to conclude its investigation into McCrory until August. It appointed senior lawyer Bernard Quinn QC to conduct the probe, which means a conclusion to the investigation will not occur until after then.

The AFL did not employ McCrory, but he was a long-standing advisor on concussion, and he was understood by the league to be an expert in the field.

He was also chair of the concussion in sport group that played a significant role in informing the AFL’s concussion policies.

AFL players must have a 12-day break under concussion protocols introduced at the start of last season and the league continues to conduct research into the effects of concussion.