Carlton coach David Teague has declared his side is prepared for a shootout against the Western Bulldogs on Sunday, as the Blues attempt to prove they are legitimate finals aspirants.

Buoyed by a stirring win over arch-rivals Essendon, the Blues have improved to a 3-4 win-loss record, but they haven’t beaten a finals side since toppling the Bulldogs by 52 points in round six last season. 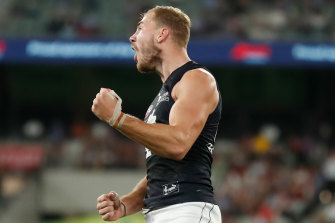 The Blues have conceded an average of 91.4 points per game this season, ranked 12th, and have given up more than 100 points on four occasions. But they can score, as shown against the Bombers when Harry McKay booted four goals as part of Carlton’s 123-point tally.

Whether Teague’s high-scoring game plan can stand up in finals remains questionable but, against the Bulldogs at Marvel Stadium, he feels a shootout is on the cards.

“If we concede a big score, we just have to make sure we kick a bigger score. It’s scores for versus scores against,” Teague said on Thursday.

“I will be honest, I think this game could be quite exciting. It might be a high-scoring game. I think both teams will do their best offensively but it could end up being a more offensive game. What you have got to do is balance the two. Against Essendon early, our defence was probably off, but we upped our offence to make sure we can stay in the game.

“You have to adjust to what is out there. Do we want to get our defence better? Yes, it’s probably our biggest growth area but sometimes the game requires you to score and that could happen this week.”

The Blues face a significant challenge to score heavily against the Bulldogs, for Luke Beveridge’s men concede a miserly 62.4 points per game (ranked second).

They will be without Mitch McGovern, who is facing eight to 10 weeks on the sidelines because of a hamstring tear. The marking forward had played the past three matches, booting four goals. His latest injury adds to a frustrating three years with the Blues, including missing five straight matches last year because of a hamstring strain.

Teague said Paddy Dow, who took to the training track, was in line to play despite being subbed out against the Bombers because of an accidental hit to the eye. The swelling has subsided.

High-priced recruit Zac Williams (soreness) and former skipper Marc Murphy (neck) are in line to return, while Jack Silvagni is firmly in the mix, having recovered from a shoulder injury. Jack Martin (knee) could be a month away from playing senior football.

Tighten the screws: Where the Blues need to improve defensively 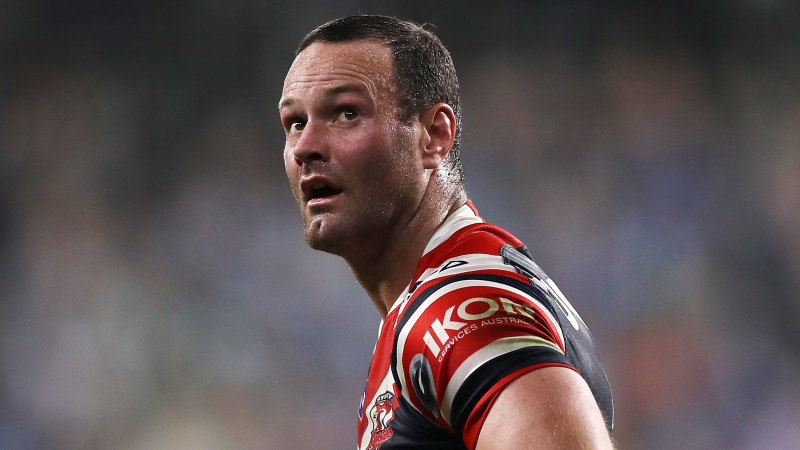