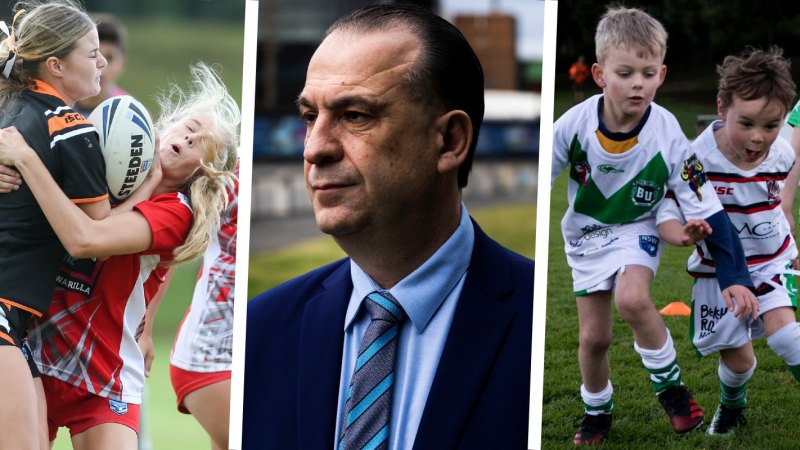 Peter V’landys quotes numbers with a whirring speed that would turn a Silicon Valley computer green with envy. If you are unprepared for a debate, it can be akin to taking your schoolboy French into a negotiation in a Marseilles market.

Do your research, however, including numbers on junior participation and financial accounts, and it is clear why the NSWRL and QRL would have some sympathy with the growing number of NRL players dissatisfied with the reign of the combative ARLC chair. 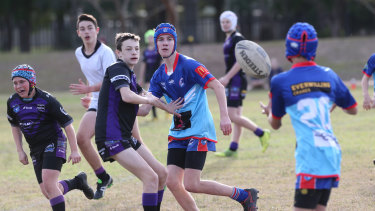 The states argue that junior participation has gone up and funding gone down, while V’landys argues the reverse, insisting a declining number of juniors playing is more related to head injuries in the NRL.

“COVID,” says PVL quickly by way of explanation. True. All junior school programs in 2020 were suspended and state competitions were cancelled, while NRL clubs received more funds in order to continue the competition and preserve the TV contract.

However, the states insist the cuts are “ongoing”, with the QRL’s Bruce Hatcher saying “we are 20 per cent worse off” and NSWRL’s David Trodden claiming a 25 per cent cut.

In fact, he projects a final year number of 87,415, which means registrations would have recovered to 2015 levels.

Hatcher says: “We’ve had an increase in participation in all areas, except the schools, which is the jurisdiction of the NRL.”

PVL briefly concedes: “We have dropped the ball in the schools.” 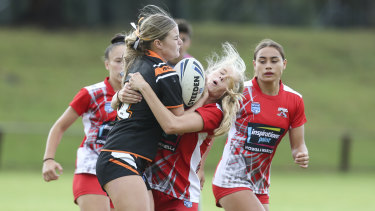 Participation rates among girls are on the rise, but those numbers are off a low base.Credit:Anna Warr

But this will be addressed by an ambitious re-routing of funds to “Project Climb” where development officers will be assigned away from NRL administration to the states. It’s true there is considerable duplication with talented Brisbane schoolboys visited by three development officers – one employed by the NRL, another by the QRL and a third by the Broncos.

“My biggest concern is the millions of dollars we have spent on participation with little result,” PVL says, quoting grant figures that are confidential.

“The results are poor but we’re not cutting back. The states will get a fair whack of the $40m assigned to Project Climb and it will mean they will gain an overall increase in funding.

“But the decline in participation has nothing to do with funding.” 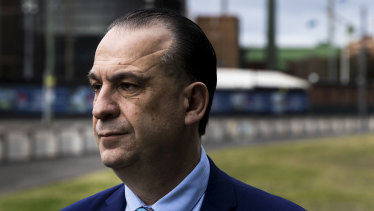 Peter V’landys is a numbers man but is he using slippery figures or reliable stats?Credit:Dominic Lorrimer

What about those rising NSWRL male participation numbers? “They are only year-to-date figures,” he says, claiming only actual end-of-year figures can be used in comparisons.

Hmm. Well, what about the exponential rise in the number of female participants in both states? “The figures are off a low base,” PVL says, which the states concede.

OK, but if NRL head injuries are related to a declining numbers of juniors playing, why are mothers letting their daughters play in record numbers but not their sons?

PVL again resorts to numbers. “What is a registration? I haven’t scrutinised the figures but the males are genuine figures. Are some of the females tag players?”

Asked about the validity of the data, Trodden says: “Some of the females play 13-a-side league tag, as opposed to full contact but, save for that qualification, they are full-season registered club participants.”

With numbers of registered female participants in NSW doubling to 22,473 in only five years, surely there are some mothers allowing their daughters to tackle? Hatcher, who was watching a female game as we spoke, is excited for its future, despite declaring it “underfunded”.

PVL counters with the “Hallelujah” messages he is receiving from the mothers of junior rugby league players following his crackdown on head injuries.

Although a data-driven person, PVL concedes “perception” is a powerful force.

‘But the decline in participation has nothing to do with funding.’

For scientific evidence that the junior game is a different beast to the NRL and very safe, it’s relevant to cite a study led by Dr Rhonda Orr of Sydney University, published last year in the Journal of Science and Medicine in Sport.

The only non-anecdotal study ever done of injuries across a large cohort of all-age Australian community junior rugby league players, male and female, over a season, it reported: “Injury prevalence (5.9 injuries/1000 player hours), was lower than previously reported, suggesting the sport has not become more dangerous for junior players.”

It would make good reading for rugby league’s man of numbers.

Our Morning Edition newsletter is a curated guide to the most important and interesting stories, analysis and insights. Get it delivered to your inbox.