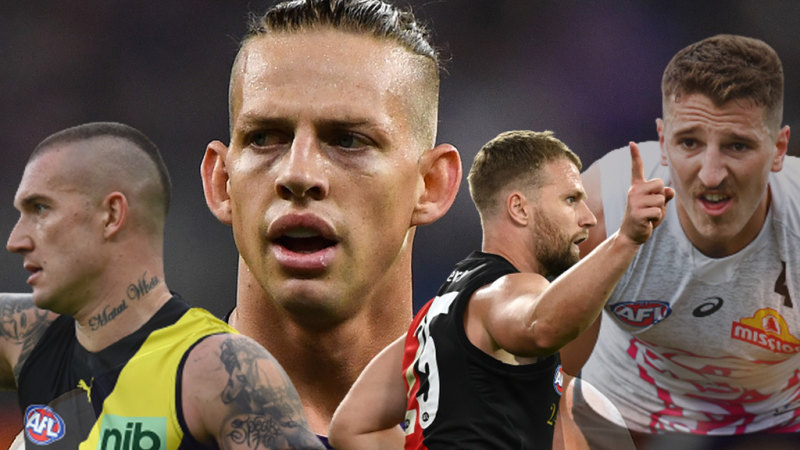 With dual Brownlow medallist Nat Fyfe’s return from injury drawing closer, Collingwood supporters are entitled to be nervous about him coming back for their clash with the Dockers in round 10.

There’s been a trend in recent weeks with key players returning against the Magpies.

It started when Essendon decided Jake Stringer and Zach Merrett were suddenly fit to play on Anzac Day with the pair making Collingwood’s win more hard fought than otherwise would have been.

Then last week, Richmond’s Dustin Martin’s long-awaited return occurred against Collingwood at the MCG with coach Craig McRae joking he was “pumped″⁣ about the champion Tigers’ return. 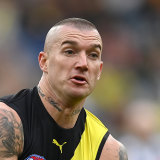 Dockers’ coach Justin Longmuir indicated a couple of weeks ago that Fyfe would be back for Collingwood but it appears he may have to wait for the star to return after round 10.

Don’t bet on it because an upcoming match against the Magpies has incredible healing powers it seems.

On the picturesque Gellibrand ground that is home to the Otway Districts football club, David Wheadon – author of The Art of Goalkicking – ran a goalkicking sessions last Thursday night as the crisp air darkened and the trees cast longer shadows across the ground.

A couple of the lights were on the blink but former Cat Max Rooke, who had asked Wheadon along, told the experienced assistant not to worry about teaching players goalkicking in the dark as it would mean the players involved would not know when they missed their target.

That’s not exactly high performance, but it’s consistent with the humour necessary for local clubs to function on limited resources using volunteers.

Rooke, from West Barongarook (yep that’s right), has become involved as an assistant coach at Otway Districts, mainly because he loves the feel of the place a few hours from Geelong where he played in two flags.

The Art of Goalkicking applies in the bush and at the MCGCredit:D

Most famous for his chase down tackle and goal that set the tone against St Kilda in the 2009 grand final – an underrated clash – Rooke was one of the toughest players in the most testing of grand finals. 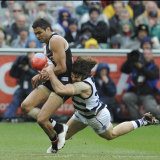 That goal was the first of the game and he also kicked the last, bookending a game that saw the Cats partly relieve the pain from 2008 when inaccuracy contributed to their upset loss against the Hawks (a game in which Rooke kicked 2.0).

Wheadon not only rates Rooke alongside former Tiger Duncan Kellaway as the toughest player he has coached but as a good technician around goal kicking 58.29 in his career including a stretch where he booted 12.1. He also said he is one of his favourite players from all his time in football.

The master analyser talked to the Otway Districts gang about how to become better at the conventional set shot including:

Wheadon could have used the term ‘gyrostatics’ to describe the third point on the list but held off on using the term to a bunch of country footballers keen to hit the rooms for a Thursday night feed.

In any event he knew they could read his book which outlines in extraordinary detail what lies behind accurate goalkicking. Not that they had many chances at the weekend, kicking 3.2 (20) in their second defeat of the year.

Just seven of the 22 players who helped Carlton defeat Adelaide on Sunday were even born when the Blues were 6-2 after eight rounds way back in 1996.

In that team which looked set to go back to back before the wheels fell off were Jack Silvagni’s dad, Stephen, St Kilda coach Brett Ratten and Blues’ football director Greg Williams.