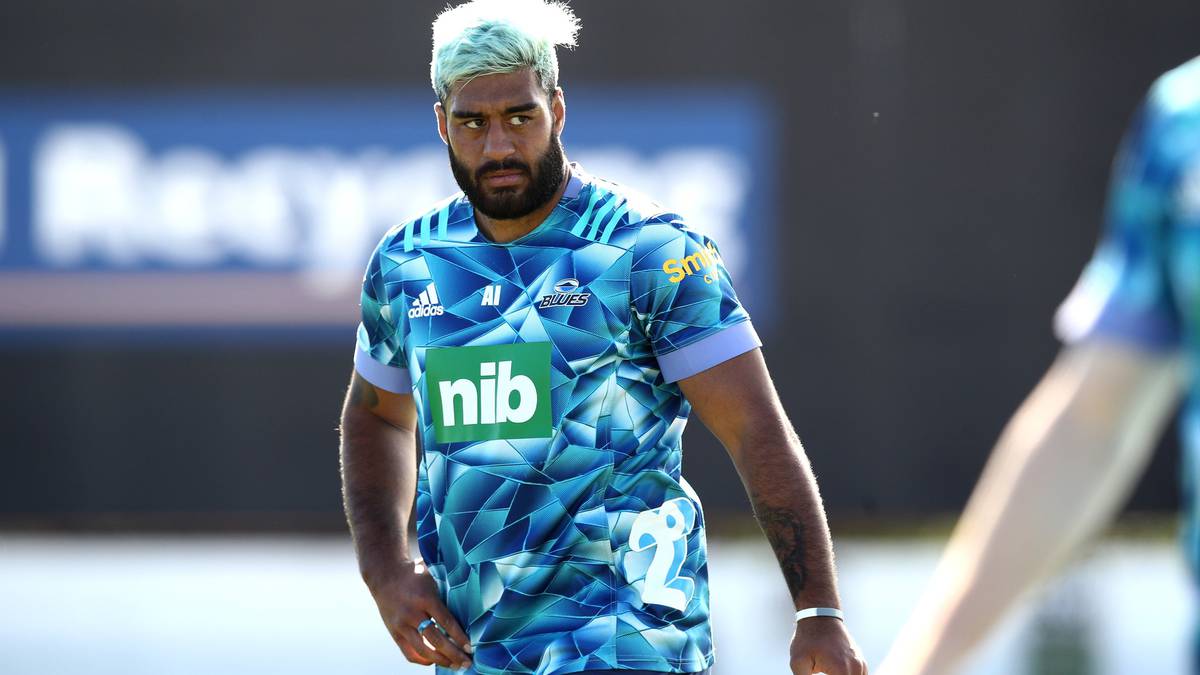 One of the many challenges elite rugby players juggle is attempting to satisfy multiple coaching ideals.

The All Blacks may want an athlete to play a certain way or in a specific position, only for their Super Rugby franchise to hold different views.

Damian McKenzie was case in point. During his time as All Blacks head coach Steve Hansen wanted McKenzie to play first five-eighth for the Chiefs. Dave Rennie viewed McKenzie solely a fullback – and therefore played him there.

Such differences in opinion stretch further than positions to style of play, too. It’s why the All Blacks are always rusty in their first outing of each year as they attempt to integrate players from five Super Rugby teams into one functioning unit.

Differences in game plans has relevance in Akira Ioane’s case this year.

Ioane finished last year as the All Blacks’ preferred blindside flanker after significantly improving in his work-rate and adopting a tighter style that involved making repeat dominant tackles and ball carrying efforts.

Ioane will always be capable of eye-catching offloads, but the All Blacks instead demand he regularly imposes his physical attributes.

This year the Blues have largely used their loose forwards in the wider channels, limiting their collective involvement particularly during their disappointing Aotearoa campaign where their big men in the middle of the park struggled to achieve go-forward.

That’s partly why Hoskins Sotutu has battled to recapture the form that catapulted him into the All Blacks last year.

Following the Blues’ game plan has effectively hurt Ioane’s All Blacks aspirations in that he is not playing the tight, abrasive role they want from him.

Last week, making a rare start at No 8 for the injured Sotutu after falling behind Tom Robinson at blindside, Ioane made 14 tackles, 16 carries and 63 metres in his busiest performance of the season against the Waratahs.

Finding the middle ground between roaming wide and being involved in the middle of the park remains a challenge, though, as does attempting to please different coaching views.

“When I’m with the Blues we have our own game plan which is different to the All Blacks,” Ioane said this week. “I’m not going to jeopardise myself in here to impress the All Blacks coaches. I’ll do what’s best for the team I’m playing for and that’s the Blues at the moment so if it is stay wide then I’ll stay wide and do my part but there’s things I need to work on; I need to get off that wing a little bit more.

“There’s little things I can bring that the All Blacks coaches told me to work on when they need me to play that tight game, but if we’re trying to play expansive rugby the Blues would rather have me out on the edge. I can’t really argue with the coaches here because then I get dropped and don’t play at all so it’s about doing my part.

“It does suck that you can’t impress both parties at the same time.”

When assessing players’ form in regards to All Blacks selection, coaching instructions and specific roles often aren’t taken into account by punters.

After several years of on the fringe of the All Blacks Ioane broke through to earn his test debut last year, featuring in three of six games which included two starts. He’s keen for more this season, but knows competition is fierce with Luke Jacobson and Ethan Blackadder among those staking claims.

“I enjoyed my time in the All Blacks,” Ioane said. “It was just a little taste of if I work hard that’s the rewards I’ll get. I’m not trying to think too far ahead. The way I perform and play in this campaign should help my cause but there’s a lot of good loosies out there so it’s going to be tough. I’m looking forward to the challenge, and no doubt we’ll see at the end of this competition.”

For now, Ioane is intent on pushing for more regular starts with the Blues in the remaining weeks of Super Rugby Transtasman that continues with attempting to maintain his side’s 2-0 start against the Brumbies at Eden Park on Saturday.

“I got through a lot of work and it was good to get the start and play the full 80 – it had been a while. I’m glad my legs were in it all the way. I’m happy with what I did and looking forward to the Brumbies this week.

“We haven’t played the Aussies in a while so I think they’re just getting used to us. No doubt the last four weeks the Aussie teams will start showing up so you can’t button off – you’ve got to treat every team with respect.”