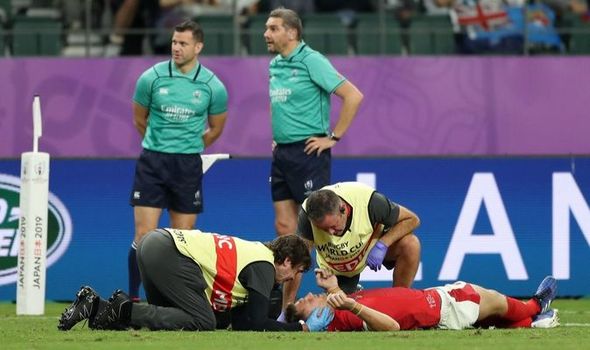 Rugby fans have taken to Twitter to send messages of support to Wales star Dan Biggar after the fly-half was knocked out during the World Cup clash with Fiji.

The 29-year-old looked to be out cold after a collision with team-mate Liam Williams in the second half, with Biggar’s head being struck by a shoulder and hip as he crashed to the turf.

The match was finally balanced at the time, with Fiji leading the Welsh 17-14 after referee Jerome Garces had awarded the Pacific island a penalty try after the interval.

Josh Adams’ hat trick try handed Wales the lead once again after the crunching collision between Williams and Biggar, but the latter was unable to knock over his third conversion of the day after being replaced by Rhys Patchell.

Williams went on to score Wales’ fourth try of the game with 10 minutes to go, sealing a third win of the tournament for Warren Gatland’s men after a bruising encounter.

Following the sickening hit on Biggar, fans took to social media to wish the Wales ace a speedy recovery.

One supporter wrote: “That was a brutal hit. You could feel that through the TV.

While one added: “Praying for Biggar.”

Another fan expected the knock to rule Biggar out of the rest of the tournament, adding to Wales’ mounting injury problems.

They wrote: “That’s probably Dan out of the tournament now, I really hope he’ll be okay.” 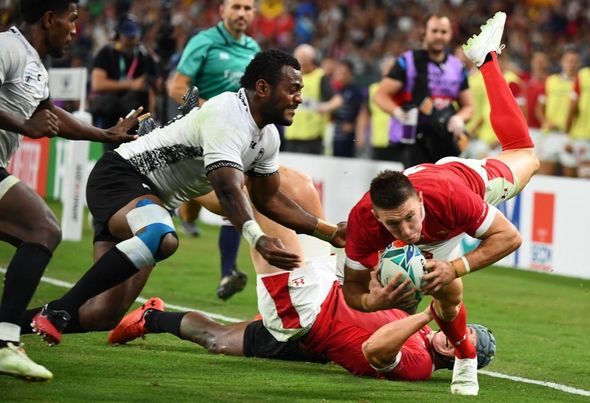 Another supporter added: “Ouch, would have taken me a week to get up from that. Hope Dan Biggar is ok.”

While a fan in Ireland wrote: “Oh Dan Biggar I felt that from Dublin.”

One viewer hailed the rugby star after withstanding such a brutal hit.

They put: “Dan Biggar is nails, fair play. Normal people would be dead after that.”